Trending
You are at:Home»Facts»What are the Health Benefits of Creatine Plus HMB? 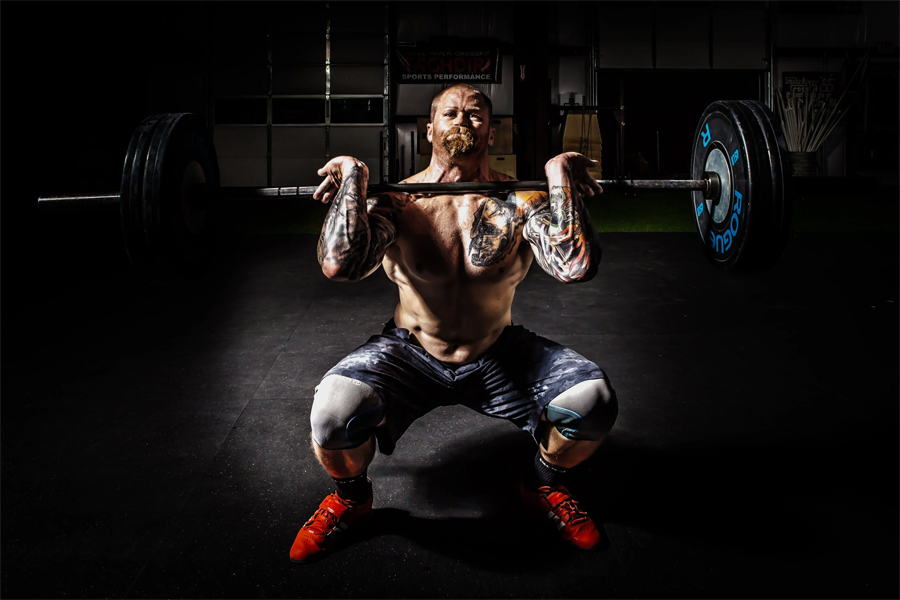 Athletes and your everyday gym-goer may consider experimenting with natural supplementation to increase muscle mass, improve energy, and enhance their performance. Both creatine and HMB are two commonly used and safe substances that are produced in the body, but adding more of these amino acids can speed up the gains you make and help you reach your goals.

Another amino acid created in the liver, HMB works similarly to creatine in that it supports muscle growth. HMB is an active metabolite of leucine that reduces protein breakdown in muscles but isn’t as effective as leucine for protein synthesis. Still, HMB can reduce muscle wasting period and can help athletes reach their goals faster and oftentimes safer.

Why Combine Creatine and HMB?

Creatine and HMB are a match made in heaven because both makeup for what each other lacks. Creatine helps athletes gain muscle mass and improve energy output, which is beneficial pre-workout, but HMB improves post-workout performance by preventing muscle breakdown and quickening recovery time. In the end, you create a truly fantastic product when you combine both creatine and HMB, like the Strength Series Creatine HMB supplement on this page.

Health Benefits of Creatine and HMB

Creatine increases phosphocreatine stores within muscles and boosts the production of ATP. Every cell in your body uses ATP as an energy source, including HMB, but creatine uses that energy source to fuel your muscles during a workout.

During a short-duration, high-intensity workout, creatine will improve performance and strength. Resistance training is also improved by a creatine supplement in the following areas:

Both men and women benefit from a creatine supplement. A study that followed 15 college women over a 5-day creating loading session found that it delayed muscle fatigue. It’s likely their muscle recovery would have increased with an added HMB supplement.

Both creatine and HMB can delay muscle wasting and increase strength and endurance. 10% of elderly people are affected by age-related muscle loss (sarcopenia), which could lead to more falls, but creatine helps the elderly lead more comfortable lives.

Taking HMB without creatine can prevent muscle loss and preserve grip, increase leg strength, and may stall or improve atrophy in patients who are bedridden.

HMB is more effective at tackling conditions unrelated to age than creatine is, as there are multiple studies that suggest HMB can improve cachexia. Cachexia is brought on by another illness, typically cancer or AIDS, and will result in weight and muscle loss.

Without the help of creatine, HMB can improve cachexia in the following ways:

HMB is more effective if cachexia was caused by immobility, cancer, or steroids.

Creatine, when eaten with carbohydrates, can improve recovery for a resistance training-related injury, like an extended knee muscle or joint. When taken with maltodextrin, a filament in multiple foods, it’s also known to reduce inflammation, or runner’s knee, in sprinters. HMB produces a similar effect but can improve on creatine muscle strengthening components.

HMB does a fantastic job at reducing fatigue in the legs. Both creatine and HMB are capable of zoning in on fatigued areas quickly but don’t seem to ignore the rest of the body.

Strangely, creatine didn’t aid in muscle recovery for weight-trained men in this study, but it’s likely due to the test method used. In all other studies that test creatine, they administer the supplement after the workout, not before, which seems to imply that athletes should do the same.

Mental fatigue is significantly reduced with a creatine and HMB supplement because both amino acids improve cognition. A study that examined sleep deprivation in athletes found that creatine improved cognitive skills, athletic performance, and mood after one week.

Another study may link creatine to the cure for brain fog and a poor circadian rhythm. It’s possible that an HMB supplement could improve sleep and brain recovery during rest.

In the elderly, cognition is improved with a creatine supplement after 2 weeks. In this study, the creatine and placebo groups were tested on 5 different tasks. On all tasks except for backward number recall, the elderly in this study showed significant improvement in their results.

Other Benefits With Little Evidence

The following benefits for creatine and HMB have either not been tested on humans or require further investigation. Although it’s possible that the below health benefits are true, it’s still tricky to tell scientifically whether or not humans will benefit in these metrics.

It’s thought that creatine and HMB can improve Alzheimer’s Disease, spinal cord and brain injuries, epilepsy, and stroke and can possibly protect brain cells from deteriorating further. Creatine may also enhance the effectiveness of antidepressants.

It’s likely that creatine increases testosterone, but there is some confusion as to whether or not that’s due to the other substances often taken with creatine. Since meat and fish also contain creatine, it’s thought that the increase in testosterone is due to meat proteins.

Women who take creatine could reduce stiffness and pain in their joints. When used with HMB, bone growth may be encouraged and increase the likelihood of building more bone cells. It’s likely that increased bone density has a lot to do with testosterone levels rather than creatine.

HMB and creatine could lower cholesterol, prevent narrow blood vessels, and reduce the likelihood of a heart attack. However, it likely doesn’t lower homocysteine. Heart disease may be less common in people who take creatine, but this is contested in the scientific community.

Parkison’s Disease symptoms seem to significantly improve with a creatine supplement because it reduces muscle fatigue. It may also prevent dopamine levels from dropping, which is often the reason why Parkinson’s symptoms become more severe.