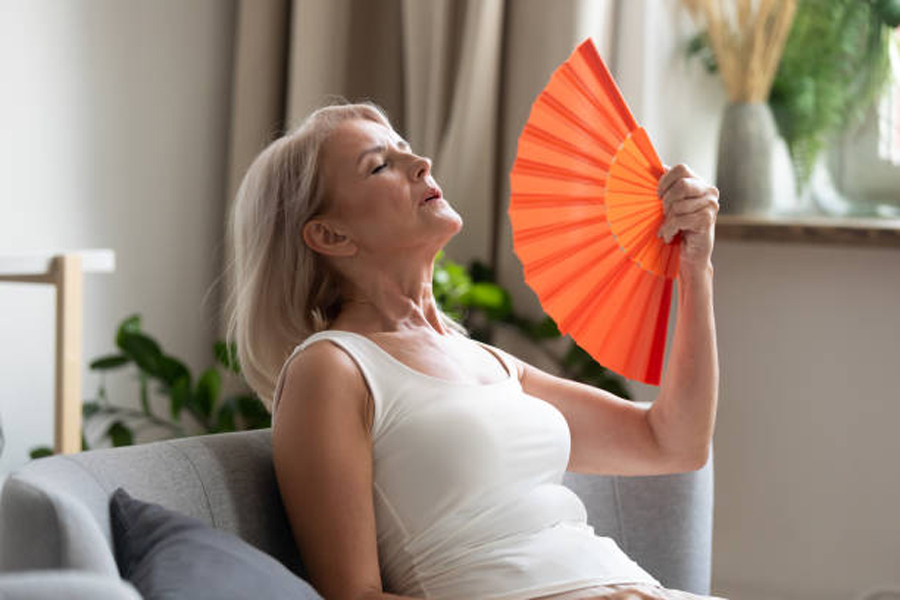 Various social, cultural, and genetic factors, together with an unequal presence in clinical trials, are at the origin of the differences that exist between the sexes in this area. Numerous experts maintain that if the specificities of women were more present, the diagnoses and treatments they obtain could be improved.

Although it is often not noticed, men and women do not get the same illness, nor do they have the same symptoms or react in the same way to treatments. A fact that for centuries was not taken into account by medicine, whose prism was eminently masculine, just like that of society as a whole.

A circumstance that is reflected, for example, in clinical trials, where the female presence has historically been deficient, something that according to various experts harms women to this day in the health care they receive. Not in vain, it is pointed out that if their specificities in this area were more present, the diagnoses and treatments they obtain could be improved.

In addition to the health problems that concern them exclusively –menstruation disorders, gynecological tumors, pathologies linked to pregnancy…– other data in this regard, often unknown, stand out, such as the fact that most of those over 50 with blood pressure high blood pressure are women, that endocrine myopathies (muscular diseases) affect 20% of the female population over 40 years of age, that 38% of those over 50 years of age suffer from disorders of the parathyroid glands due to vitamin D deficiency, that due to their biology they are more sensitive to chemical and environmental contamination, that they regulate cholesterol better with a pravastatin drug than with atorvastatin or that for those under 65 years of age, the best predictor of cardiovascular risk is LDL cholesterol (the so-called bad cholesterol), but from that age, it is the HDL (the good one), as well as that paracetamol or diazepam act differently in the members of each sex.

Concerning this, another of the conditions that women mostly suffer and that is often invisible is the mental load. Thus, the work of planning, organization, and decision-making in the home is assumed above all by them. An unrecognized job can significantly increase stress and anxiety and is the basis of many couple conflicts.

Syndromes such as the ‘bad mother’, in which they feel that they do not arrive and that they do not do things well enough with their children due to an overload of functions in other important vital areas, come into play here, something that also responds to the roles imposed on them by society, a circumstance about which, although awareness has changed in recent years, there is still a long way to go.

Cardiovascular diseases, osteoporosis, urinary tract infections, depression, breast cancer, and cervical cancer are the most frequent diseases in women. According to the WHO, non-communicable diseases continue to be the main cause of death in them, especially cardiovascular diseases, which are the ones that cause the greatest number of deaths. As for cancer, breast, cervical, and lung cancer are the ones that cause the most deaths.

Biological factors, due to genetic, hormonal, and physiological differences; and the socio-cultural ones, due to differences in social position, living conditions, behaviors, access and control of resources, can negatively influence women’s health. For a long time, clinical studies on pathologies were carried out almost exclusively with male samples. Possibly, one of the causes was due to the assumption that the differences in health between one gender and another were due to their reproductive organs.

In the early 1990s, a scientific community was already aware that there are differences between men and women that they can explain why various pathologies manifest themselves differently in each sex and why the body can react differently, differences that can be attributed to social aspects since different jobs and tasks are given, and also to exposure to different risk factors for diseases.

Concerning cardiovascular diseases, often undertreated, one of the fundamental aspects is the delay in diagnosis. The symptomatology is sometimes different because, for example, chest pain is absent, a greater presence of interscapular or neck pain, and even that it only manifests itself as respiratory difficulty. Something to which is added that, in them, symptoms in less urgent situations are often misinterpreted, relating to situations of anxiety or stress.

For this reason, it underlines the need to carry out more research and training in cardiovascular diseases in women, for whom the fact of exercising multiple simultaneous functions negatively affects their health, frequently suffering from osteoarticular problems, depression, somatization, or gender violence, the which entail an increase in their morbidity against many types of diseases and general malaise.

The aforementioned differences also occur at the psychological level. It is reflected in what has to do with the roles, which make the woman be assigned one that entails an overload at a mental level because she feels that she has to take care of the house, the children, and herself and that she has to have everything covered. It is what society imposes on them, which makes them feel more pressured to do a greater number of things. That is where syndromes such as the ‘bad mother’ appear, for which they feel they should do more, something that is not required of men.

Among the disorders that are most prevalent in women, some experts highlight depression, together with postpartum depression, hormonal disorders such as polycystic ovary or premenstrual dysphoric, and bipolar disorders. From the moment of puberty to menopause, and also taking into account the social pressure to which we are subjected, we are more prone to all of this.

Apart from these, there is also post-traumatic stress disorder, because we are more likely to suffer violence, and anxiety disorders. On the other hand, there are also eating behavior disorders, more typical in women, and body dysmorphism, which are due to the image of women promoted by environments such as social networks and carried by women.

Finally, it would be positive to educate more on values ​​and for there to be more resources, such as greater psychological care, advice where they can call to let off steam and make consultations or places to do group therapy with women who go through the same thing and thus feel better and more protected. There are many online resources that anyone who wants to know about important aspects of women’s health can use. One of them is bywinona.com.