Trending
You are at:Home»Facts»What is Autism spectrum disorder? 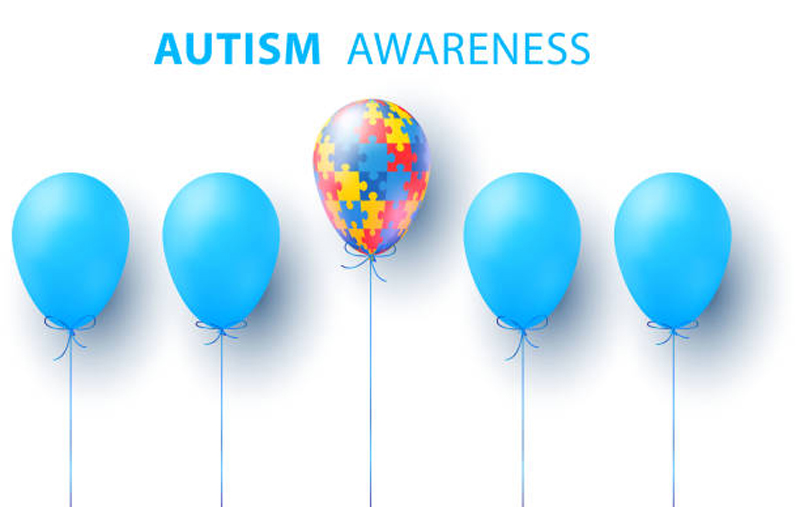 Autism spectrum disorder is not one but a group of disorders. These disorders are characterized by specific signs and symptoms that commonly include repetitive behavior patterns, speech, social skills, and communication challenges. This group of disorders includes Autism, Asperger’s syndrome, and a specific form of pervasive developmental disorder. It is useful to think of Autism spectrum disorder as a neurodevelopmental disorder. This means that it is a disease in which the development of the brain is different from normal.

What is the significance of the term “spectrum” in autism spectrum disorder?

The term autism spectrum disorder includes the word “spectrum,” which indicates that patients with ASD present in a non-specific clinical presentation and can present with a range of functional abilities in different patients. This essentially means that different patients show in different ways and that some patients can function normally, and others require assistance to carry out daily living activities.

What type of patients typically have Autism spectrum disorder?

What are some common signs and symptoms seen in patients with Autism spectrum disorder?

It is useful to think of the typical presentation of Autism spectrum disorder in terms of issues involving the following:

Scientists do not yet have a clear explanation for the cause of Autism spectrum disorder. However, after significant efforts in basic and clinical research, they have begun to understand a substantial amount about this group of disorders.

The scientific community has thus far concluded that Autism spectrum disorder is a multifactorial disorder. This term means that such a disorder is that the presence of both specific genetic and environmental influences plays a role together to manifest the disorder in young children. There is significant evidence from studies that suggest that these genetic influences can be inherited and happen spontaneously. Environmental influences that are often associated with Autism spectrum disorder development are often described in terms of risk factors.

What are the risk factors associated with Autism spectrum disorder?

In any scientific discussion on risk factors, it is crucial to understand that the presence of a risk factor does not cause a specific disease or condition. It merely refers to the high likelihood of that disease being present in the presence or absence of the described risk factor.

How is Autism spectrum disorder diagnosed?

Unfortunately, there is no simple test available for medical professionals to diagnose Autism spectrum disorder. Once a patient’s parents or physician notices suspect signs and symptoms, patients are referred to specialists who are experts in diagnosing, treating, and managing the condition. The specialists typically include developmental pediatricians, child psychiatrists, or neurologists. Since each case of Autism spectrum disorder is unique, it must be assessed and treated by the health professionals in a tailored approach for the patient. They commonly use the standardized diagnostic criteria for Autism spectrum disorder in the latest version of the Diagnostic and Statistical Manual of Mental Disorders to establish the diagnosis.

What is Pervasive developmental disorder?

The pervasive developmental disorder is like and comprises conditions that overlap with Autism spectrum disorder. This is a group of conditions that start at infancy and are often diagnosed by age three. They are characterized by delays in the development of communication and in the patient’s ability to socialize.

What are the different types of Pervasive developmental disorders (PDD)?

There are five main types:

Many health professionals and research scientists believe that there is an additional type of PDD that should be included in this list. This specific diagnosis is Pathological demand avoidance (PDA).

What is Pathological demand avoidance (PDA)?

Many parents of patients who have been diagnosed with Autism spectrum disorder or Pervasive developmental disorder ask, “what is pda?”. This is a difficult question to answer since it has not officially been defined. It is a term that first appeared in scientific literature in 2003. It is a relatively recent subtype and has not been formally included in the Diagnostic and Statistical Manual as an official medical diagnosis.

Even though there is limited research on Pathological demand avoidance, it is used to describe the presence of a specific constellation of features present in a patient. Due to little research, these features are not definitive. Due to this ambiguity, many professionals consider it useful to these specific characteristics as a profile.

The main characteristics of patients suspected of having Pathological demand avoidance are their intense desire to avoid demands and expectations that most people are subject to. Patients that display this avoidant behavior usually describe feeling significant levels of anxiety. Even though it is something that they usually like to do, this is one of the main reasons for their mixed feelings and develop other behavioral irregularities.

Why is it important to consider including another subtype of Autism spectrum disorder?

It is essential to consider Pathological demand avoidance as a unique diagnostic entity to allow for a correct diagnosis to be established in patients. This is relevant because it will determine the approach of the professionals when treating and managing the patients.