Trending
You are at:Home»Facts»What You Should Know when Taking Out Health Insurance 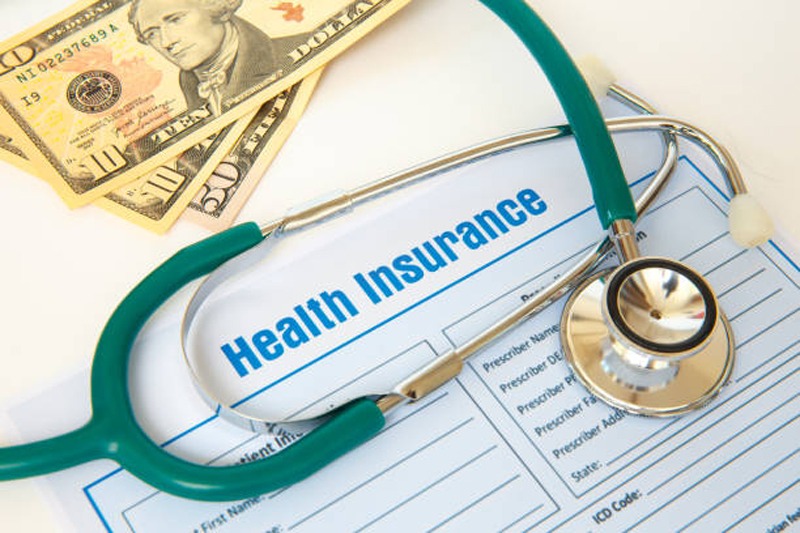 Taking out adequate health insurance is highly important, but that doesn’t mean it is easy. With coverage, expenses, and pretty much everything varying depending on your insurance provider and specific plan, just figuring out which plan to go for can be a battle. Here are just a few of the things you should be considering when purchasing health insurance.

There’s no point in spending a lot of money on healthcare insurance annually if it does not provide sufficient cover for what you need. As a result, the first thing you need to check is the breadth of the insurance. Primarily, this involves checking what specific conditions, diseases, and treatments are  insured by your healthcare plan. Certain insurance plans do not cover pre-existing, chronic, or mental health conditions for example, or only will pay for a certain amount of hospital time. Insurance plans also typically will give you access to a primary physician, but they do not necessarily include access to specialist doctors, like radiologists, for example. Depending on what your specific health situation is, you may therefore need to identify a specific plan which has the coverage that you require. Fortunately, if you have an insufficient insurance plan, you can buy a supplement plan to cover those conditions which aren’t insured. Make sure to compare medicare supplement companies thoroughly before choosing a provider, though.

Coverage doesn’t just refer to medical conditions, either. Each healthcare provider has a different network of physicians who they will pay for you to see. You therefore need to double check that any insurance plan you choose covers the physician you currently see, or if you don’t have a regular physician, that the plan covers a good number of physicians in your area.

The Different Types of Plan

What you might not be aware of is that there are a number of distinct insurance plan that healthcare providers offer. Each of these has notable strengths and weaknesses, so depending on your medical history, you should choose the one that is most tailored to you. Choosing the right plan can end up saving you a lot of money in the long run, too. The four most common kinds are HMOs, (Health Maintenance Organizations, PPOs (Preferred Provider Organizations), EPOs, (Exclusive Provider Organizations), and POS (Point of Service) plans. HMO and POS health insurance plans, for example, require referrals from your primary physician before they will cover any specific procedures or specialist appointments.  This makes HMOs in particular the cheapest plans available, on average. However, there are no guarantees that your doctor will grant your referral, no matter how necessary in your view the procedure or appointment is. This also means that you can’t choose a preferred specialist with one of these plans. If you have a condition that requires regular consultations with a specialist then, you may consider a PPO or EPO plan instead. This can give you less restrictions in terms of your healthcare, but the costs for medical expenses not covered by your plan also tend to be higher.

Another important thing to consider is the expenses associated with your insurance plan. As a general rule, the more coverage you pay for, the higher your insurance premiums will be. Considering costs for the most part thus comes down to what healthcare services you need, combined with what you are able to spend. Some plans also have specific benefits they offer customers, which may save you money if the benefits are relevant to your requirements. This is not the only thing you need to take into account, though. Plans tend to vary in terms of how much uninsured medical expenses cost, and some insurers can charge different rates based on monthly and annual premiums, too.

How the insurance industry Began

Property insurance, the first form of insurance of which we have any record, apparently existed over 2,000 years ago in the Mediterranean area, but no comprehensive records of its use were kept until the late Middle Ages. Most experts believe the earliest type of property insurance was maritime insurance insurance on ships and their cargoes. Shipping was at best a hazardous venture, especially when long distances were involved, and the likelihood of loss acted as a deterrent to trade. The fact that cargoes and ships could be insured encouraged people to risk their money in overseas trade, and the resulting investments helped the shipping industry to flourish.

The first insurers were individuals who were willing to assume someone else’s risk of economic loss in return for a mutually agreed-upon price or premium. The seller usually issued a contract or policy which was signed at the bottom to show that the risk had been accepted. This signature under the terms of the contract is the origin of the insurance term underwriter. The insurance issuer had “underwritten,” or accepted, the risk by placing a signature on the contract, normally at the end, under the terms and conditions. These insurers were known as individual underwriters.

Issuing insurance was actually a speculative business venture in those early days. An essential principle of insurance the ability to accurately predict losses through the law of large numbers was absent. Very little information on the numbers and values of losses had been collected. Therefore, it was not possible to determine accurately the likelihood of loss. As underwriters gained experience and accumulated more statistics on past losses, they were better able to predict the likelihood of loss in a particular situation and could charge premium rates that more accurately reflected the risk of loss the underwriter assumed.

Life insurance was developed after property insurance. Records indicate that a form of life insurance existed in the ancient world and in sixteenth-century England. Until the middle of the eighteenth century, however, those few life insurance contracts that existed were issued by individual underwriters who operated in the same fashion as the early individual property underwriters. As in the case with property insurance, a primary problem with early life insurance was that the available information was not sufficient to enable the underwriters to predict accurately the probable rate of loss. Policies usually were issued for a specified period, and the underwriters had to guess at the likelihood that death would occur during that term. Therefore, the premium charged for the insurance coverage was set arbitrarily.

This problem was alleviated by the accumulation of statistics that were used in setting more accurate premiums for life insurance. Statistical information gathered from birth and death records and census figures was used to calculate average life spans and develop early mortality tables. Although these early statistics would be considered incomplete and misleading by today’s standards, they did help underwriters estimate more confidently how long potential insureds would be likely to live.

A second problem in the early days of property insurance and life insurance was that the individual underwriter’s obligation to a person who purchased insurance could not be enforced if the underwriter died. Consequently, those people who purchased the insurance could not feel much confidence in their insurance protection when they might outlive the person issuing the policy! This second problem was solved by the establishment of corporations to issue life insurance policies. Because such corporations could continue to operate even after the deaths of their founders, these organizations provided the permanence and stability that individual underwriters lacked and, therefore, made it practical for long-term insurance contracts to be issued.

During the nineteenth and early twentieth centuries, the life insurance industry in North America developed the operating principles that, although altered over the years to meet changing conditions, still form the basis for present-day life insurance company operations. With these principles, insurance companies could offer financially sound products to the general public.

Health insurance coverage was first available in the mid-1800s. This coverage took the form of accident policies, which were issued by travel companies to cover passengers on specific journeys. Early accident policies provided for both a death benefit if the traveller died as the result of an accident and an income benefit amount if the traveller incurred specified injuries as the result of traveling on a particular train or boat. The success of these travel accident policies led insurers to issue accident policies that provided such coverage against accidental death or injury but that were not limited to travel-related risks. Many life insurance policies issued during this period provided for the payment of income benefits during periods of disability, and accident insurers used this idea as the basis for developing policies that paid income benefits during a period of disability caused by an accident.

Insurance against losses caused by sicknesses, rather than by accidents, was not sold in the early days of health insurance. However, around 1900, some accident insurers made sickness insurance available to customers who had already purchased accident policies. Most of these early sickness policies provided for only a disability income benefit, although a limited number of such policies included some medical expense coverage.