Trending
You are at:Home»Fruits»Wild Plum: Health Benefits and Nutritional Facts 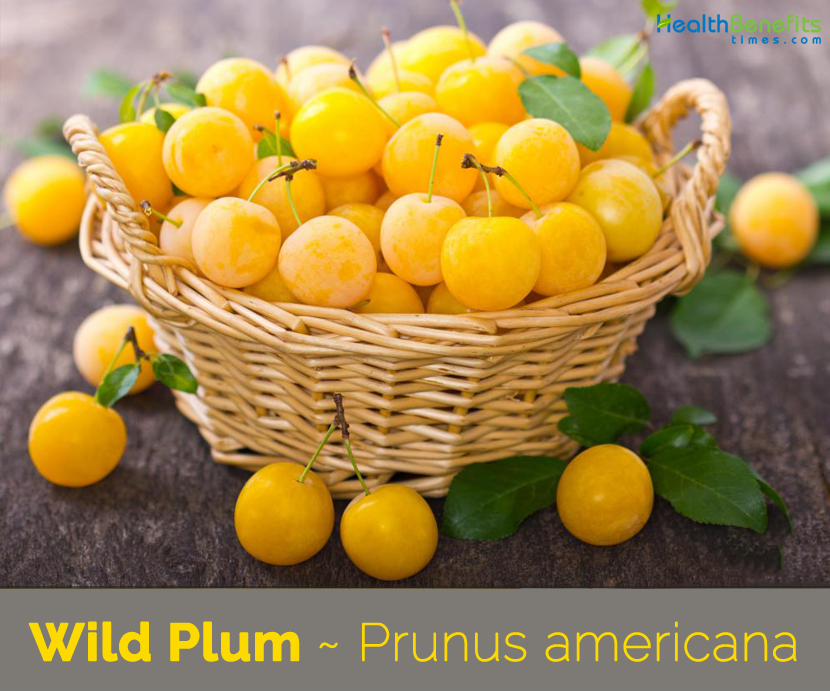 Wild plum scientifically known as Prunus americana is a small, fast-growing, short-lived, colony-forming member of the Rosacea (Rose family) like peaches and cherries, commonly found along fencerows, open fields, and roadsides. The plant is native to North America from Saskatchewan to New Mexico east to New Hampshire and Florida. It has often been planted outside its core range and occasionally escapes cultivation. The plant is commonly confused with the Canada plum (Prunus nigra), although the fruit is smaller and rounder and bright red as opposed to yellow. Many cultivated varieties have been derived from this species. Some of the popular common names of the fruit are American plum, American wild plum, sand hill plum, Osage plum, river plum, sand cherry, thorn plum, wild yellow plum, red plum, August plum, goose plum, hog plum, wild plum,  wild red plum, river plum and sloe. Genus name from Latin means plum or cherry tree. Specific epithet means of the Americas.

Wild plum is a deciduous multi-stemmed shrubs or small single-trunk trees that grow about 15 feet (4.6 m) tall. The plant is found growing along roadsides, by railways, alongside fencerows, in swamps, on rocky hillsides, woodland borders, savannas, thickets, power line clearances in wooded areas, in the moist edges of forests, and in abandoned fields. The plants prefer medium- to coarse-textured, acidic to mildly alkaline soils. It grows in sandy to loamy soils in the Intermountain West and sandy loams and fine sandy loams in the Great Lakes states. In southeastern Michigan, it grows in coarse-textured, well-drained soils. It grows in rich, often calcareous loams in the Southeast.

Finely serrated leaves are alternately arranged, oval to oblong, and 2 to 4 inches long by 1 to 2 inches wide. The leaves have a wrinkled, dark green appearance on top and are smooth with pale green coloration underneath. Their leaves have pointed tips and narrow bases. Leaves turn pale yellow to electric red in the fall.

The small, white five-petaled flowers of the wild plum appear in mid-spring before the leaves emerge. The showy, 1-inch flowers have a strong sweet fragrance that some people find unpleasant. Their flowers are arranged in clusters of 2 to 5 flowers called umbels. Flowers are followed by edible, round, red plums nearly 1 inch diameter during late summer to early fall. Exactly, the fruit are drupes or stone fruits like peaches and mangoes. When ripe, the reddish-yellow to purple fruit are covered in a powdery white bloom or yeast. They have a tough skin and a bright yellow tart-flavored pulp. Each plum has a large slightly flattened stone or pit with two ridges along each side. Inside each pit is a solitary seed.

This species is usually grown for ornamental value and not for fruit production, however. Although the plums can be eaten raw, the quality is somewhat poor. The fruits are perhaps better used for preserves and jellies. Nowadays the fruits are eaten fresh, canned, preserved in jams and jellies, baked, and made into fruit roll-ups. It is propagated by seed, but the rate of spread by seed is quite slow. 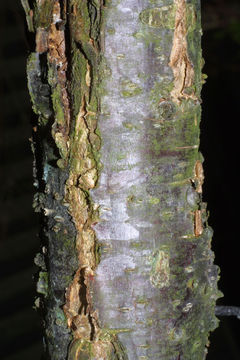 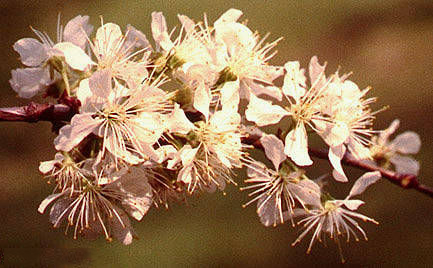 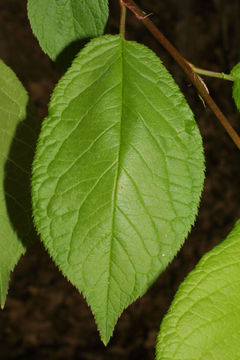 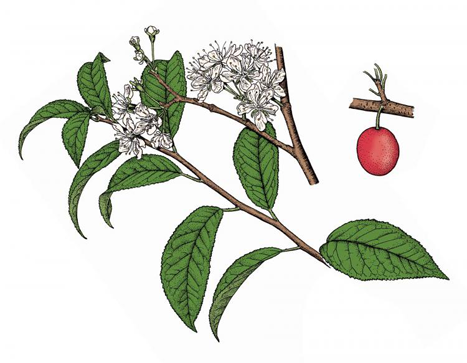 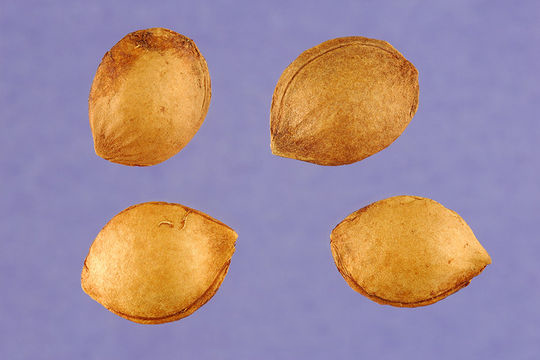 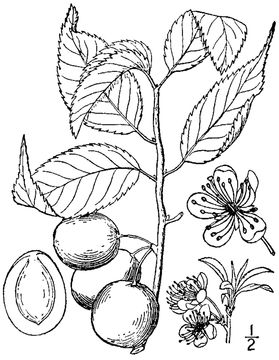 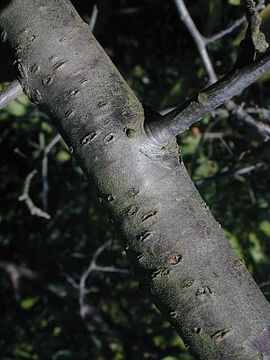 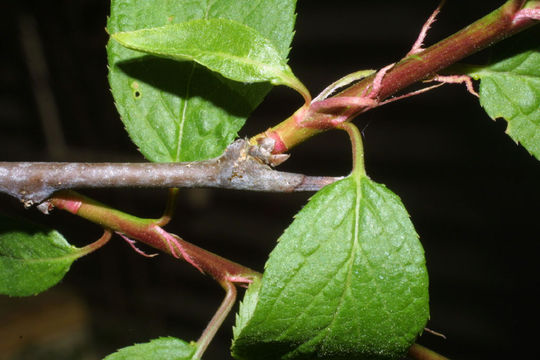 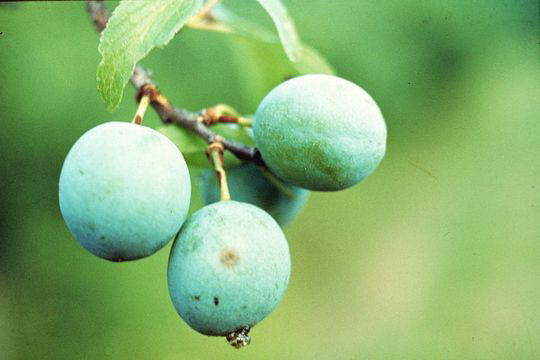 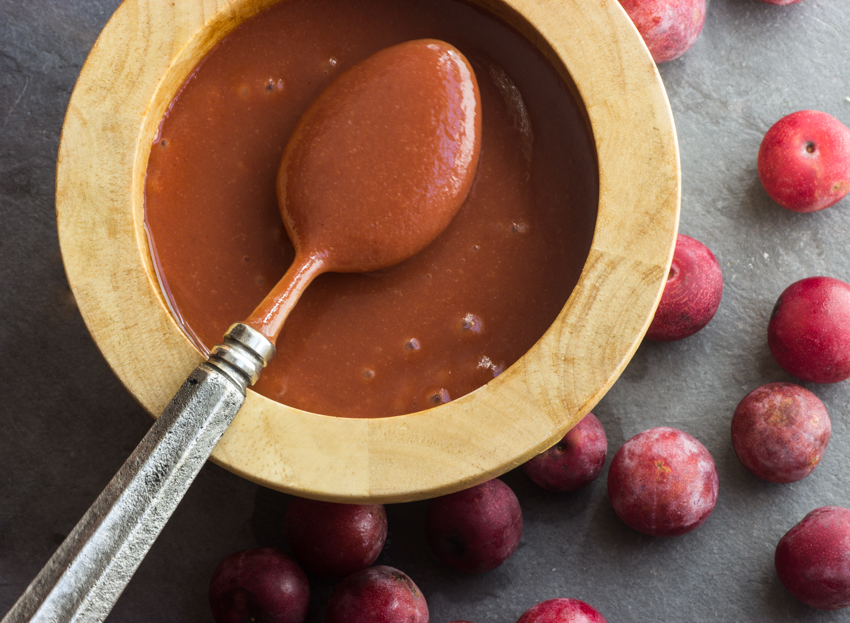 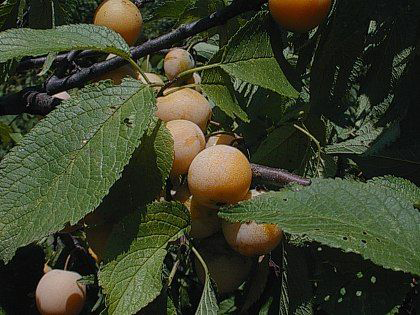 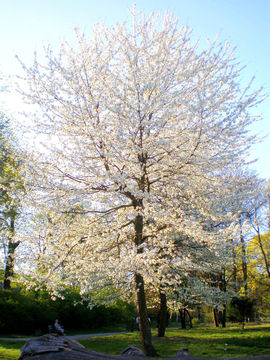 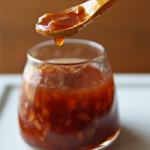