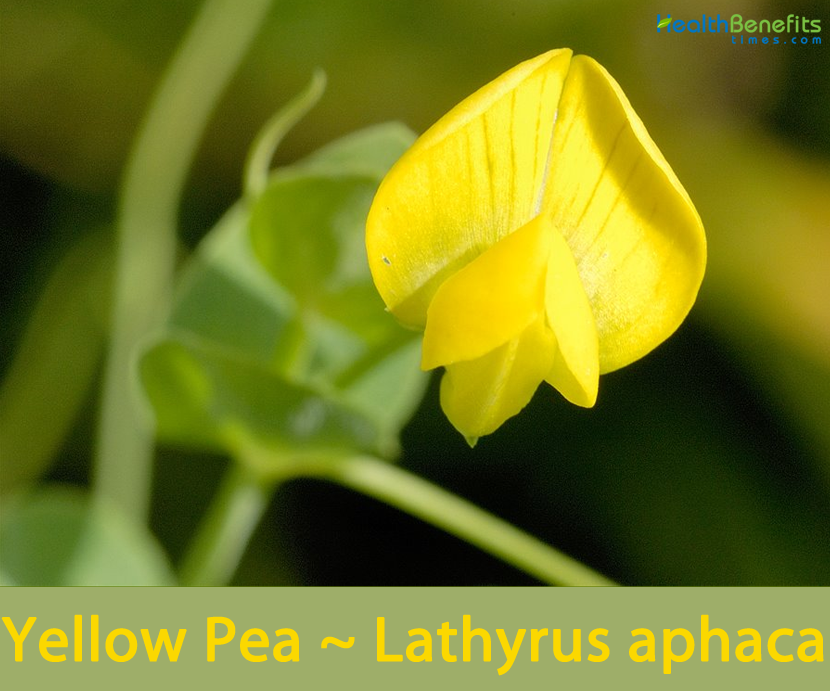 Lathyrus aphaca, commonly known as the yellow pea or yellow vetchling, is an annual species in the Fabaceae / Leguminosae (Pea family). The plant mostly occurs in Western and Southern Europe, southern part of Central Europe, northern parts of Africa as well as in South-Western and Central Asia and introduced in North America, where it has scattered occurrences, mainly in the south and the west. In New England it has been collected only in Massachusetts. Apart from yellow pea it is also known as Yellow vetchling, Yellow pea, Yellow Vetch, Yellow peavine and Yellow-Flowered Pea.

Genus name Lathyrus is the ancient name for chickling pea. The species name is used by Pliny for the lentil like plant. Some consider it to be a weed, particularly when in areas where it is an introduced species, including northern Europe and North America. It acclimates best to dry places, such as sand, gravel, and chalk, and requires a well-drained habitat. Normally the plant is harvested from the wild for local use as a food, medicine and dyestuff.

Yellow Pea is a medium to tall, slender, trailing or scrambling, hairless annual plant that normally grows about 100 cm tall. The plant grows from a thin rootstock; it produces one to a few erect stems that often cling to surrounding vegetation by means of tendrils. The stems are pale green to glaucous, glabrous, angled in cross-section but lack wings. The plant is found growing in dry places on sand, gravel and chalk, man-made or disturbed habitats, cultivated fields, roadsides, dry lawns, transport route edges (especially along railway lines), in orchards, arable fields, fallows, waste lots, meadows, rocky limestone slopes, stream banks, marshy ground, disturbed steppe and gravel quarries. It is found mainly as a weed among crops and in gardens, rarely among shrubs and on herbaceous slopes.

True Leaves are absent. The seedling leaves have a pair of small leaflets, light-green to grey-green colored; the mature leaf is reduced to a simple, unbranched tendril. Stipules are 6-50 mm long and 5-40 mm wide, ovate-hastate to arrowhead in shape with two triangular lobes pointed outwards. The stems and stipules are glabrous and unbranched, prehensile tendrils extend beyond the stipules from the axils. 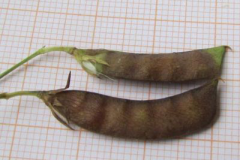 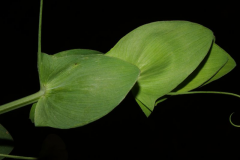 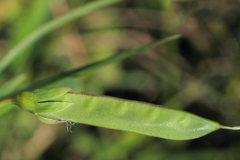 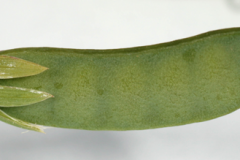 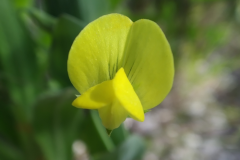 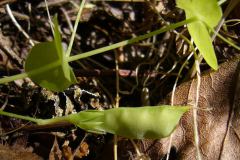 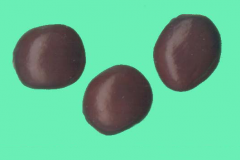 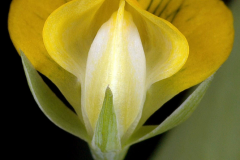 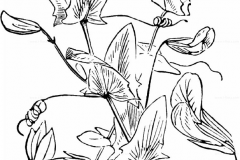 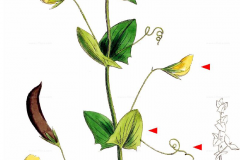 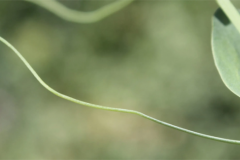 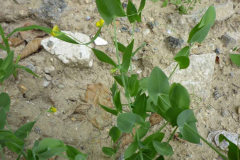 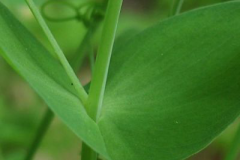 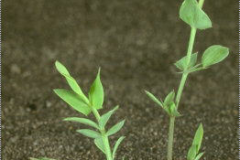 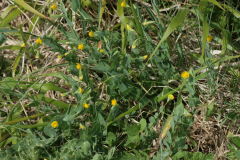 The bisexual flowers are usually solitary (occasionally in pairs) and are lemon-yellow in color (often streaked with violet), measuring from 10–13 mm in length, and held on long (up to 50 mm) stalks branching from the leaf axils. The banner is about 1.5 times as long as the calyx. The wings and keel are roughly equal in length to the banner. The calyx measures 7-10 mm long with linear to narrowly oblong-lanceolate teeth about twice as long as the calyx tube. The flowers, which are, have 10 stamens and 1 style. Flowering normally takes place in between June to August. Flowers are diploid, with 14 chromosomes.

Fertile flowers are followed by straight or incurved glabrous legumes that are 2- 4 cm long and 3-5 mm wide with 6-8 seeds. Fruits are initially green turning to dull greenish or brownish as they mature. Seeds are ellipsoid to globose, usually flattish with a glossy, smooth, dark purple-brown to black surface, sometimes spotted to marbled. The fruits are eaten as a supplement to diets in some parts of South Asia but seed contains a toxic amino-acid in large quantities, which can cause a very serious disease of the nervous system known as ‘lathyrism’. When taken in small quantities it is stated that the seeds are safe and highly nutritious.