Trending
You are at:Home»Herbs and Spices»Traditional uses of Anthemis cotula (Mayweed Chamomile) 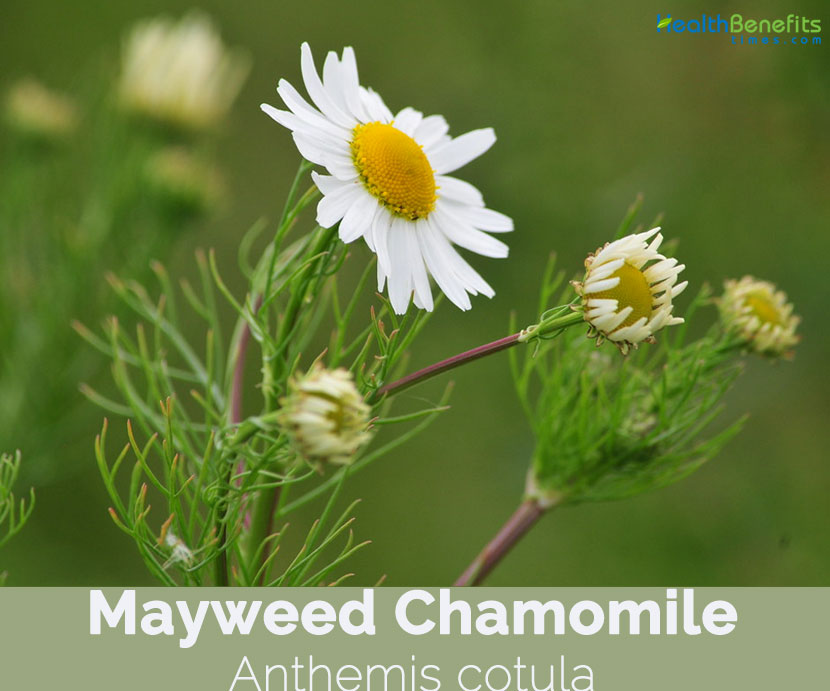 Mayweed or Stinking Chamomile scientifically known as Anthemis cotula is a flowering annual plant belonging to Asteraceae ⁄ Compositae (Aster family) with a noticeable and strong odor. The odor is often considered unpleasant, and it is from this that it gains the common epithet “stinking”. Stinking Chamomile is so-named for its resemblance to the true chamomile plant, Anthemis nobilis.  The plant is native to Europe, Turkey, the Eastern Mediterranean, the Caucasus, Iran, Iraq, North Africa, Ethiopia, South America, Australia and New Zealand. Chamomile, Dog Fennel, Foetid Chamomile, Mayweed, Mayweed Chamomile, Stinking Chamomile, Stinking Mayweed, Stinkweed, Wild Chamomile, Mather, Dog-Finkle, Dog-Daisy, Pig-Sty-Daisy, Chigger-Weed, Johnnyweed and Maroute are some of the popular common names of the plant. The genus name Anthemis, refers to Chamomile and is from the Greek name anthĕmis for that plant. The species cotula means ‘small cup’ in Greek and may refer to the hemispheric shape of the flower head.

Mayweed (Stinking Chamomile) is a more or less branched, usually sub glabrous, foul-smelling annual, bushy, branched herb that normally grows between 12 inches (28 centimeters) to 24 inches (56 centimeters). The plant is found growing in landscape, nurseries, and agricultural crops, roadsides, in meadows, in disturbed areas, cultivated fields, pastures, gardens, lawns and railway lines. It occurs most frequently on fertile clay and clay-loam soils. Favorable soil conditions are rather wet, weakly acidic to alkaline with high nitrogen content. It may also occur on medium-textured soils, particularly if sites are poorly drained, but is usually rare or absent on light soils. The plant has fibrous root system along with a taproot. Stem are 1-3 feet in height, branched from the base (usually) and green in color. The stems are glabrous or pubescent and gland dotted. It has Strong disagreeable smell when crushed and bitter taste

The leaves of the plant sometimes have very fine and soft hairs on the upper surface, although the plant is mostly hairless. There is no leaf stalk; leaves grow immediately from the stems. The first leaves are opposite but become alternate as they ascend up the stem. The leaves are alternate, thick, finely dissected, and pinnate in shape, with many extremely thin lobes, and can be 1.8-3.5 cm long and 2.5 cm wide. Leaves emit an unpleasant odor when crushed.

Each stem is topped by a single flower head which is usually around 1 inch (2.5 cm) in diameter. The flower head is encompassed by between 10 and 18 white ray florets with yellow centers (disk florets), each with a three-toothed shape; the florets tend to curve downwards around the edges and may occasionally have pistils, although these do not produce fruit. Beneath the flower proper, oval bracts of the plant form an involucre, with soft hairs on each; further bracts are bristled and sit at right angles to the flowers. Flowering normally takes place from July to September.

Fertile flowers are followed by wedge-shaped achenes (with no pappus) tapering to the base approximately 1.0 – 2.3 mm long and 0.8 – 1.0 mm wide. They are wrinkled, ribbed with ten ridges, and have small glandular bumps across the surface. They are without any bristly or fluffy pappus and are distributed by the wind shaking the stem and by water as the seeds are light enough to float easily. Seeds are ribbed and covered in small protrusions (tubercules) and often gland-dotted. A single flower head may contain 50-75 seeds. The average plant will produce from 600 to 12,000 seeds but plants with 27,000 seeds have been recorded. Large plant can produce up to 960,000 seeds which remain viable in soil for a number of years. The plant spread widely in earlier times as the small seeds were frequently found as an impurity in grass and clover seed. 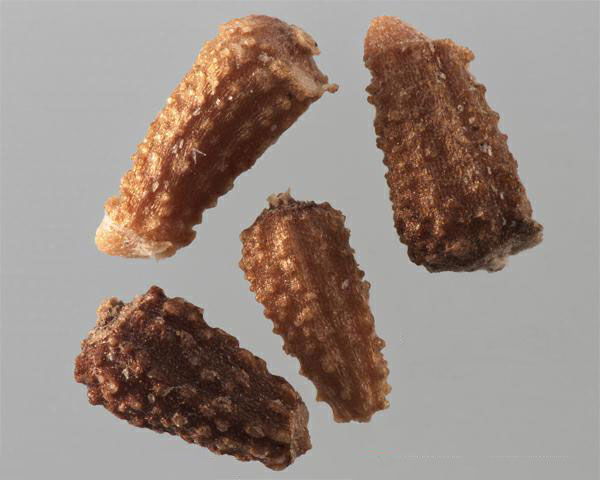 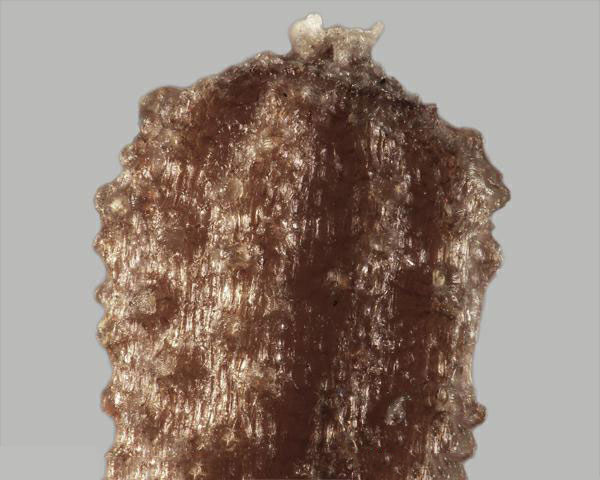 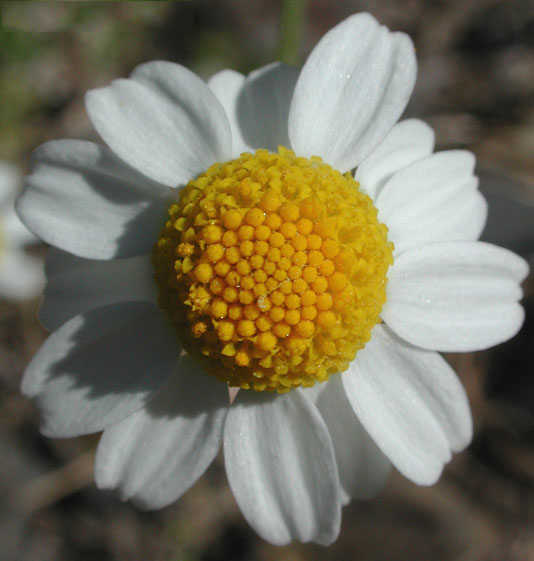 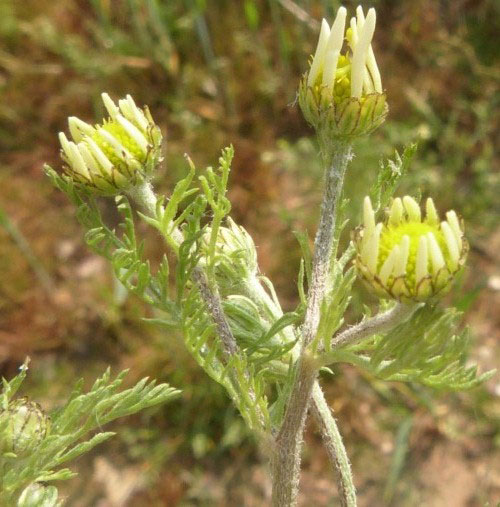 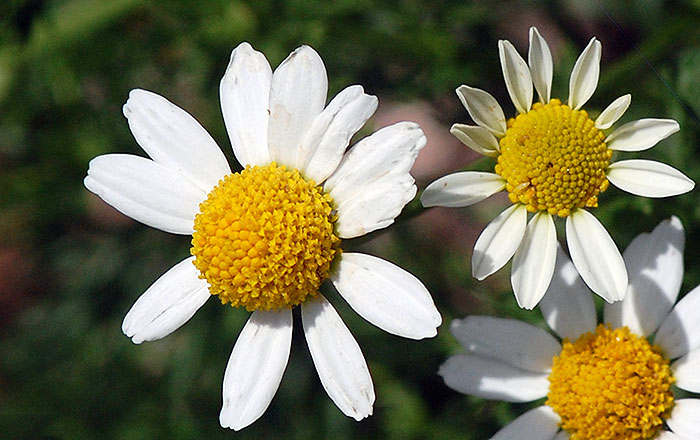 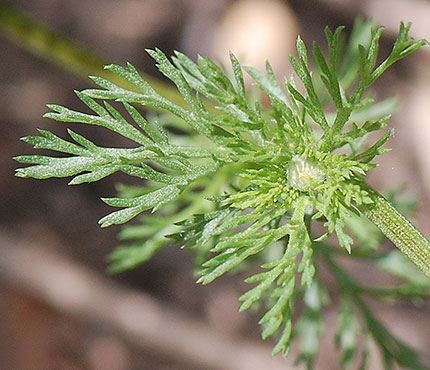 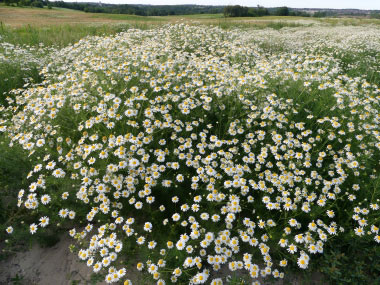 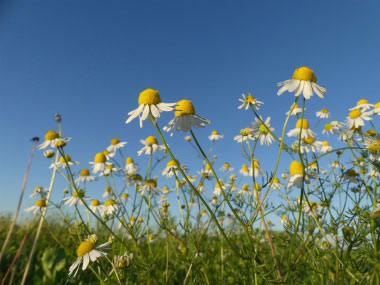 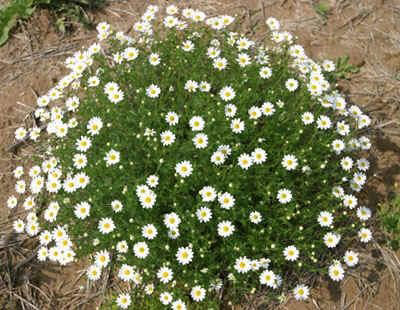 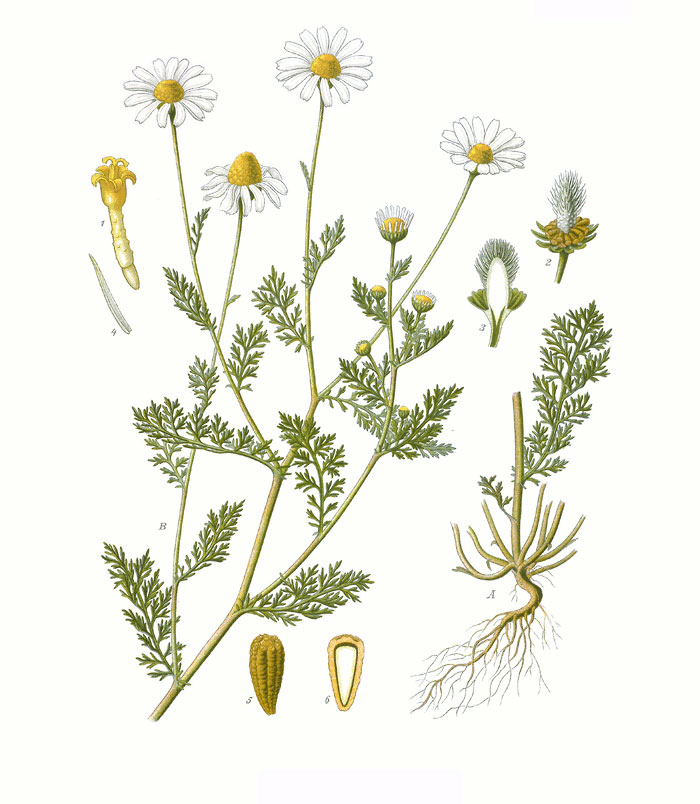 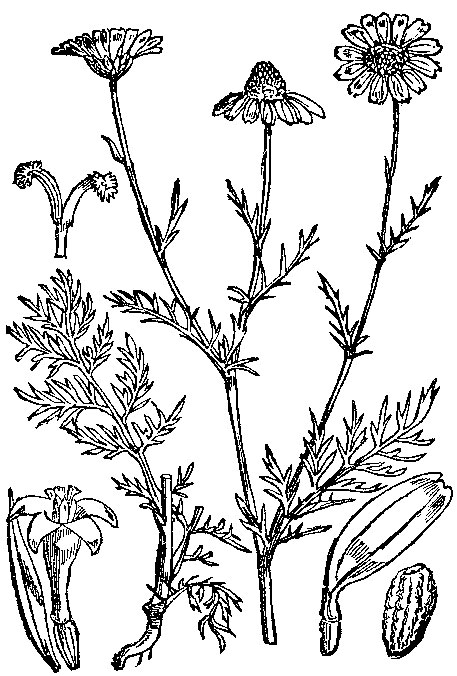 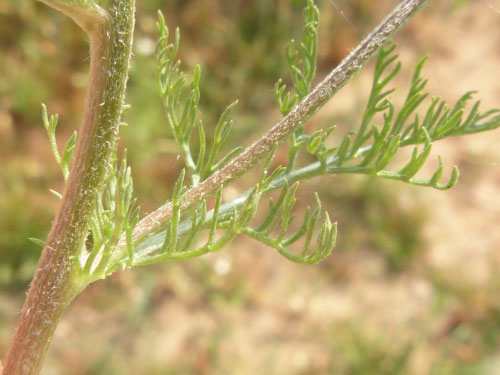 As an annual weed, A. cotula is easily controlled by digging, particularly in early growth stages. Mechanical control may be applied pre-plant, pre-emergence, or in-row for effective control. Hand-weeding is also quite effective, but can be extremely laborious with heavy infestations, and the plant may cause irritation.

Sulfonylurea herbicides effectively control A. cotula. However, biotypes have been identified that are resistant to this group of herbicides. Clopyralid, picloram, and triclopyr provide good control of A. cotula, mainly when applied with growth-regulating herbicides such as dicamba, 2, 4-D, or MCPA. Control is only fair with applications of dicamba, 2, 4-D, or MCPA alone. Control is fair to good with metribuzin and diuron.

Control of A. cotula in forage crops using herbicides was investigated by Smith (1987). Glyphosate and paraquat applied during mid-March after germination of A. cotula and before initiation of growth by forage species provided good weed control with minimal crop damage.

Although certain insects and pathogens are known to attack A. cotula, no biological control programs have been developed.

Problems caused by A. cotula in crop production are limited to cereal rotations. Crop rotations utilizing varying planting dates and herbicide are effective for control. In pastures and forage production, improving plant competition via inter-seeding or fertilizer application can be effective in control. Eliminating seed introduction via contaminated seed, hay, bedding, or manure is most effective in preventing new or re-infestations of A. cotula.