Trending
You are at:Home»Facts»Biltong Recipes 101: What Goes Well With Biltong? 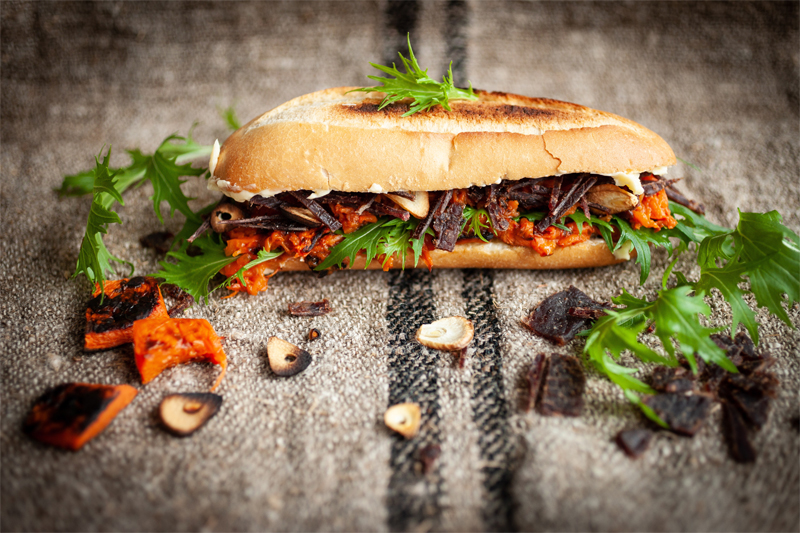 Biltong has become all the rage in savory snacking—but, what is it?  Biltong is dried meat, either made from beef, poultry, fish, or other game meats. It’s flavored and air-dried, making it a denser and richer cured meat than you’ve had before.

That being said, what can biltong be paired with?

While biltong is delicious as a snack of its own, it can also be enjoyed in many different biltong recipe options, including stews, sandwiches, and frittatas, among many others. And, another great benefit of utilizing biltong in your meals is that it’s made from all-natural ingredients and contains no artificial additives.

Now that the versatility of biltong has been made apparent, it’s time to learn where biltong came from in the first place.

Biltong was first created in South Africa approximately 400 years ago. When the indigenous South Africans began making biltong, they did so by curing it with salt and hanging it to dry. This was only their original recipe, although it became more complex as time went on.

Biltong was important to sea travel because it was durable and could survive longer trips. It also provided major health benefits, which will be discussed below.

More often than not, those who haven’t heard of biltong will mistake it for the traditional beef jerky snack they’ve grown up munching. However, jerky and biltong are two different food options. Of course, both are types of dried meat that can last for long periods, but that’s about all they have in common.

Biltong is solely a South Arican delicacy, whereas jerky comes from both North and South America. While jerky is known for its wide variety of flavors and high sugar and salt levels, biltong is known for its simple and natural flavors. Beyond taste, biltong and jerky have different cuts as well. Biltong could be fatty or lean (depending on individual taste), while jerky is almost always made of leaner cuts.

And, finally, there’s the process of making each type of meat. Biltong is marinated and cured for a whole day (24 hours) before being hung to dry, which takes up to one week. Jerky, on the other hand, is cut so thinly and cooked on a rack at a low temperature, where it slowly dehydrates.

It’s important to know the discrepancies between jerky and biltong when beginning to cook this food option as it’s different properties can offer different benefits to each new dish you try.

While it’s easy enough to add biltong as a replacement for other dried meats to simple meals, like sandwiches and salads, there are more complex ones. Some of these examples are:

Biltong As A Replacement

A few examples of simple recipes that can utilize biltong include:

Beyond food, biltong can be paired nicely with wine and cheese as well. A few wines that go well with biltong are as follows:

What makes biltong so good for you?  Well, it’s a great source of the following vitamins and minerals: 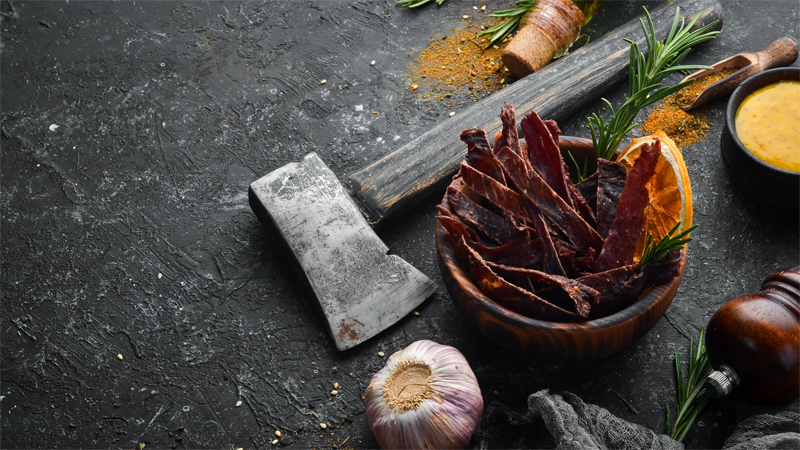 Whether it’s health benefits you’re looking for or new recipes to try that can replace bacon or other meats, biltong may be where you should be focusing on next. Not only can biltong provide easy swap outs for meats you’re already using, but it can provide entirely new recipes to try, including breads and desserts.