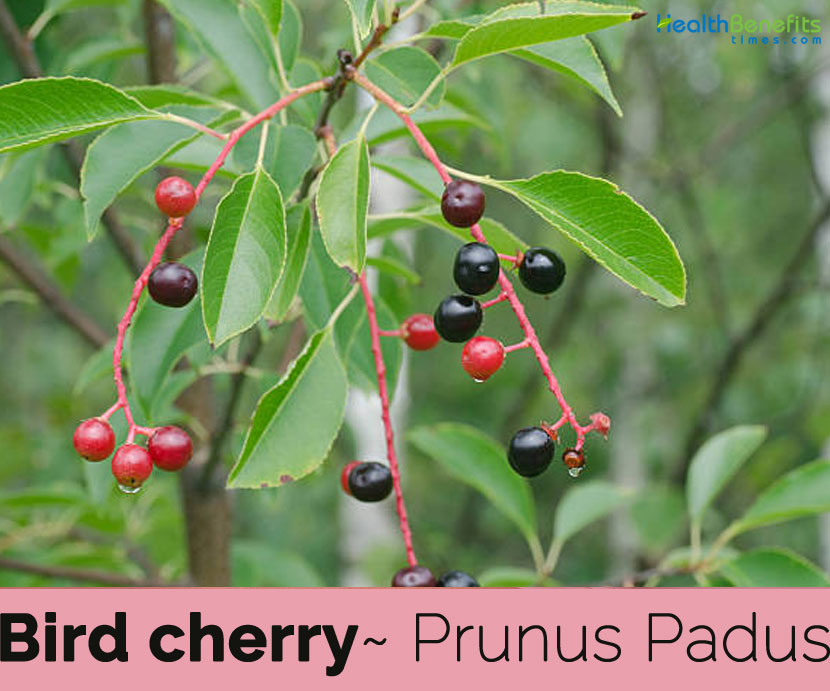 Prunus padus, commonly called Bird cherry, is a deciduous ornamental cherry tree belongs to Prunus-genus of Rosaceae-family. The plant is native to Europe and northern Asia, and has also been stated from Morocco in North Africa. Its range in Europe extends from northern Scandinavia, where it reaches the shore of the Arctic Ocean, to the northwest of Italy and the mountains of Spain and Portugal, although it is absent from the Mediterranean coastal region and the west of France. It occurs from Ireland and the UK eastwards to Croatia and Bulgaria, and then through northern Russia, the Caucasus region and the Himalayas to western Siberia. It has been introduced to North America, where it occurs in Alaska and parts of the northeastern USA and eastern Canada, but it is not considered to be a problematic or invasive species there. Few of the popular common names of the plant are European bird-cherry, Bird-cherry, Hackberry, Hog berry, Cerezo aliso, hag berry and Mayday tree. Genus name comes from Latin word which means plum or cherry tree. Specific epithet is the Greek name of a wild cherry.

Bird cherry is a deciduous small tree or large shrub that grows about 8- 16 m tall. The plant is found growing in streams and in moist open woods, usually on alkaline soils but also found on acid soils in upland areas, wet woodland, hedgerows, stream,  river banks, broad leaf woods, waterside thickets, forest margins. The plant can succeed in any soil, favoring a well-drained moisture-retentive loamy soil. It also prefers some lime in the soil but is likely to become chlorotic if too much lime is present. Bark is grey to brown in color and feels smooth but peels with age and turns the surface rough. It also produces a funny smell, which is unpleasantly bitter. Twigs are dark brown in color but have light markings on them. Shoots have small hairs on them but fall off with age.

Leaves are ovate to obovate, 50-100 mm long, 30-60 mm wide, acuminate, rounded or cordate at base, finely serrulate, dark green above, glabrous or with white hairs along lower side midrib, firm and leathery with sunken veins. Petioles are stout 0.8-2 mm in diameter, 10-20 mm long, grooved, red with two prominent dark red/brown extra floral nectaries, one on each side of the distal end. The leaves turn a beautiful red, then yellow before falling in the autumn.

Flowers appear in large clusters of up to forty flowers on each pendulous raceme making a stunning spring display.  The white flowers each have five petals, contain both male and female reproductive parts and have a strong almond scent. Flowering normally takes place from May and June. Pollination is carried out by bees and flies.

Once the flowers have been pollinated by various insects they develop into a sub-globose or globose-ovoid, 6-8 mm long and about 5 mm wide drupe. This red fruit ripens through the summer and eventually turns into a dark purple-black due to the presence of anthocyanins. A fresh drupe weighs 130-210 mg. The texture of skin (exocarp) is shiny and glabrous. The edible outer layer (mesocarp) of fruits surrounds a stone (endocarp). The hard and globose stone contains one seed. The stony endocarp protects the seed physically.

Fruit although edible has a very bitter taste and contains a poisonous stone but birds such as the Robin, Redwing, Blackbird and Fieldfare, as the trees name suggests, love them, providing them with a valuable source of vitamin C and other minerals.  The seed is not digested by the birds and is therefore distributed far and wide through their droppings.  Apart from being an important food source for birds, many small mammals benefit from any of the fallen fruit.

There are two varieties: 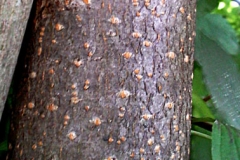 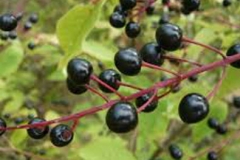 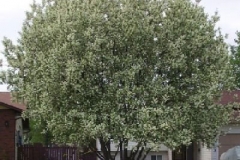 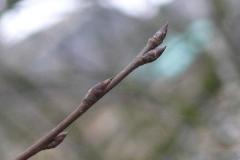 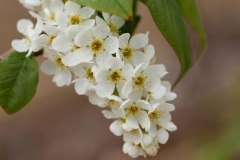 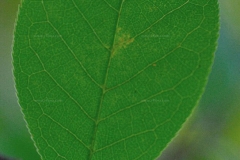 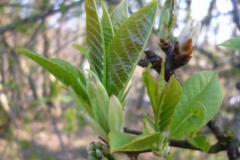 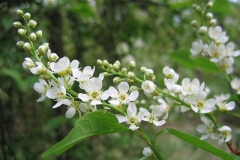 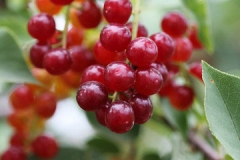 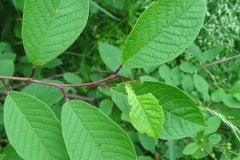 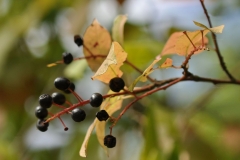 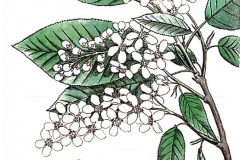 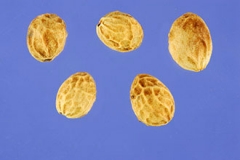 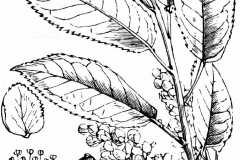 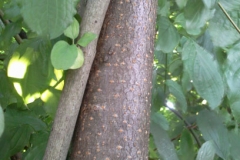