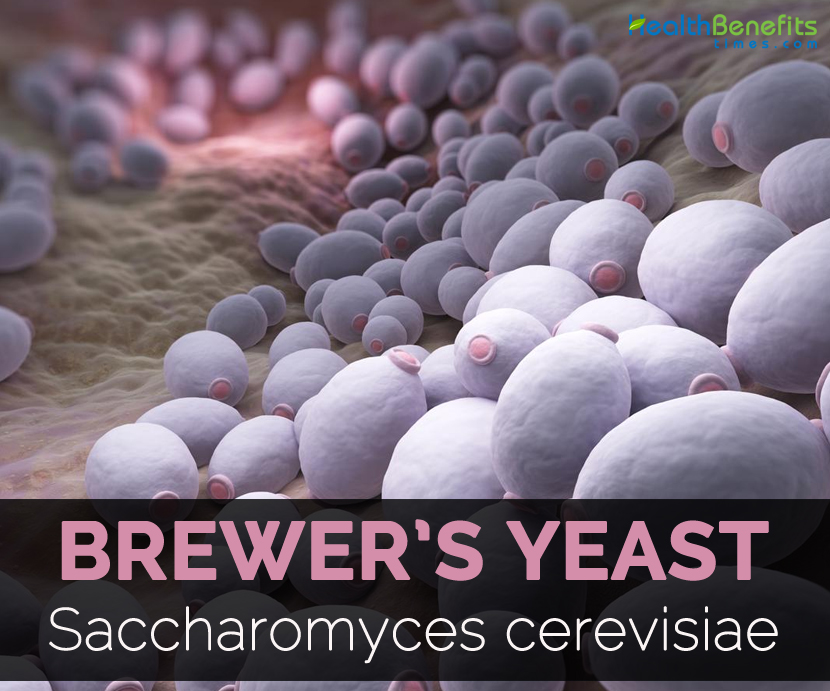 Brewer’s yeast is acquired from fungus called Saccharomyces cerevisiae which is common yeast used for beer making. This form of yeast is a great source of Vitamin B complex, chromium, protein and selenium. This yeast is used for baking, wine making and brewing. It is believed to have been originally set apart from skin of grapes. It is one of the most comprehensively studied eukaryotic model organisms in molecular & cell biology like Escherichia coli as model bacterium. The cells of brewer’s yeast are round to ovoid measuring 5 to 10 μm in diameter. It reproduces by division process called budding.

Vitamin B complex found in Brewer’s yeast such as thiamine, riboflavin, niacin, pantothenic acid, pyridoxine, folic acid and biotin helps to break down fats, carbohydrates and protein that provide energy to the body. It supports nervous system, keeps skin, eyes, hair, mouth and liver healthy and also maintain healthy muscles used for digestion. Brewer’s yeast has chromium content which helps to lower blood glucose in diabetic patients. Chromium assists the body for using the insulin effectively. It could lower the level of blood sugar. Moreover, it stimulates chemicals which provide relief from diarrhea. It counteracts the bacteria which cause infections in intestines and promote body’s defenses against viral lung infections such as common cold and flu.

It is active yeast which is used in making breads and is not recommended for other forms of consumption as it is able to expand in stomach. For flavor, Brewer’s yeast has bitter taste and sometimes beer like aftertaste.

In 19th century, bread bakers acquired their yeast from beer brewers which led to sweet fermented breads such as Imperial “Kaiser-Semmel”roll. It lacked sourness produced by acidification typical of Lactobacillus. Beer brewers slowly switched from top fermenting to bottom fermenting yeast which created a shortage of yeast for producing bread. So in 184769, Vienna process was developed. The innovation is credited for using steam in baking ovens that lead to different crust characteristic. It is renowned for including procedures for high milling grains cracking them incrementally rather than mashing them with one pass and for better processes for harvesting and growing top fermenting yeasts which is known as press yeast.

In 1879, specialized growing vats was introduced by Great Britain for producing S. cerevisiae and in United States centrifuges were used around the turn of century for focusing the yeast making modern commercial yeast possible and turns production of yeast into major industrial venture. During early 20 century, slurry yeast made by grocery shops and small bakers became cream yeast, an interruption of live yeast cells in growth medium and compressed yeast became standard leaven for bread makers in Westernized world.

Fleischmann developed a crystallized active dry yeast during World War II for the United Stated armed forces that did not need refrigeration and had longer shelf life as well as better temperature tolerance than fresh yeast, still it is the standard yeast for US military recipes. The company discovered yeast that rise twice as fast which cuts down baking time. Later in 1970s, Lesaffre created instant yeast that gained considerable use and market share at an expense of both dry and fresh yeast in various applications. 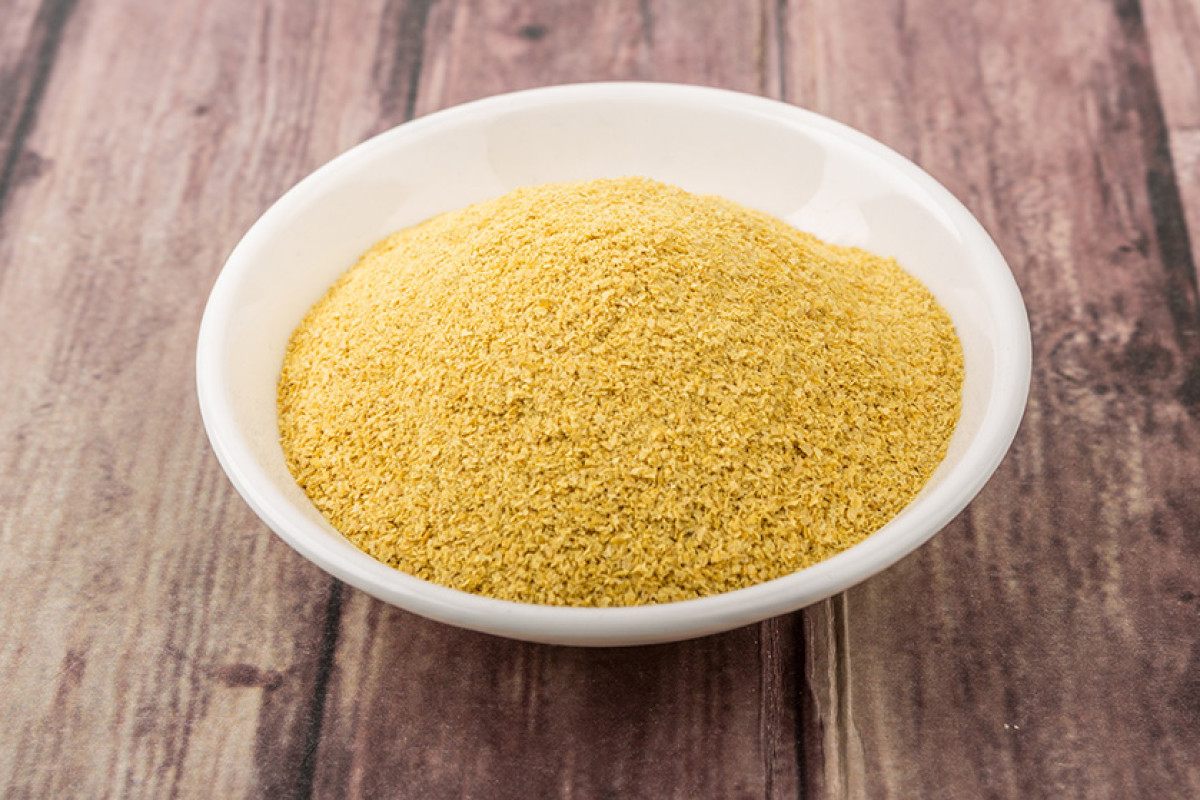 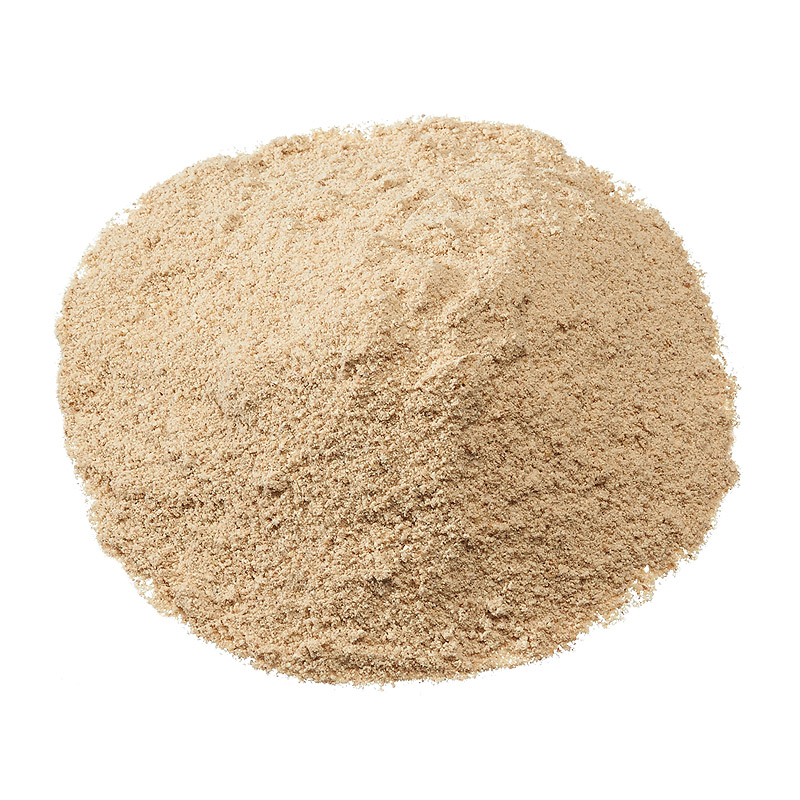 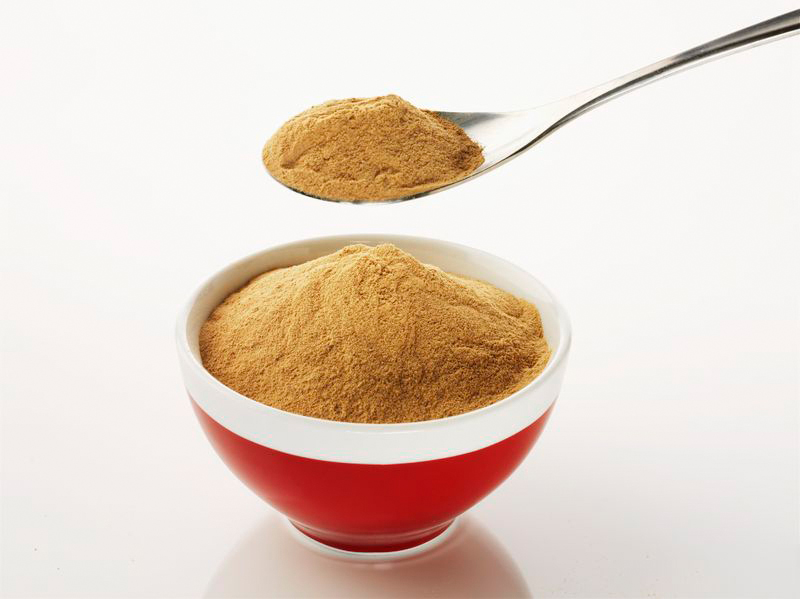 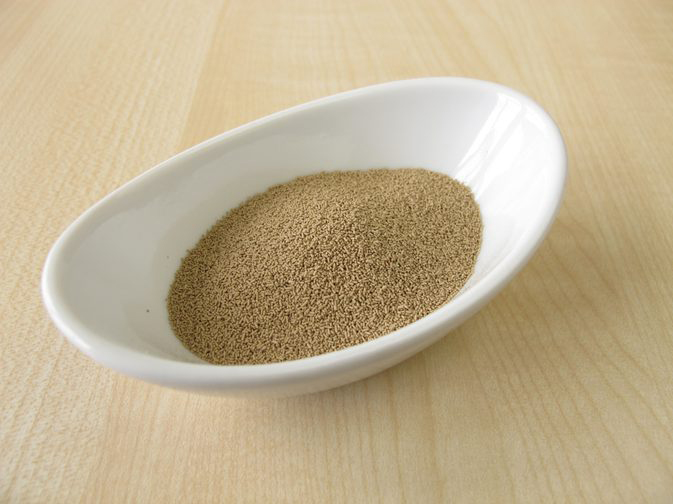 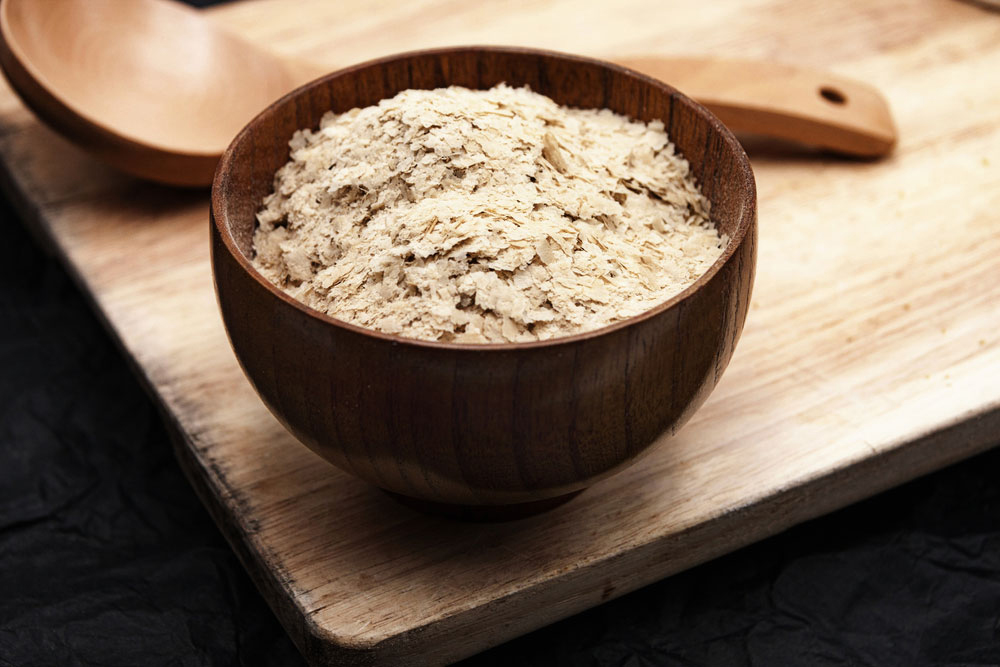 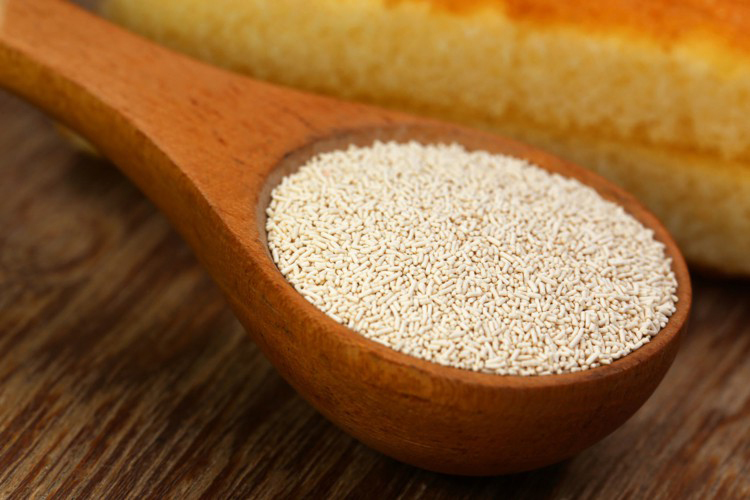 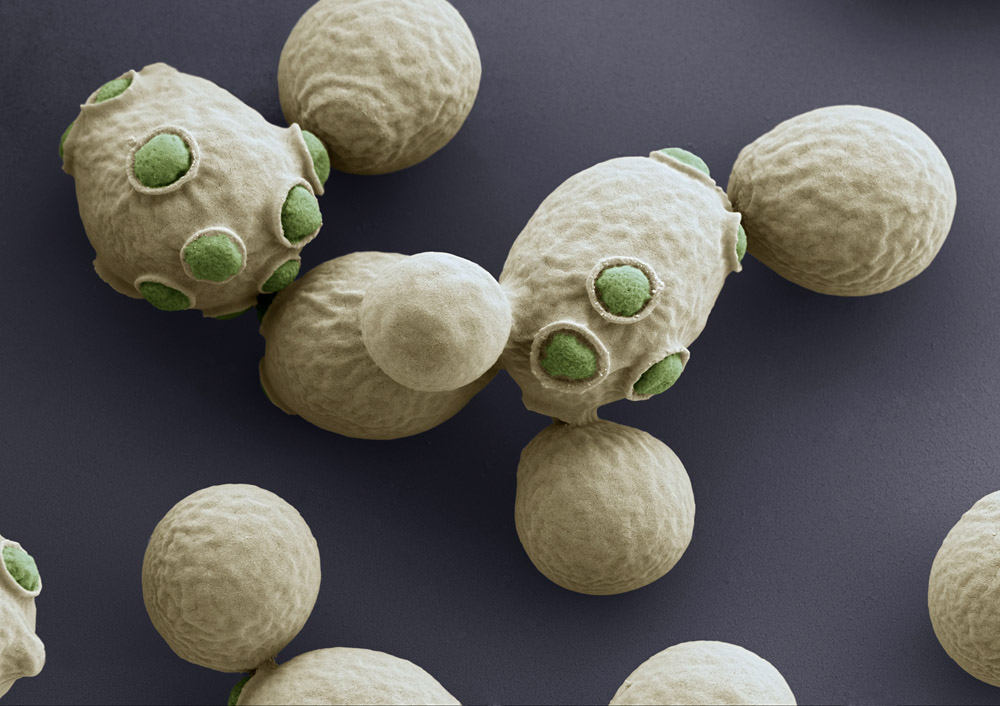 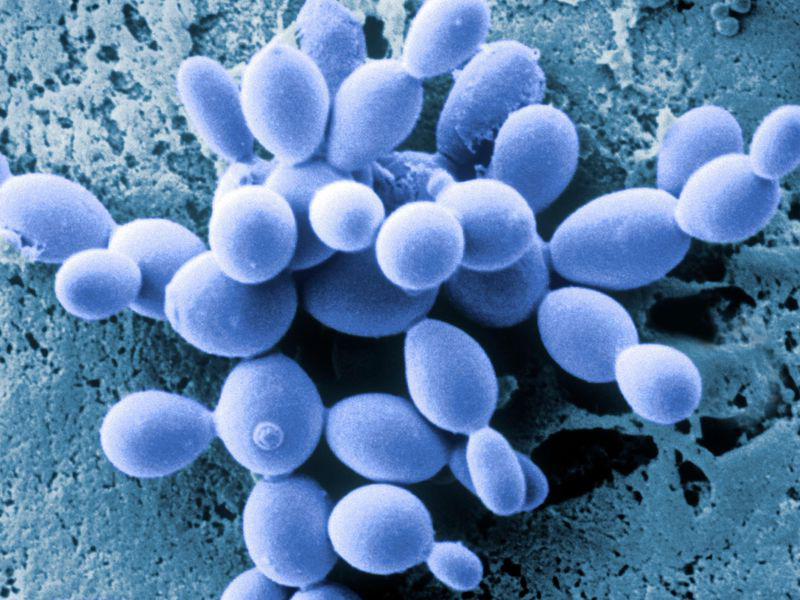 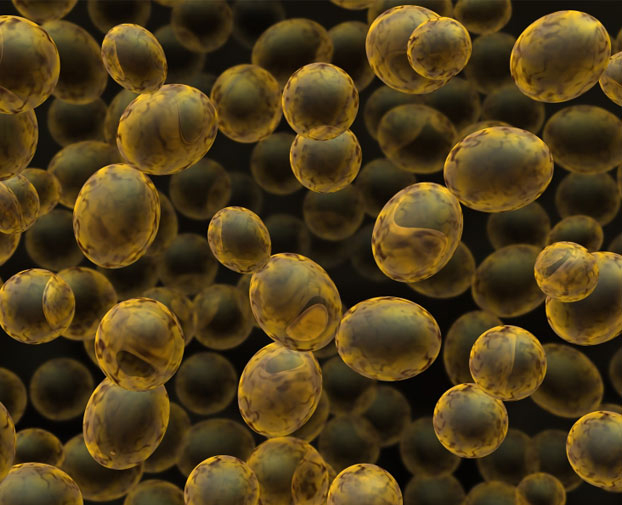 Brewer’s yeast is a natural source of minerals and vitamins which might be beneficial to maintaining health. It is used to nourish skin due to the onset of poison oak, poison ivy, eczema and psoriasis. It assists with neurological functions and for treating jet lag.

When carbohydrates are consumed, they are broken down into sugar or glucose in the bloodstream. Insulin transports this glucose from the blood to tissues where it is used as fuel. The increase in sensitivity of insulin allows insulin to work more effectively and keeps the level of blood sugar levels from spiking.

The presence of chromium is responsible for the benefits of Brewer’s yeast. Chromium helps to promote insulin sensitivity and promote blood sugar control in diabetic patients. It also contains fiber which slows down the sugar absorption in blood and keeps the levels of blood sugar steady.

Brewer’s yeast might be helpful in case of sniffles or full blown respiratory infection. Research has found that it contains immune enhancing properties. The study shows that providing brewer’s yeast extract to the mice shows the reduction in levels of some inflammatory markers and normalizes immune responses. Brewer’s yeast has high content of selenium which is a minerals having antioxidant activities that could promote immune health. Two tbsp. of Brewer’s yeast offers 90 percent of daily requirement of selenium.

Migraine causes the symptoms like nausea, distorted vision and sensitivity to light and it could be hard to carry out daily activities when one experiences migraine. In this case, Brewer’s yeast might be helpful for preventing and treating migraine due to high content of riboflavin. In a study, participants with migraine were provided riboflavin capsules for about six months. Riboflavin not only lowered headache frequency but also lowered the use of medication by almost 64 percent.

Brewer’s yeast is packed with several vitamins B such as thiamine, riboflavin, niacin, folate and vitamin B6. These vitamins are important to many health aspects. Thiamine deficiency is associated to many health problems such as Alzheimer’s disease and cognitive deficits. Folate is essential for development of brain and prevents neural tube defects during pregnancy. Add brewer’s yeast to the diet for maintaining healthy brain and prevent deficiency in vitamins.

Brewer’s yeast is a probiotic which helps to improve composition of gut flora and is able to improve digestive health. Research have found that probiotics such as brewer’s yeast supports the treatment of digestive disorders. An analysis made with 1793 participants found that probiotics helps to lower pain as well as severity of symptoms related with irritable bowel syndrome. Probiotics prevents inflammation of intestinal lining and block adherence of harmful pathogens to gastrointestinal tract.

Anemia is caused due to the lack of healthy red blood cells and lead to anemia symptoms such as weakness, fatigue, shortness of breath and brittle nails. As various types of anemia are caused due to the deficiency of minerals and vitamins which are essential for producing red blood cells such as vitamin B12 and iron. Riboflavin affects metabolism and iron absorption and is necessary for the prevention of iron deficiency anemia. Research shows that adequate riboflavin lowers the chances of anemia. Two tablespoons of Brewer’s yeast offers 90 percent of daily requirement of fiber for preventing anemia.

It is used as a leavening for bread and as fermenter of alcoholic beverages.