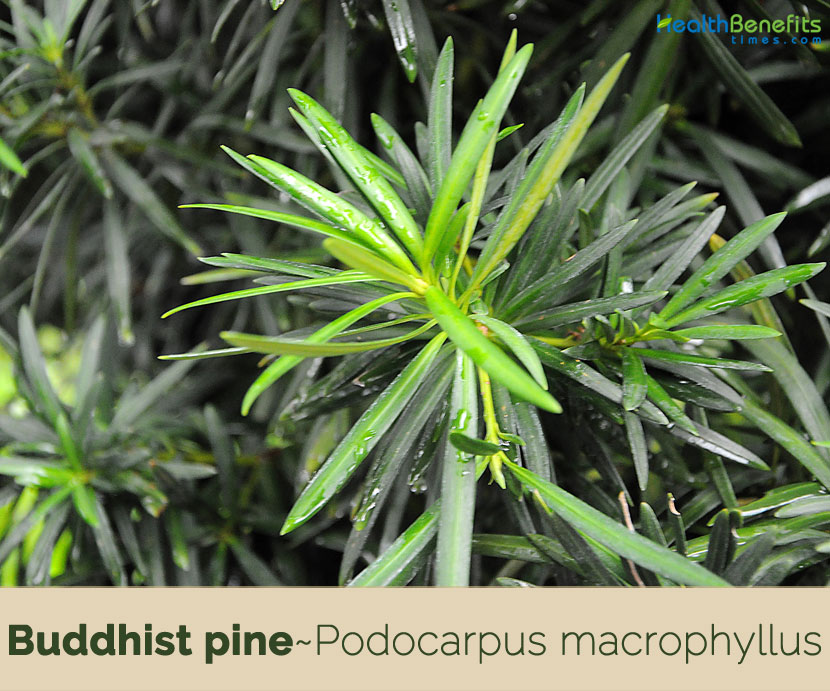 Buddhist pine is a dense upright, large size evergreen shrub or small tree that grows about 20 m tall with 60 cm trunk diameter. The plant is found growing in forests, open thickets, and roadsides from near sea level to 1000 m. The plant can be grown in rich, slightly acidic, well-drained soils in full sun to part shade. It is tolerant of shade and intolerant of wet soils. The plant may develop chlorosis (yellowing of the leaves) in alkaline soils. The plant has gray or grayish brown bark.

Leaves are arranged spirally round the shoot, crowded, erect to spreading, linear, tapering at both ends 6–12 cm long, and about 1 cm broad, obtuse or slightly acute at the apex, of firm, rather leathery texture, the midrib prominently raised above and below, yellowish green when young, becoming dark green above. Foliage is pleasantly fragrant when bruised. The cones are borne on a short stem, and have 2-4 scales, usually only one (sometimes two) fertile, each fertile scale bearing a single apical seed 10–15 mm. They are fleshy, olive-green, berry-like cones that ripen in the second year to purple. When mature, the scales swell up and become reddish purple, fleshy and berry-like, 10–20 mm long.

Fruits may be eaten out of hand or used in pies and cakes. They are then eaten by birds, which disperse the seeds in their droppings. Kusamaki is the state tree of Chiba Prefecture, Japan. It is a popular large shrub or small tree in gardens, particularly in Japan and the southeastern United States. The ripe cone arils are edible, though the seed should not be eaten. Because of its resistance to termites and water, it is used for quality wooden houses in Okinawa Prefecture, Japan. 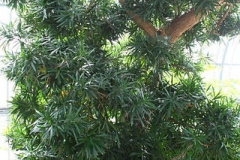 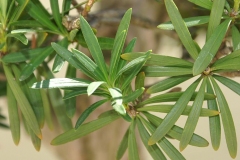 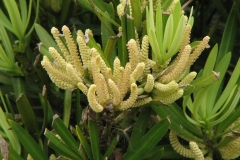 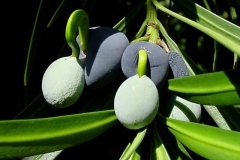 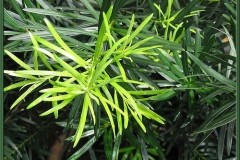 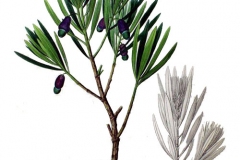 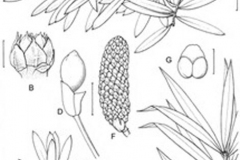 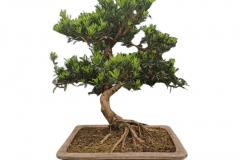 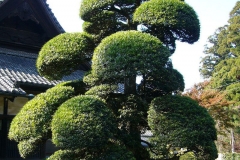