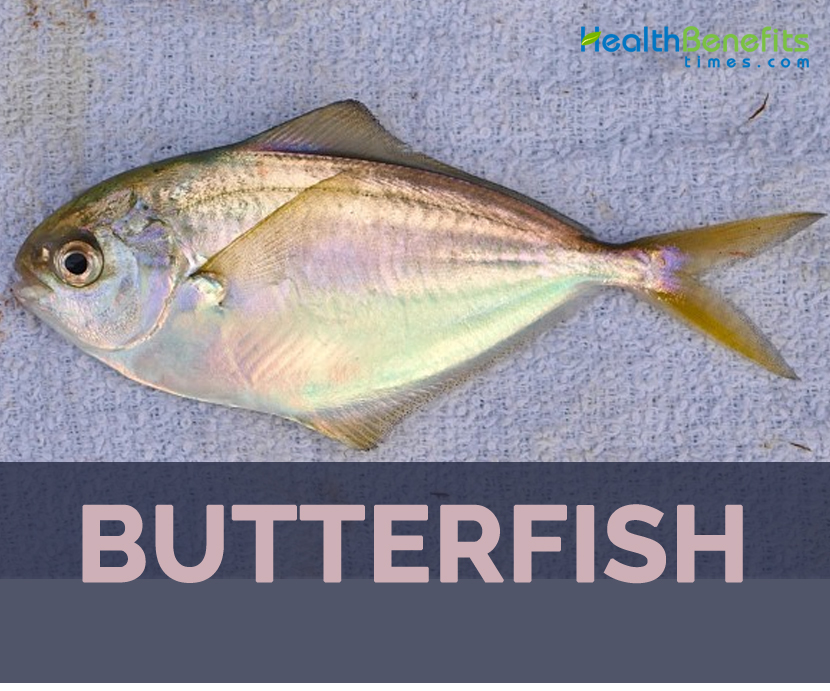 Butterfish are actually a fast-growing, short-lived, pelagic fishes that form loose schools, often near the surface. It is a thin, deep-bodied, more or less oval and silvery fishes of the family Stromateidae (order Perciformes). They are found in warm and temperate seas and are categorized by a small mouth, forked tail, and a single dorsal fin. Like the related rudderfishes (Centrolophidae) and man-of-war fishes (Nomeidae), they also have unusual, toothed out pocketing in the esophagus.

The delicate and delicious butterfish is endemic to New Zealand and is a source of several nutrients important for human health, including iodine. Some of the characteristic features of butterfish are blunt noses, small mouths with weak teeth, absence of ventral fins, one long, continuous dorsal fin, long pectoral fins, and tiny, cycloid scales. The tail fin is nearly as long as the dorsal fin and deeply forked. The American butterfish is comparable in appearance to its close relative, the harvestfish (Peprilus alepidotus), but can be distinguished by its much lower dorsal and tail fin. This fish is a lead-blue color above with pale sides and a silvery belly. It often has dark, irregular spots.

The largest butterfish are about 12 inches long; the general run is about 6 to 9 inches long. The weight runs about 1¾ ounces at 6 inches, 4 to 4½ ounces at 8 inches; about 1 pound at 11 inches (if fat). The largest weigh about 1¼ pounds. Butterfish normally feed on planktonic prey like coelenterates, thaliaceans, polychaetes, mollusks, crustaceans and small fishes. Ctenophores have been found in butterfish stomachs at Woods Hole, though these watery objects are not a regular item in its diet.

Butterfish consists of good amount of protein which makes them less likely to contribute to weight gain. Each 3-ounce serving of butterfish offers 19 grams of protein, or 38 percent of the recommended daily intake. Protein slows down the emptying of food from the stomach so that you feel full for longer after a meal. That means you may feel less hungry at the next meal and eat fewer calories.

Butterfish are widespread to New Zealand, and occur from North Cape to the Snares Islands. The species is also reported from the Chatham, Bounty and Antipodes Islands. Butterfish are more common from Cook Strait southwards. They inhabit rocky coastlines, and are commonly found among seaweed beds in moderately turbulent water. Their main depth range is 0–20 m. They occur shallower (to 10 m) in the north than in Cook Strait (to 20 m) and in southern waters they can be found as deep as 40 m.

How to Cook Butterfish

You should never eat more than 6 ounces in a meal, because butterfish can cause the sickness known as keriorrhea. Keriorrhea turns your stool orange and is caused by ingesting the indigestible waxy esters that butterfish contain. Eating the fish closer to the tail reduces this risk.