Trending
You are at:Home»Foods»Cornflour uses and benefits 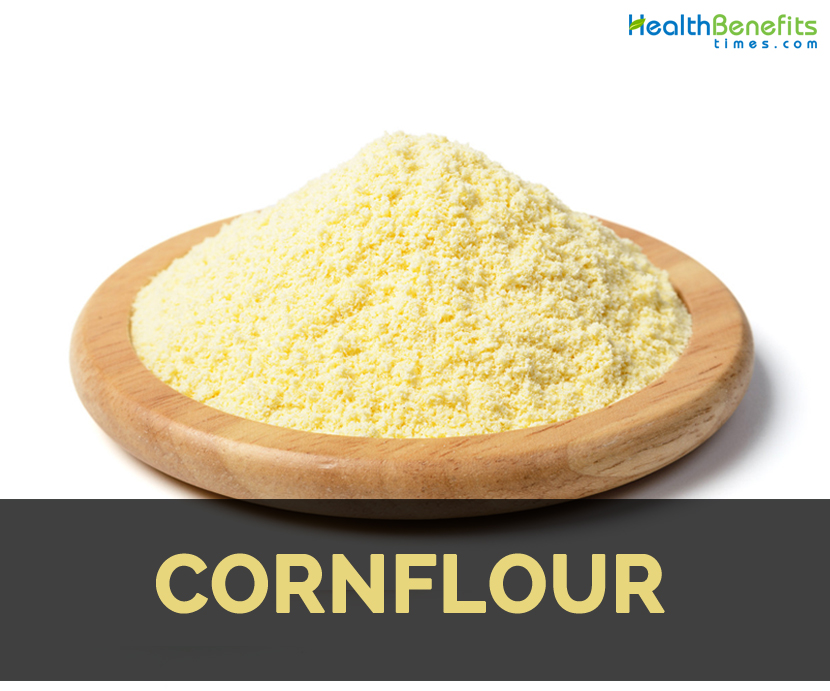 Cornflour is a flour powder made of finely ground cornmeal but not to be confused with cornstarch. In British and Australian recipes, the word “cornflour” is used as synonymous with U.S. word cornstarch. Cornflour is white and yellow and usually used for breading and also combined with other flours in baked goods. This flour is derived from whole kernel. Corn flour could be blended with wheat flour to lower gluten for cookies, cakes, crackers and pastries. Corn flour is used as binder, filler and thickener in pastry, cookie and meat industries.

It is gluten-free and processed corn product in which an endosperm is separated from germ and bran and grounded into white powder. It is mostly used for thickening sauces. In U.S. cornflour is referred as corn starch or cornstarch. But in Britain, it is known as cornflour.

The health benefits of cornflour are discussed below:

Corn flour is gluten free and is a great alternative to wheat flour. It is used for thickening gravies and makes baked goods, tortillas without using inflammatory gluten. Inflammation is the main cause for most of the diseases so eliminating inflammation causing foods from diet assist in preventing diseases and also improves the quality of life.

One cup of cornflour offers third of regular fiber goals and also provides the essential protein that is required daily so the dishes prepared from it fulfills these requirements. It is a good option for vegan because for them protein to be found in diet would be challenging.

Corn comprises of cellulose, amylose, hemicellulose and lignin which are called insoluble fibers. The balances between insoluble and soluble fibers assist proper digestion. Insoluble fibers found in corn have the ability to ferment in colon and assist diverse microbiome.

Corn is the number having higher GMO percentage. The matter of GMO foods is complex one. GMO corn treated with Monsanto Roundup is associated with liver and kidney diseases in mammals and potential problem with reproductive, pancreas, immune and endocrine system. The scientific community has increased its concern about limited evidence concerning the safety of GMO corn and roundup used for treating it particularly due to the vast majority of positive results which come in studies promoted by Monsanto and related companies whereas other studies used small sample sizes as well as short time periods in order to observe most tumor associated reproductive and endocrine effects.

In legumes and grains, phytic acid binds to some nutrients and also inhibits body from absorbing as well as using those nutrients. Phytic acid is consumed by everybody in some quantity. Some evidence has shown that it could benefit the body by assisting in preventing certain chronic diseases. Sprouting or soaking grains is a great way to separate those molecules and to take full benefit of nutrients found in it. So it is recommended to use sprouted corn flour.

Carbohydrates are essential to survive and an active individual should consume 40% of calories in a day which is around 200 grams of carb per day. Lowering carbs to 120 could assist to shed some unwanted pounds so the range between 120 to 200 is good. Corn tortillas are heavy on carbohydrates.  In order to maintain healthy weight and proper functioning, stay under the top number.

It is used to thicken liquids, soups, sauces baking and frying.