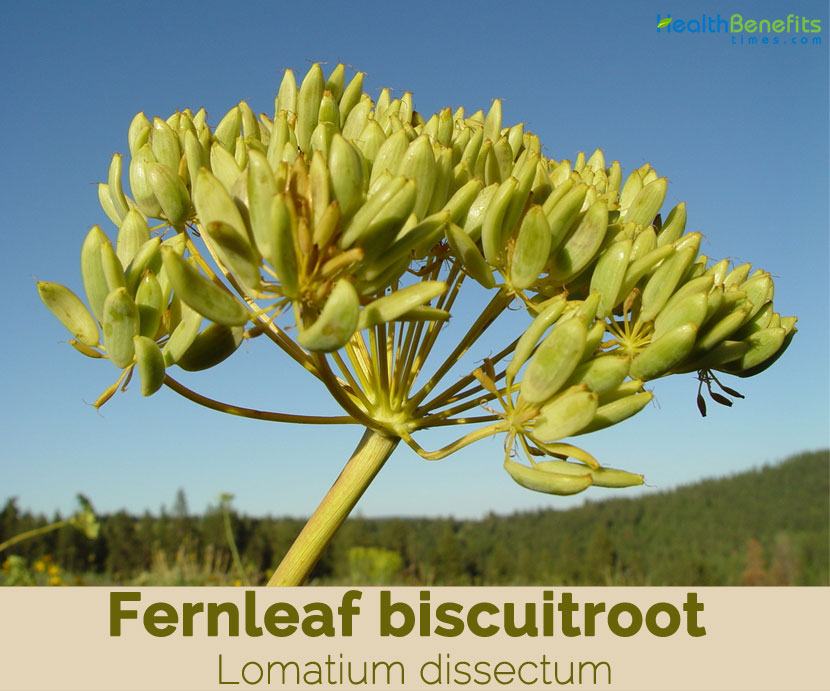 Lomatium dissectum is a species of flowering plant in the Apiaceae or carrot family, Apioideae subfamily, and Leptotaenia subgenus known by the common name fernleaf biscuitroot.  The plant is native to much of western North America, where it grows in varied habitat. It is found in the eastern slopes of the Cascade Range, Rocky Mountains, Klamath Mountains, eastern Transverse Ranges and the Sierra Nevada in California. It is known as Toza by the Numic speaking tribes of the Great Basin, was commonly used for food, medicine, and ceremonial purposes. It is one of the most widely used plant species in native North American culture. Some of the popular common names of the plant are Desert parsley, Ferula dissolute, Giant lomatium, Giant parsley, Indian parsley, Leptotaenia dissecta, Toza, Wild carrot, Fernleaf biscuitroot, carrotleaf biscuitroot, chocolate tips, fernleaf desert-parsley, lace-leaved leptotaenia,  Giant Biscuitroot, Giant Desertparsley and  Cough Root.

There are two varieties of Lomatium dissectum- both of which can be either yellow or purple in color when in bloom, but are distinguished by longer or shorter stalks on the fruit.  The Native Americans used this plant as both a food and medicine and scientific studies have shown it to have antiviral and antibacterial properties. The root extracts were shown to inhibit rotavirus, Mycobacterium tuberculosis, and Mycobacterium avium. Lomatium dissectum became widely popular after the influenza pandemic of 1916-1918 when a physician from Nevada reported a complete lack of influenza mortality in a Native American group taking the herb.

The plant produces both basal and stem leaves, but stem leaves are less common and much smaller than basal leaves. Leaves are often somewhat rough-textured or scabrous. Leaves are pinnately or ternate-pinnately dissected into fern-like leaflets. Large mature leaves are 4 to 12 inches (10-30 cm) long with petioles up to 12 inches (30 cm) long. Terminal leaflets are 0.1-0.3 inch (2-7.5 mm) long. Petioles are lacking on stem leaves. The leaves appear very similar to those you would find on parsley grown in a garden.

Flowers are produced in large compound umbels. Peduncles (6-24 in [15-60 cm]) support umbels that are usually solitary. Umbels produce 10 to 30 rays that vary in length from 1 to 5 inches (3-13 cm) long and are topped by umbellets. Compound umbels are comprised of a combination of 50 to 200 male and bisexual flowers.  All flowers are small, lack sepals, have five stamens, and five greenish yellow, yellow, or purple petals. Male flowers lack pistils and are common on the central, shorter rays. The flowers are pollinated by insects. Flowering normally takes place in between April through May. 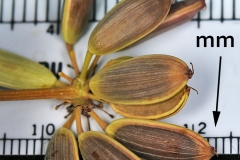 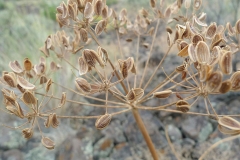 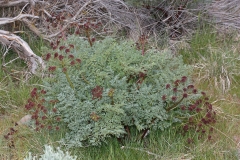 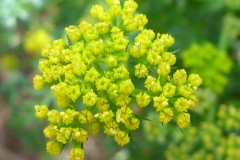 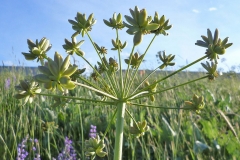 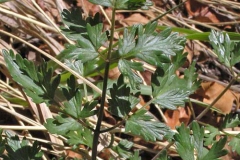 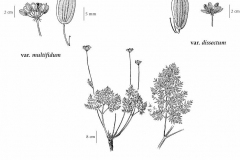 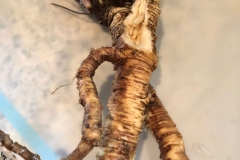 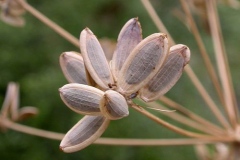 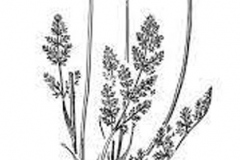 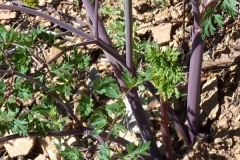 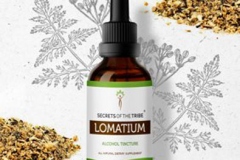 This plant is one of the most widely used plants in native North American culture used for food, medicine, and ceremonial purposes. The roots were very important food, used in several ways by many tribes. When boiled, they would make a refreshing nutritious drink. Roots would be split, strung, and dried for storage and cooked whenever needed by the Thompson and Okanagon people. The Shuswap, Nlaka’pamux & Lilloet  people dug them in May, peeled, steamed and ate fresh or strung them partially dried and stored them for winter use.

In the winter, these dried roots would be soaked for two nights, and then steamed cooked often with yellow avalanche lily bulbs. They were also made into flour which would be mixed with water and flattened into cakes which would be sun-dried or baked.  To the Sanpoil tribe, young shoots were a special food eaten mixed with balsamroot and featured in the “first roots” ceremony. The Navajo Indians make an infusion of dried and ground biscuitroot mixed with other plants to give to patients as a part of their Mountain Top Chant ceremony.  Additionally, the more mature roots contain compounds from the furanocoumarin group which are toxic and so would be used to aid the catchment of fish by soaking and pounding them which would poison the fish.