Trending
You are at:Home»Herbs and Spices»Uses and benefits of Peyote – Lophophora williamsii 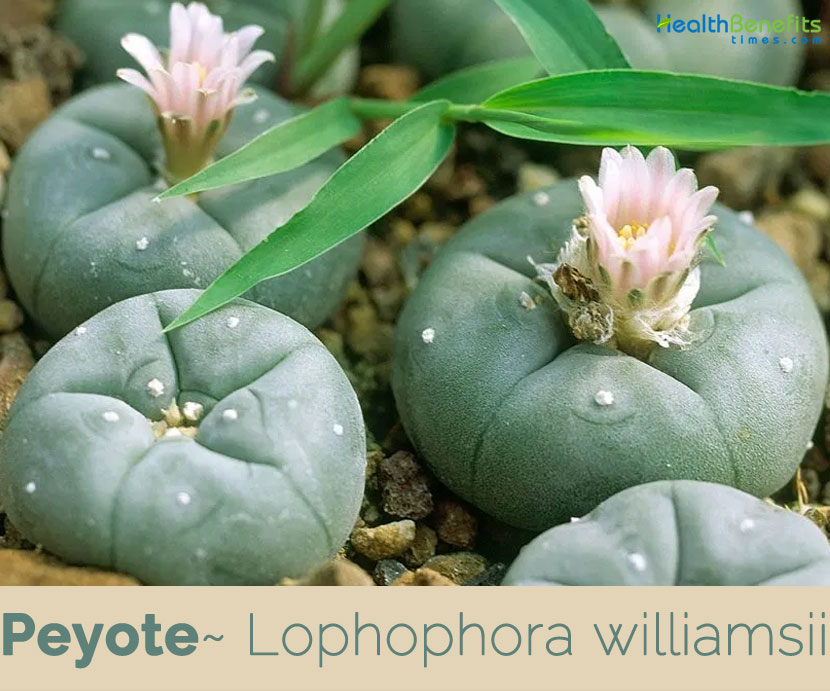 The peyote, scientific name Lophophora williamsii, is a small, spineless cactus belonging to Cactaceae (Cactus family) with psychoactive alkaloids, particularly mescaline. Peyote is a Spanish word derived from the Nahuatl peyōtl, meaning caterpillar cocoon, from a root peyōni, “to glisten”. The plant is native to Mexico and southwestern Texas. It is found primarily in the Sierra Madre Occidental, the Chihuahuan Desert and in the states of Nayarit, Coahuila, Nuevo León, Tamaulipas, and San Luis Potosí among scrub. Native Americans have known the plant’s hallucinatory properties for thousands of years, and peyote still holds a sacred place in these cultures. In fact, over 40 tribes in North America and Western Canada still use it in sacred religious ceremonies. Some of the popular common names of the plant are Medicine of God, Devil’s root, Divine herb, Dry whiskey, Cactus pudding, Devil’s-root, Diabolic-root, Divine cactus, Dry-whiskey, Dumpling cactus, Indian-dope, Mescal-buttons, Turnip cactus, Peyote, Pellote, Mescal Buttons, Whiskey cactus, White-mule, Peyotl, cactus pudding and Divine cactus.

Known for its psychoactive properties when ingested, peyote is used worldwide, having a long history of ritualistic and medicinal use by indigenous North Americans. Peyote contains the hallucinogen mescaline. It is clear that Lophophora williamsii is a very universal treatment for many common ailments, and much Native Americans option to it like we would Aspirin or Tylenol. That being said, there are always people who abuse it, using it just for recreational purposes.

Peyote is a long-lived, slow growing, spineless flowering perennial cactus that normally can reach heights of 2 to 7 centimeters (0.79 to 2.76 in) and diameters of 4 to 12 cm (1.6 to 4.7 in). The plant is found growing primarily in desert scrub, particularly thorn scrub, common on or near limestone hill, mountain scrublands, on rocky slopes, or in dried river beds. The plant prefers gravelly clay and loam soils on gentle slopes. The roots are napiform, usually 8-11 cm long.  A tuft of up to 0.4 inches (1 cm) long, yellowish or whitish, woolly hairs arises from the areoles. There are often significant, vertical ribs consisting of low and rounded or hump-like bumps. From the cusp areoles arises a tuft of soft, yellowish or whitish woolly hairs. Spines are absent.

The crown of the peyote cactus crown has disc-shaped buttons. These peyote buttons consists of psychedelic alkaloids primarily mescaline, which is an alkaloid drug that has hallucinogenic effects on humans. People slice these buttons off of the cactus and dry them so they can be chewed or used to make a psychoactive tea. Peyote can also be smoked by rolling it in tobacco or a marijuana leaf.

Stem is glaucous green, dull bluish or greyish green, very succulent, globular, top-shaped, or somewhat flattened up to 6 cm tall, 12 cm diameter, with a woolly top. The subterranean portion of the stem, which is as wide as the aerial portion, extends several cm below the surface of the ground and transitions smoothly (through a thin hypocotyl) into a large taproot which may extend over 25 cm below ground level.

Flowers are solitary, campanulate, pink or white to slightly yellowish, sometimes reddish, up to 1 inch (2.5 cm) long, and up to 0.9 inches (2.2 cm) in diameter. They emerge from the mass of hairs at umbilicate center of crown each surrounded by a mass of long hairs. Stigma-lobes are 5-7, linear and pink. It flowers from March to May, and sometimes as late as September and open during the day. The flowers have thigmotactic anthers (like Opuntia). 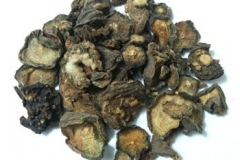 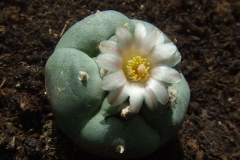 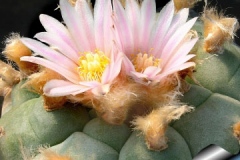 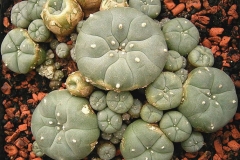 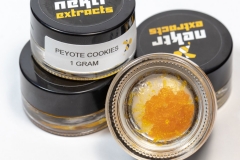 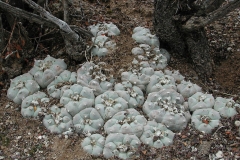 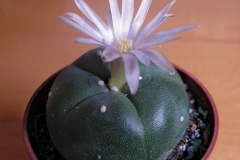 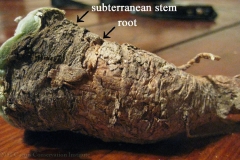 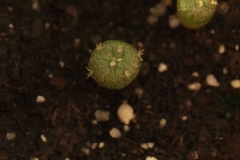 The cactus produces flowers sporadically; these are followed by small edible pink fruit. The club-shaped to elongated, fleshy fruits are bare and more or less rosy colored. At maturity, they are brownish-white and dry. The fruits do not burst open on their own and they are between 1.5 and 2 cm long. They contain black, pear-shaped seeds that are 1 to 1.5 mm long and 1 mm wide with broad basal hilum, tuberculate-roughened. The seeds require hot and humid conditions to germinate.

The cactus consists of several psychoactive alkaloids, the primary being mescaline, and upwards of 50 alkaloids that are derived from the amino acids tyrosine, phenylalanine. Most of the alkaloids are b-phenylethylamines, but a minor fraction is of the isoquinoline-structure. Many of the b-phenylethylamines are physiologically active, but mescaline is mainly responsible for the psychedelic effects. Fresh peyote contains 0.4 % mescaline per weight, dried buttons 2.74-3.7%.1

Traditional uses and benefits of Peyote

Some people are said to use peyote for health concerns like fevers, joint pain, paralysis, fractures, wounds and snake bites. However, for all of these health concerns, there are much safer natural remedies that can be used medicinally for any these concerns. There are also no solid scientific studies to back up any of these uses.

As mentioned earlier, peyote is used to this day in the Native American Church. The ritualistic use of peyote is typically an all-night ceremony that occurs in a tepee around a fire and is led by a peyote “chief.” When eaten as part of a traditional ceremonial practice, peyote is supposed to allow the user to “commune with God and the spirits (including those of the departed) in contemplation and vision and so to receive from them spiritual power, guidance, reproof, and healing.”

In addition to sacramental consumption of peyote, there is also singing, prayer, and contemplation. Songs and chants used during the ceremonies can differ depending on the tribe.

One of the other most common uses of peyote is as a mind-altering hallucinogenic substance. This personal recreational use takes place in the U.S. even though using peyote outside of religious ceremonies is prohibited by federal law.

Peyote is sometimes intentionally (and illegally) taken, like LSD and other psychedelic drugs, to produce a temporarily altered state of existence. The effects of ingesting peyote are both physical and psychological and users often describe their experience as either a good or bad “trip.” The effects of peyote or a peyote trip can start within 20 to 90 minutes after ingestion and can last up to 12 hours, depending on how much is taken by the user. In general a peyote trip is an extremely unpredictable and potentially dangerous experience.

Substance Abuse and Addiction (Possible Use)

John H. Halpern, M.D., Assistant Professor of Psychiatry, Harvard Medical School, has been visiting the Navajo Nation for several years to study the effects of peyote. While he admits that psychedelics like mescaline are toxic substances, he also believes that the “mind-revealing power” of psychedelics could be used to help people suffering from alcoholism and addiction.