Trending
You are at:Home»Herbs and Spices»Traditional uses and benefits of Yellow Loosestrife 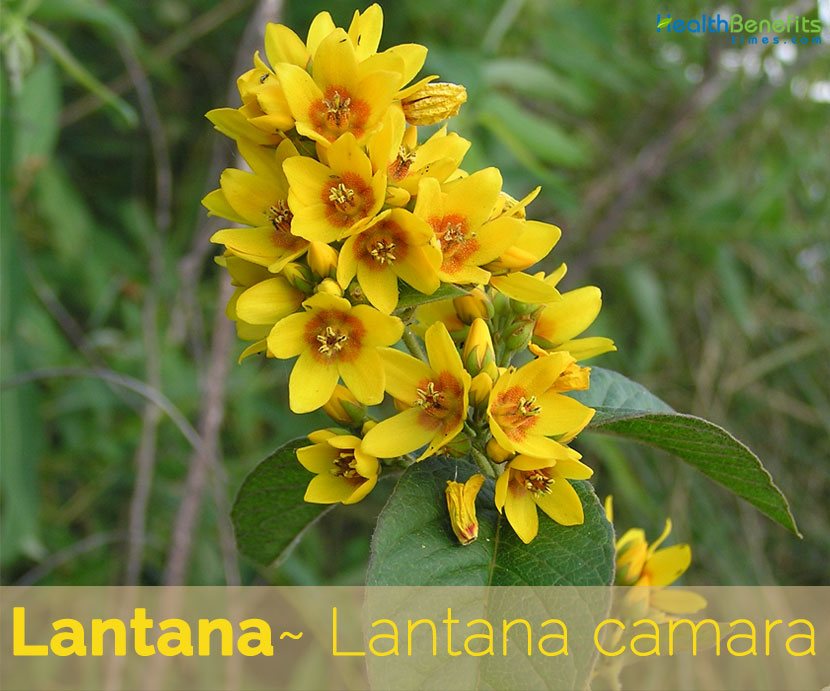 Lysimachia, the genus name, is in honor of Lysimachus, (c. 360BC – 281BC), a Macedonian general who, as one of the successors to Alexander the Great, became ruler (king, in effect) of a large part of the divided Macedonian Empire that had all been Alexander’s realm. Greek name lysimakhion (“lysis” mean dissolve and “makhos” mean battle), which was used for both yellow loosestrife and purple loosestrife (Lythrum salicaria). The specific epithet vulgaris means common. According to myth, the medicinal properties of yellow loosestrife were first discovered by a man named Lysimakhos. No one knows who he was and what role he played in history is uncertain but in ancient literature, he is referred to as an herbal doctor, king of Sicily or general in the army of Alexander the Great. Yellow loosestrife did not play a vital part as a medicinal herb during the middle Ages and was first later used as a remedy for fever, diarrhea, and dysentery.

Plant bears number of nearly stalk less leaves, sometimes in pairs, sometimes three or four springing from the same spot. They are rather large and broad, 3 to 6 inches (7-12 cm) long and about 1 1/4 inches (1.5-4 cm) broad, oblong or lance-shaped and sharply tapering at the top. Their edges are unbroken. The undersurfaces are downy with soft, spreading hairs, especially on the veins, and the upper surfaces are marked with black dots which are glands. Whatever arrangement we find in any given plant holds throughout: we do not find in the same plant some of the leaves in pairs and others in three. When the leaves are in pairs, the stem is quadrangular and the angles increase as the leaves increase in number. The middle and upper leaves have short petioles and are acuminate. 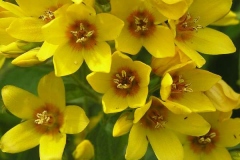 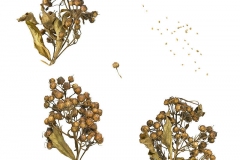 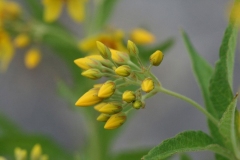 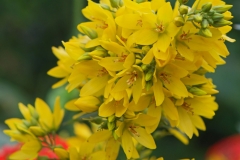 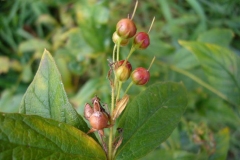 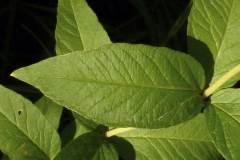 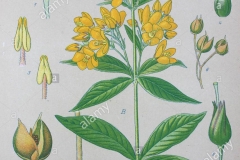 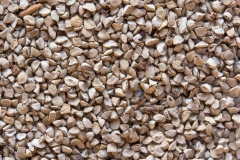 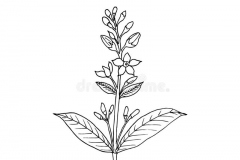 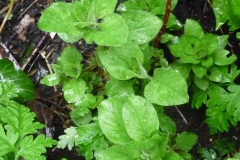 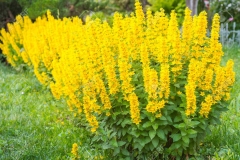 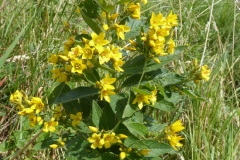 At the top of the stem arise the flower-buds, in the axils of the leaves. Each becomes a short stalk carrying a terminal flower, below which other flowers on smaller stalks arise – the ends of the main stem thus becoming covered with a mass of golden blossoms. The flower stalks are slightly viscid, or sticky, to the touch. Each flower is about 3/4 inch in diameter, forming a cup of five petals, quite distinct at their tips, but joined together near the base. When the flowers droop, the five-pointed calyx, whose edges are fringed with fine red hairs is seen at the back of the petals. The five stamens look quite separate, but are joined together at the bottom by a fleshy band attached to the petals, so that they seem to stand on a little glandular tube. Flowering normally takes place in between April to September.

Fertile flower are followed by egg shaped seed capsules that contain a few seeds and split open when ripe. The seeds of this plant are most likely water-dispersed. However, the main method of dispersal for this plant is via rhizomes.

There are no known biological control agents for this species.

Hand-pulling is effective for small infestations and/or for young plants. Care should be taken to dig out and remove all plant fragments, particularly the rhizomes, to prevent regrowth. All seed heads and rhizomes pieces should be disposed of in plastic bags and removed from the site.

Repeated mowing of L. vulgaris may contain the existing population, but it will not eradicate it.

To control larger infestations, treatment with herbicides containing glyphosate, imazapyr, or triclopyr may be necessary. It is important to note that glyphosate and imazapyr are non-selective and will harm any plant it comes in contact with. Tricolpyr will not harm grasses, sedges, or cattails, and may be more appropriate to use in diverse plant communities.

Physical control methods should not be used on populations treated with herbicides until several weeks after application.