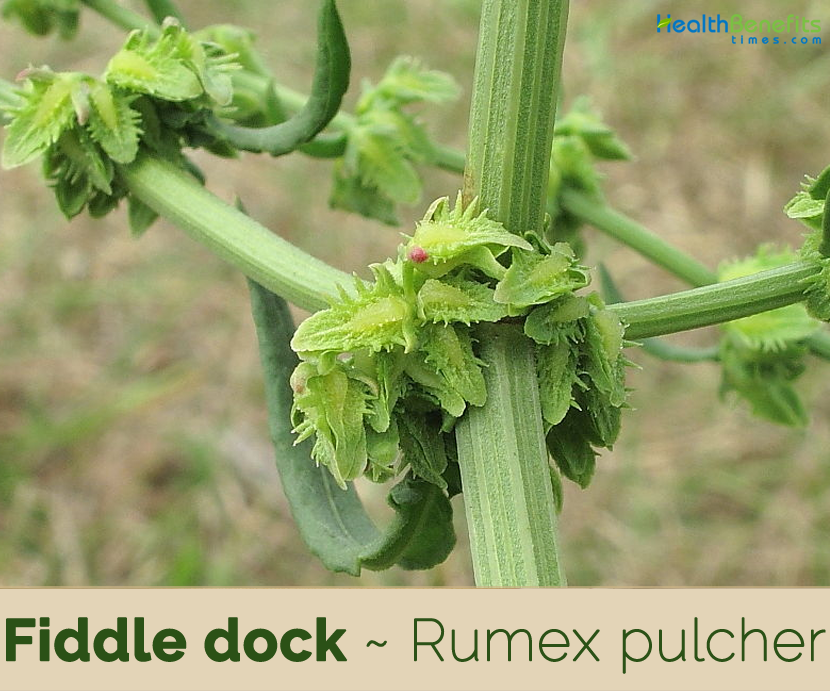 Rumex pulcher is a species of flowering plant in the knotweed family known by the common name fiddle dock.  The plant is native to Eurasia and North Africa and it can be found elsewhere, including parts of North America, as an introduced species and a roadside weed. It is quite variable in appearance, and some authorities divide it into several subspecies that are more or less distinguishable. Few of the popular common names of the plant are fiddle leaf dock, red dock, slender dock, fiddle and fiddle dock. Rumex is derived from the Latin name for Sorrel. Pulcher is Latin for beautiful and refers to the elegantly waisted leaves of the basal rosette. Fiddle Dock refers to the fiddle or violin shape of some of the basal leaves. Dock is from the Old English docce meaning a coarse weedy herb.

Fiddle dock gets its name from having leaves shaped like a fiddle (or violin). It is a common dock species found throughout New Zealand. It is probably not quite as common as broad-leaved dock within pastures. However, because it tends to be a bit smaller than many of the other dock species, it is better able to tolerate regular mowing and so is typically the main dock species found in turf. Under regular mowing, it grows very flat to the ground and has smaller leaves than in a pasture or waste area situation. Within turf, it never really gets an opportunity to set seed as the seed-head gets removed by the mower before it has developed very far (unless of course the turf is seldom mowed). Fiddle dock is a perennial weed with a tap-root, and grows as a rosette with its leaves radiating out from a central growing point located at ground-level.

Fiddle dock is a biennial or short-lived, much-branched perennial herb that grows about 1 m tall. The plant is found growing in pastures, waterways, wasteland, roadsides, railway yards, other habitats near settlements, roadsides, coastal pastures, commons and churchyards. The plant prefers shallow, winter water logged, duplex and sandy soils. The plant has multiple taproots like small dark brown carrots up to 200 mm long and 20 mm wide. Short, thick underground stem or crown is on top of the taproots. Stem is erect, pithy or hollow, fluted, stiff, slender, 200-1000 mm tall and hairless. It is branched from the base and much branched along their length. Branches are usually at right angles to the stem and almost horizontal.

Leaves are ovate-oblong, 3-16 cm long, fleshy, papillate or hairy on the veins below, slightly cordate at the base. Lower leaves are pandurate and upper leaves are lanceolate. Margin is finely scalloped. The top of the plant may bend, especially as the fruit develops.

The inflorescence is made up of many branches, each an interrupted series of clusters of flowers with up to 20 in each cluster, each flower hanging from a pedicel. The flower has usually six tepals, the inner three of which are edged with teeth and have tubercles at their centers. Flowering normally takes place from September to December in WA and October to December in SA. Fertile flower are followed by trigonous brown nut, covered by thick valves, reticulate and toothed, with up to 9 teeth almost spiny. Seeds are triangular pyramid nut, glossy, pale to dark brown, 1.5-4 mm long x 1 mm wide, widest below the middle.

Some species of this genus (with the name of lapathum and other related ones), were described by Dioscorides and Pliny the Elder (first century AD), pointing out their medicinal properties and their use as a vegetable medicine. Some of these attributed properties are very similar to those registered in modern ethno-botanical works. The consumption like spinach of this wild vegetable in central Spain, especially in times of scarcity, is mentioned, together with other species, by Cienfuegos. 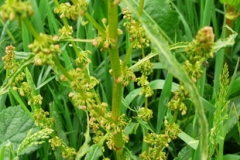 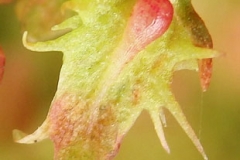 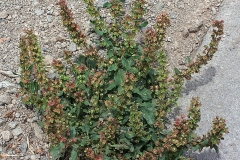 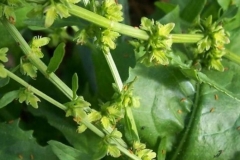 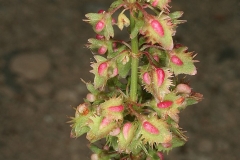 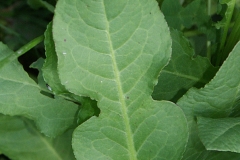 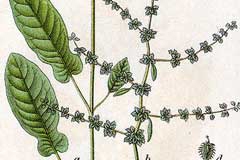 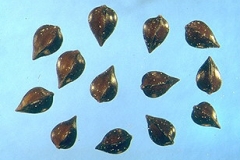 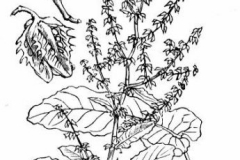 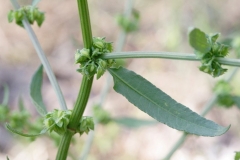 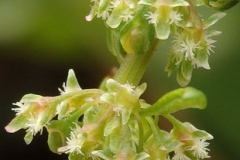 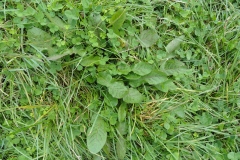