Trending
You are at:Home»Dairy»Health Benefits of Camel Milk 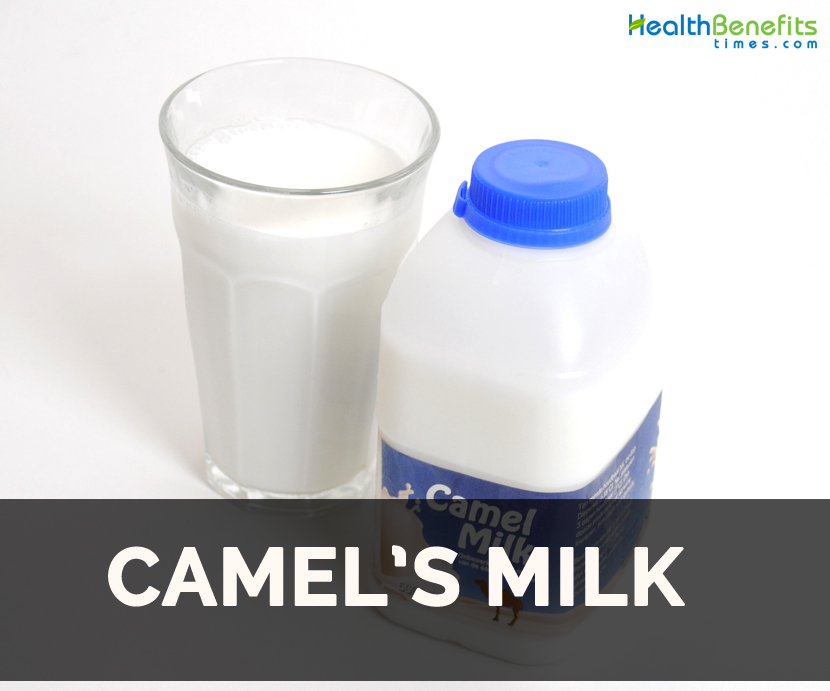 Camel milk is the milk secreted by female camels during lactation to feed their young. Since the camel domestication, this milk has helped nomad, Bedouin and pastoral cultures. When Herders take camels for long distances in arid environments and desert, they survive only on milk. The milk of camel is usually found in Somalia, UAE, Saudi Arabia, United States and Mauritania.

The consumption of camel milk sounds strange to the people of west cultures. It was consumed for about thousands of years. Camels are vital for the Middle East cultures.

Nowadays, camel’s milk is attaining popularities in Australia and U.S., though the camel’s milk was consumed from thousands of years ago. It is considered that it is superior in comparison to other milk which is loaded with numerous health benefits. This milk has high concentration of vitamins, minerals and unsaturated fatty acids. It is helpful for the people who are intolerable to lactose and also lowers it. It has uncommon and powerful immune factors. It has the ability to prevent the health ailments such as autism and diabetes. Before using it for various health ailments, it is better to consult doctor.

Camel milk contains insulin which is vital for the human health. The balance of glucose and insulin is vital to prevent diabetes. It eliminates the need of insulin injections. The addition of camel milk to the diet prevents the chances of this disease development. (1)

Camel milk has high content of protein and organic compounds with powerful antimicrobial properties. It helps to enhance immune system and makes us healthy. (2)

Camel milk is rich in proteins which promotes growth as well as development of organs and bones. In many cultures, it is provided to the children having malnutrition. It promotes the wellness and health. It is also used for prolong journeys when there is limit of liquid and food. (3)

Camel milk has high iron which helps to prevent from anemia. It is a vital component for red blood cells that increase blood circulation as well as oxygenation of the organs and systems of the body. It helps to maintain overall health. (4)

It has high content of organic compounds which has positive effects on neurological system and prevents from autoimmune ailments. The daily intake of camel’s milk helps to lower or treat autism effectively. (5)

It helps to lower allergic reactions in the people who daily consume it. Moreover, it does not lead to lactose intolerance problems. (6)

Camel milk promotes the cholesterol balance in the human body due to the presence of fatty acids. It lowers bad cholesterol and also reduces the chances of strokes, heart attacks, atherosclerosis and blood pressure. (7)

Camel milk is derived camels. It was used for treatment of health ailments from generations. It is more expensive more than fifty times of cow’s milk. It is not available everywhere but could be found on Northern Africa and Middle East. Camel milk is closest to human milk with more benefits than which are found in common substitutes. The composition of camel milk is closer to human milk. It has high concentration of Vitamin C, iron, protein and low fat. The pH value of fresh camel’s milk is in between 6.5-6.7. It is easily digested and hinders hunger.