Trending
You are at:Home»Health & Beauty»Health risk of overweight and obesity 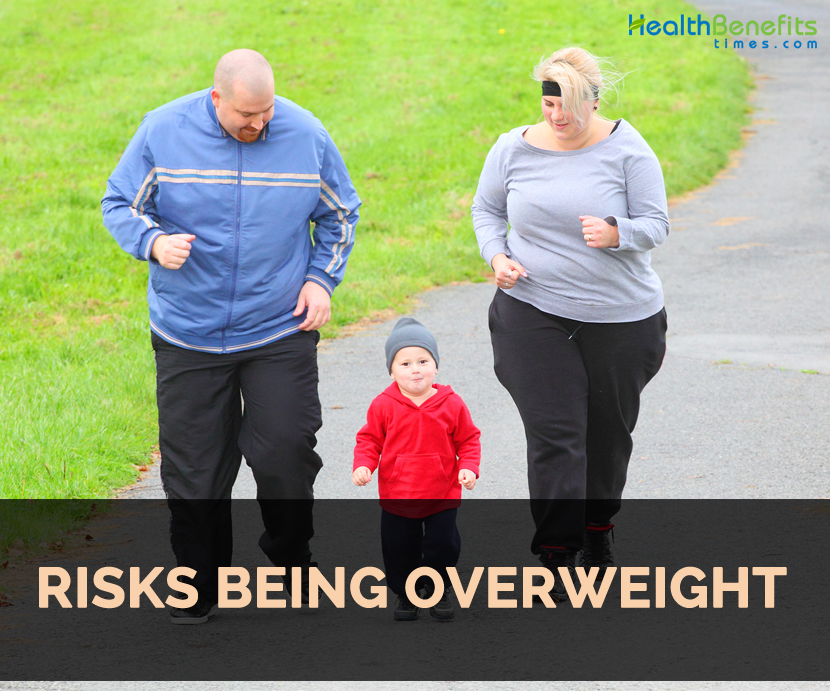 The link between obesity and type 2 diabetes is well known. Type 2 diabetes becomes more common in people as their BMI increases. More than 75% of people with type 2 diabetes are overweight or obese. Having diabetes, in turn, increases the risks of heart disease and stroke. Obesity contributes to the development of type 2 diabetes has been an area of active research and scientists have not yet fully answered.

Obesity increases the risk of cardiovascular disease by altering the levels of lipoproteins that circulate in the blood; the greater the adipose tissue mass, the greater the release of free fatty acids. These fatty acids are taken up by the liver, where they are synthesized into triglycerides, which are packaged into VLDLs and secreted. As a result, an obese person will tend to have higher levels of VLDLs in the blood (measured as higher serum triglycerides), compared to a lean person. The elevated levels of VLDLs alter lipoprotein transport in a way that promotes the development of atherosclerosis.

Obesity is associated with several types of cancer as listed below. The most widely studied cancers are colorectal and breast cancers.

Obesity increases the risk of the following cancers:

Cancer is a disease characterized by a series of genetic mutations that change the way a cell functions and grows. These mutations cause a cell to grow uncontrollably, resulting in a tumor. This growth is referred to as cell proliferation. A healthy cell has the ability to repair mutated DNA, or if the repair is not possible, to undergo programmed cell death, also called apoptosis. Cancer cells, on the other hand, become resistant to apoptosis. Obesity is linked to cancer because it tends to promote proliferation and suppress apoptosis, by raising the levels of growth factors in the blood. As suggested by their name, growth factors stimulate cell proliferation. If the growth of a healthy cell is stimulated, this is beneficial, but if a cell with cancer-causing mutations is stimulated, than a tumor may develop.

The link between obesity, insulin, estrogen, and cancer is discussed. Obesity promotes insulin resistance, resulting in an increase in insulin levels in the blood. The hormone directly stimulates the growth of cells, such as colon cells, increasing the risk of tumor development. Insulin also impacts estrogen metabolism by suppressing the synthesis of SHBG in the liver, increasing the amount of free estrogen. Estrogen is also synthesized in adipose tissue, which further contributes to increased levels of free estrogen. This increased amount of free estrogen can stimulate the proliferation of breast cells, increasing the risk of breast cancer.

Obesity is associated with an increase in gallstone formation. Gallstones are typically composed mostly of cholesterol and may form as a single large stone or many small ones. They often cause no symptoms, but if they lodge in the bile ducts, gallstones can cause pain and cramps. If the passage of bile is blocked, lipid absorption in the small intestine is impaired and the gallbladder can become inflamed.

Sleep apnea is a serious, potentially life-threatening condition characterized by brief interruptions of breathing during sleep. These short stops in breathing can happen up to 400 times every night and therefore patients with sleep apnea sleep very poorly and wake up in the morning still feeling tired, and remain tired throughout the day. Sleep apnea has also been associated with cardiovascular conditions such as high blood pressure, heart attack, stroke, impotence, and irregular heartbeat. It is common in obesity because fatty tissue in the pharynx and neck compress the airway and block airflow. In obese individuals, weight loss may decrease both the frequency and severity of sleep apnea symptoms.

Excess weight and fat can also increase the risk of developing osteoarthritis, a type of arthritis that occurs when the cartilage cushioning the joints breaks down and gradually becomes rougher and thinner. As the process continues, a substantial amount of cartilage wears away, so the bones in the joint rub against each other, causing pain and reducing movement. Being overweight is the most common cause of excess pressure on the joints and it can speed the rate at which the cartilage wears down. Losing weight reduces the pressure and strain on the joints and slows the wear and tear of cartilage. In individuals suffering from osteoarthritis, weight loss can help reduce pain and stiffness in the affected joints, especially those in the hips, knees, back, and feet.

Gout is a joint disease caused by high levels of uric acid in the blood. Uric acid is a nitrogenous waste product resulting from the breakdown of DNA and similar types of molecules. It occasionally arranges into solid stones or crystal masses which deposit in the joints causing pain. The synthesis of uric acid is complex, but has been found to increase with insulin resistance. Not surprisingly then, gout is shared in overweight people due to high risk of insulin resistance, and the risk of developing the disorder increases with higher body weight.