Trending
You are at:Home»Herbs and Spices»Health benefits of Indian Poke 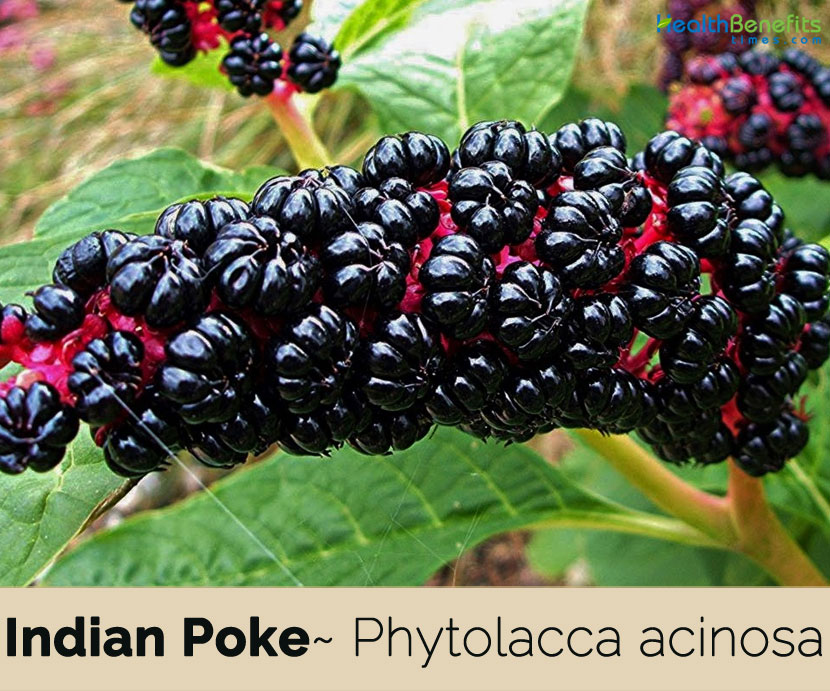 The plant provides food and medicines for local use. It is cultivated for its edible leaves in India, and is occasionally grown as an ornamental. It is said that there are two forms of this plant, one with red flowers that has a poisonous root, whilst another with white flowers that has a white edible root. This white form is said to be cultivated for its edible root in parts of China. The roots of phytolacca acinosa acts as discutient, diuretic and dampness-dispelling drug in traditional Chinese medicine (CTM) used in treating diseases including edema and various skin disease.

Indian Poke is an herbaceous perennial plant that grows about 1.5 meter (5 feet) tall. The plant is found growing in valleys, hillsides, forest under stories, forest margins, roadsides, cultivated land houses, moist fertile lands, clearings, fence rows, open fields, strip mines, thickets, waste areas, and wood’s edges. The plant requires a deep fertile moisture retentive humus-rich soil and dislikes dry soils, preferring to grow in a bog garden. The plant has a large, long, coarse, thick, fleshy taproot. The root’s thin bark is brown and the root’s interior is white. The taproot enlarges every year and may reach a diameter of 6 inches. The rest of the root system is extensive and gnarled.

Stem is smooth, shiny, stout, succulent, and erect. Its color may be green, red, pink, or purple. It is usually branched near the top. The piths are mostly hollow but have gray or white wafer-like partitions. Stem may produce a foul odor if broken or bruised.

These stems remain intact long after the rest of the plant is gone. During the winter, the stems turn brown or black. When spring arrives, the stems became pale and then decay.

Large lance-shaped leaves are simple, alternate and thick. Each leaf is petioled and is elliptical, lanceolate, oblong, or ovate. The margins are smooth or are slightly wavy. The tip is pointed and the base is tapered toward the petiole. Each leaf is about 3½-20 inches long and about 1½-5 inches wide, with smaller leaves near the top of the plant. The petiole is about 2 inches long and there are no stipules. The leaves are susceptible to a plant mosaic virus because this plant is an alternate host to a cucumber mosaic virus.

Flowers are arranged on long, narrow, reddish, erect or drooping racemous clusters. These clusters are about 6-8 inches long and are usually found at the top of the plant or on the stem opposite the leaves.

Each flower is green or white to pink, radially symmetrical, about ¼-½-inch wide, and is not very showy. Flower has 4-5 rounded petal-like sepals, no petals, a 10-celled pistil (may vary from 5 to 15) with 10 styles, and 10 protruding stamens (may vary from 5 to 30). Depending upon the weather, these flowers are either insect- or self-pollinated. Flowering season is usually July to August.

Fertile flowers are followed by small berries. These berries are arranged in drooped clusters, with each berry atop a short stem. Each berry is green when young, but will later turn purple to black. It is about ¼- ½ inch wide, rounded, slightly flattened, indented, and usually has 10 chambers. Each chamber has 1 seed. Fruiting season is usually August to November. These berries may remain on the plant throughout the winter.

Each chamber consists of small, smooth, black, glossy, round and flattened seeds. These seeds may remain viable for over 40 years. 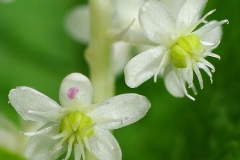 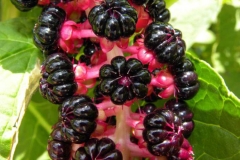 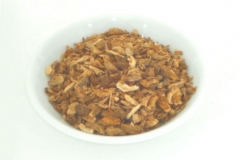 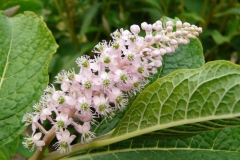 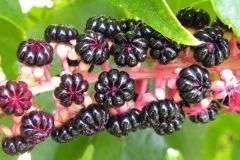 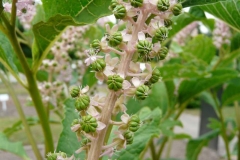 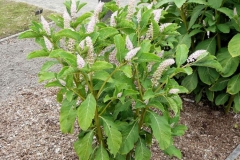 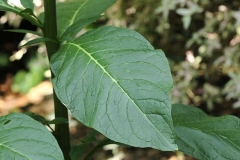 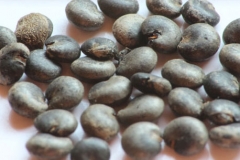 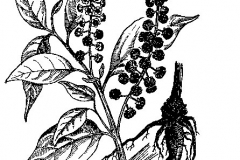 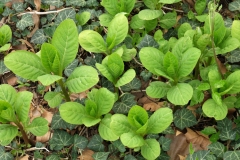 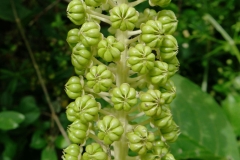 The plant consists of a protein called “pokeweed antiviral protein,” or PAP for short that may have anti-tumor effects. It is presently being researched for its anti-cancer properties, and some studies have shown that certain formulations of PAP may be beneficial against some types of cancer cells that depend on hormones to grow such as breast, ovarian, and prostate cancer. Also, according to one animal study, PAP demonstrated anti-cancer effects in rodents. Another study found that PAP, when combined with an immuno-therapy drug called TP-3, holds promise as a potential treatment for advanced osteosarcomas and some soft tissue sarcomas. And some research has found that Indian poke may actually prevent the expression of some cancer genes.

When used under expert supervision, Indian Poke is known for boosting your immune system health. Healthy immune system is completely essential for overall good health and wellbeing. It also helps to protect you from seasonal miseries like cold and flu and help you to recover faster from sickness.

The best way to improve the immune system is by consuming a nutritious diet mainly fresh fruit and veg full of vitamin C but certain herbs including Indian Poke may give you the extra boost your body needs.

Maybe even more notable are the studies of the herb for use as a possible HIV treatment. The plant may have certain properties that both help strengthen the immune system by interacting with the proliferating T-cells and by preventing production of HIV viral proteins

Indian Poke is occasionally used to treat endometriosis. This is actually a painful condition in which the tissue that lines the uterus grows outside of the uterus. It most commonly affects the fallopian tubes, the ovaries, and the pelvic tissue. About 11% of women from the age of 15 to 44 suffer from the condition.

Much like yellow dock root, Indian Poke root is also a powerful blood purifier and lymph cleanser, inciting and increasing the action of lymph glands throughout the entire body. In fact, you’ll find it as an ingredient in Jon Barron’s Blood Support formula.

The herb is mainly known as an effective treatment for pain and swelling from rheumatoid arthritis. As a topical treatment, it has also been used to treat skin ulcers, sore and infected breasts, skin rashes, fungal infections like ringworm, acne, and scabies.

Indian Poke root can be used under expert supervision to relieve muscle soreness and pain. When the lymphatic system is in the best working order, it can help eliminate toxins that reside in the body’s muscles. It can also help to treat painful and swollen joints caused by conditions like rheumatism, osteoarthritis, and gout.

One of the problems related with poor lymphatic health is unhealthy looking skin and common skin conditions like acne. There are presently no research studies into the effects of poke root on the skin but there is a lot of subjective evidence to suggest it can improve your skin’s appearance and health.