Trending
You are at:Home»Herbs and Spices»Traditional uses and benefits of Indian Willow 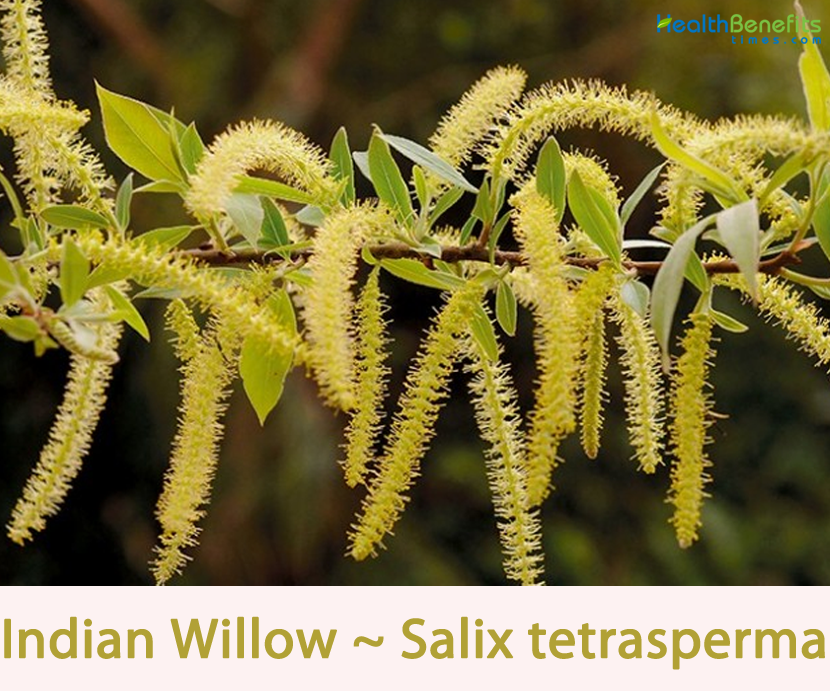 Salix tetrasperma, commonly called Indian willow, locally known as ঊযুম (ooyum) is a medium sized tree belonging to Salicaceae (Willow family). The plant is native from Afghanistan and the Punjab eastwards throughout South-East Asia including India, Pakistan, Bangladesh, Nepal, Laos, Thailand and southern China; in Malesia in Peninsular Malaysia, Sumatra, Java, Lesser Sunda Islands (Bali and Nusa Tenggara), East Kalimantan and the Philippines. In Peninsular Malaysia, only the male sex has been introduced. Few of the popular common names of the plants are Indian willow, Atrupalai, Bains, Niranji, Panijama and Vanchimaram.

In Manipur, in NE India, the new flowers of Indian willow are eaten, and are considered delicious. The wood is light, soft, even-grained, and is used for planking and rough carpentry. The twigs are used to make baskets. This species also has medicinal properties. It is often planted for soil protection, especially on rice field boundaries or riverbanks. Willows are rarely grown from seed but can easily be propagated from sets or cuttings. Due to its wide range the study of provenances is likely to be important. Rust and powdery mildew may cause damage to the foliage. It is reproduced both from seed and by vegetative means. Seed are small and wind disseminated. However most trees result from root suckers or cuttings. It is relatively fast growing. Diameter growth of 0.7 to 2 cm/yr. has been reported. Grains are straight, fine, and even textured. Wood is moderately light and soft having Specific gravity of 0.49.

Indian Willow is a small to medium sized deciduous tree that normally grows about 6 to 12 m tall with diameters of 0.4 to 1.0 m. The trunk is erect, with a large crown. The bark is rough, with deep, vertical fissures. The young shoots and young leaves are silky. It is a light-demanding species, which may tolerate a wide range of climatic conditions. It is usually found along watercourses and in other moist areas, therefore in drier areas its growth is not dependent on rainfall. Normally the plant prefers wet and swampy places. Shedding of its leaves start at the end of monsoon season.

The leaves are lance-like, or ovate-lance like, 8–15 cm long, with minutely and regularly toothed margins. It flowers after leafing.

Fertile flowers are followed by capsules that are long, stipulate, in groups of 3 to 4. Normally 4 to 6 seeds are found in a capsule.

The tree is native to the sub-continent including Pakistan. It occurs in swampy areas, on river islands, and on the banks of water courses. In Pakistan it is found in the Murree hills, Kahuta, Hazara, Swat, Azad Kashmir, Quetta, Kurram and Gilgit. It has been successfully planted in the plains of Afghanistan and in the Peshawar valley. It is an intolerant tree that grows on a variety of rich, sandy loam soils that are well drained. It is adapted to a precipitation zone of 750 to 1250 mm/yr. or more, within an elevation range of 300 to 1600 m and within a temperature range of -10 to 40°C. It prefers a sub-humid, semi-arid, sub-tropical, monsoon to temperate climate and is frost hardy. 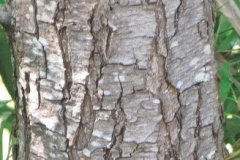 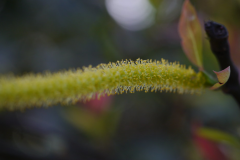 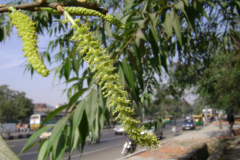 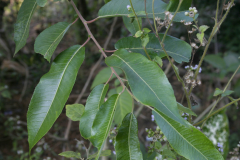 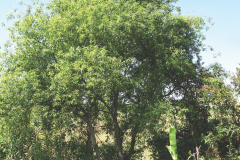 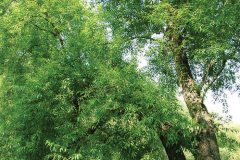 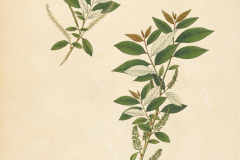 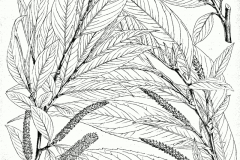 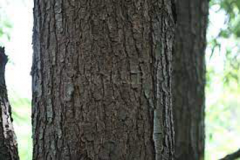