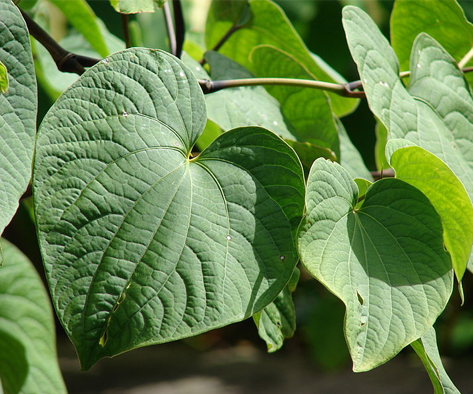 Kava root is a medicinal remedy which is also known from its scientific name as Piper methysticum or Kava-Kava. It is inherent to the Western Pacific. It is known from different traditional names in Tonga and Hawaii. Kava root consists of specific nutrients and organic compounds along with starch, protein, minerals, dietary fiber, water and kavalactones.  The kava root is ground, pounded, dried or chewed which releases chemical constituents from the root. These are mixed with water to gain the best possible effect. This decoction provides various health benefits.

The analgesic and anti-inflammatory properties provides various health benefits. The pain and inflammation of arthritis surgery or an injury can be relieved by drinking the decoction of kava root.

Due to the presence of analgesic, anesthetic and anti-inflammatory properties, it is used to treat the painful and inflamed joints and muscles, backache and carpal tunnel syndrome. The sore and tired muscles could be relaxed by massaging the Kava Kava oil to the aching areas of the body. The kava kava oil could be diluted with coconut oil to use on sensitive skin. The symptoms of sore joints and muscles could be alleviated by drinking a cup of Kava tea or one capsule of Kava Kava extract.

The addition of kava root to the daily regime or weekly regime helps to eliminate the restlessness or insomnia. It can soothe body aches, mind and muscle tension which helps to provide a sound sleep.

The anti-inflammatory, antiseptic and anesthetic properties of Kava Kava helps to alleviate the pain caused due to gingivitis, toothache, gum discomfort and sore throat. A small drop of Kava Kava oil should be applied to the affected tooth or gum or a quarter-inch piece of Kava Kava root should be chewed for 5-10 minutes. The sore throat could be relieved by chewing the Kava Kava root or intake of Kava tea two times a day helps to relieve.

The decoction of Kava root extracts helps to calm or soothe the mind by managing the hormonal balance in the body.

Kava root helps to reduce the inflammation and provides relieve to the migraines and headaches.

Kava root can boost the immune system for humans like the result shown when the test was conducted on mice.

The urinary tract infections can be eliminated by using the root stock of Kava. The decoction of Kava root is a suitable choice.

11. May reduce size of Tumors found in the Prostate

The antioxidants found in the Kava Kava helps to prevent free radicals from the systems. Free radicals can lead the apoptosis or mutation of healthy cells which causes chronic disease and premature aging. It helps to eliminate the free radicals.

The kava root possesses the anticancer properties which helps to reduce the oxidative stress and pretreats the cells. .

The decoction of kava root helps to soothe the nerves and eradicate anxiety. It helps the people to quit cigarette, alcohol, drugs etc.

History and Origin of Kava Root

Kava is also known from other names such as ava (Samoa), awa (Hawaii), sakau (Pohnpei), yaqona (Fiji) and malogu or malok (parts of Vanuatu). The drink made from this root of the plant possesses entheogenic and anesthetic properties. Kava is consumed in Vanuatu, Hawaii, some parts of Micronesia and Melanesia. The word kava was named by the explorer Captain Cook which means intoxicating pepper. In Pacific Islanders, Kava was used for thousands of years. It was used for more than 100 years to treat the situational anxiety.

Where and How to Buy Kava Kava

Kava Root Side Effects and Risks

Kava is taken in high doses in Pacific and Australian communities. 105 to 210 is the suggested dosage for the non-psychotic anxiety for three to four weeks daily. It has the side effects of dizziness, depression, dermatologic manifestations, headache, drowsiness and diarrhea.

The study conducted at the University of Mississippi’s School of Pharmacy shows that the antiretroviral drugs interact with the medicinal herbs. The intake of herbal medicines should be avoided while taking antiviral drugs such as black pepper, African potato, ginseng, garlic, kava kava, St. John’s wort, grapefruit juice, ginkgo and goldenseal.

Even the short term use of Kava Kava provides serious illness and liver damage. The use of kava kava for one to three months leads to the liver transplants and even death. Yellowed eyes and skin, fatigue, dark urine is the symptoms of liver damage.

4. May not be safe while driving

The study which was conducted in New Zealand at the University of Auckland’s School of Population Health reviews that it examines the association between motor vehicle crashes and kava use. However, while operating a motor vehicle the effects of kava is not located. One study reports that when kava was consumed with alcohol, it had a visuomotor performance on driving.