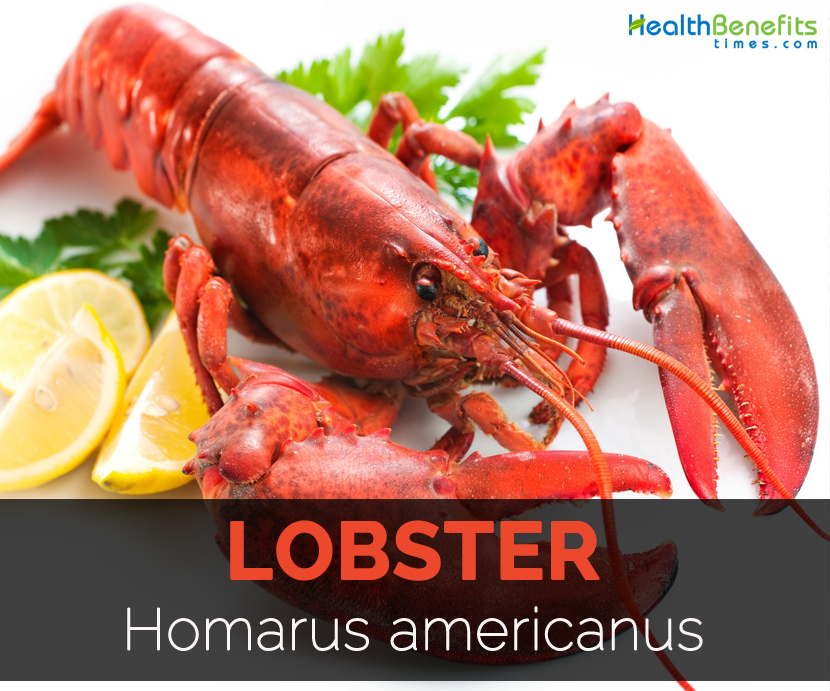 It is found on Atlantic coast of North America from Labrador to New Jersey. It could be found in North Carolina (Cape Hatteras) and Strait of Belle Isle. It is richly available in Gulf of Maine of US and Canada.

American lobster measures up to 8-24 inches (200-610 mm) and weighs upto 1-9 pounds (0.45-4.08 kg). It is found in sandy, muddy and rocky bottoms. They live upto 70 years. They have three pairs of antennas which functions as sensory organs.  The eyes of American lobster are sensitive to light and do not see clearly. Their diet is prey, crustaceans, cnidarians and brittle stars.

Lobster is delicious that helps to build strong bones, promotes growth, boost brain, lower inflammation, speeds up healing process, prevents heart health and lowers inflammation. The flesh is loaded with various nutrients and minerals but should be consumed in moderate amounts.

Lobster possess adequate amount of sodium that helps to prevent atherosclerosis and inflammation. But the people with heart ailments should avoid it due to the presence of omega-6 and 3s. It helps to balance cholesterol if consumed moderately. (1)

Lobsters have high amounts of vitamins and minerals such as Vitamin B12 and Vitamin B which is associated to maintain the integrity of nerves. Additionally, it is a great source of choline which raises the formation of neurotransmitters. It also raises the functions of brain. (2)

It has high amount of protein in the delicious meat. If it is added to diet, it helps to boost energy. (3)

Lobster is a great source of protein which makes the building block in bodies. It repairs the damaged tissues, build new cells and strengthen bones. (4)

It contains good fat that helps to lower inflammation of the body. The fatty acids such as Omega-3 help to maintain the balance in cholesterol and increase the prostaglandins production. It is vital for cardiovascular conditions, arthritic and circulatory health. (5)

Lobster is great source of phosphorus and calcium which helps to increase the mineral density of bones and prevents osteoporosis as well as age related issues. (6)

The patients of cardiovascular problems, high blood pressure should not use lobster.