Trending
You are at:Home»Foods»Pasta benefits and nutritional value 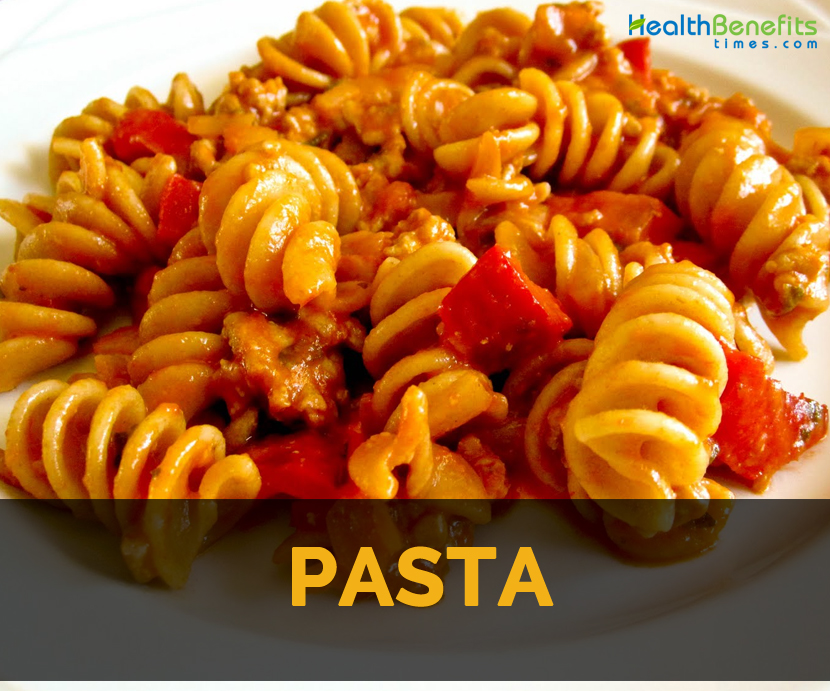 Pasta is the Italian food or noodle which is made from the unleavened dough extracted from durum wheat flour combined with eggs, water and formed into various shapes. It is boiled, cooked or baked. It is also prepared with flour made from grains and cereals. The pasta is divided into fresh pasta and dried pasta. Fresh pasta is made with hand or use of machines. Nowadays, large machines are used to make pasta available in the market. Both fresh and dried pasta has varieties of shapes. Long shapes, tubes, short shapes, miniature soup shapes, flat shapes and sheets, filled or stuffed, and decorative or specialty shapes are the common forms of pasta.

The ancient Greek used the flattened dough that features lasagna. The combination of egg and wheat with water was known before which was roasted on the hot stones. It is known to be baking. It was followed by the Romans during 1st century AD by making a dish named lasagna with fish or meat. In the 5th century, noodles were known to Talmud. It was prepared like pasta in Arab lands which then spread to Italy. The penetration of Arabs to Sicily introduced there as well. The product made from flour in the strings shape was introduced in Palermo.

It was also considered to be brought by Marco Polo when he returned in 1295 from China. The books of Italian recipes from early twenty years that contains the pasta dishes references. He confronted pasta during travels. Pasta might have been existed in the China from the early years. Until 14th century, pasta was not well known which spread to New World when the Spanish and Italian explorers navigate seas to new lands. In 15th century, the tubes of pasta spread to the Old World. In the 17th century, it was considered as the common food. During 18th century, pasta was widely popular in the New World. In the mid-19th century, cheese and macaroni was mostly enjoyed. Lasagna and Spaghetti was the other forms that were widely spread.

Pasta is served in all restaurants. It is a nourishing meal which is easier to make. It has high content of fiber. It has antioxidant properties which help to prevent diabetes. It satisfies hunger and stores energy. It is loaded with adequate amount of minerals, vitamins and phytonutrients.

Vitamin assists the formation of neurotransmitter acetylcholine that transfers the message between muscles and nerves and promotes the cardiac function. The intake of Vitamin B1 by the congestive heart failure patients helps to prevent heart ailments. (1)

Homocysteine is the cause for heart attacks and strokes that helps to prevent the brain. Additionally, high intake of homocysteine results in bone weakening and raises the probability of fractures. Vitamin B9 controls the chemicals in the body that lowers the chances of stroke. (2)

Iron assists in the development of brain. It helps to supply the oxygen to the brain which uses about 20% of oxygen. Iron is associated with the brain functions. The blood flow promotes the cognitive activity and forms neural pathways that prevent the cognitive ailments such as Alzheimer’s disease and dementia. (3)

Women go through premenstrual syndrome. So manganese provides relief from headaches, mood swings, irritability and depression. One should consult the doctor before using manganese for PMS. (4)

Protein is essential for the maintenance of healthy hair and prevents it from damage. The studies show that protein plays a vital role in the growth of hair. Due to this, protein is used in producing the hair care products like conditioners. (5) (6)

Copper has anti-inflammatory properties which lowers the arthritis symptoms. The people use copper bracelets to cure the condition of arthritis. It is an aid for arthritis by storing the copper in the water overnight to acquire the copper traces. It helps to strengthen the muscular system. (7)

Niacin is an aid for normal functions of digestive system, nerves, enhances appetite and glowing skin. (8)

Riboflavin is required for the production of red blood cells as well as antibodies in the human body that raises the oxygenation and circulation in the organs systems. (9)

It helps to repair the maintenance and process of the body cells that wears and tears easily. It promotes the cells of the body and overall health. It forms protein and stimulates hormones to enhance metabolic activity. (10)

Zinc is essential for treating the prostate ailments. The deficiency of zinc leads to enlargement of prostate gland and cancer. The prostate disorder patients should daily intake 15 mg of zinc. It lowers the chances of tumor in the prostate. (11)