Trending
You are at:Home»Nuts and seeds»Health benefits of Marking Nut 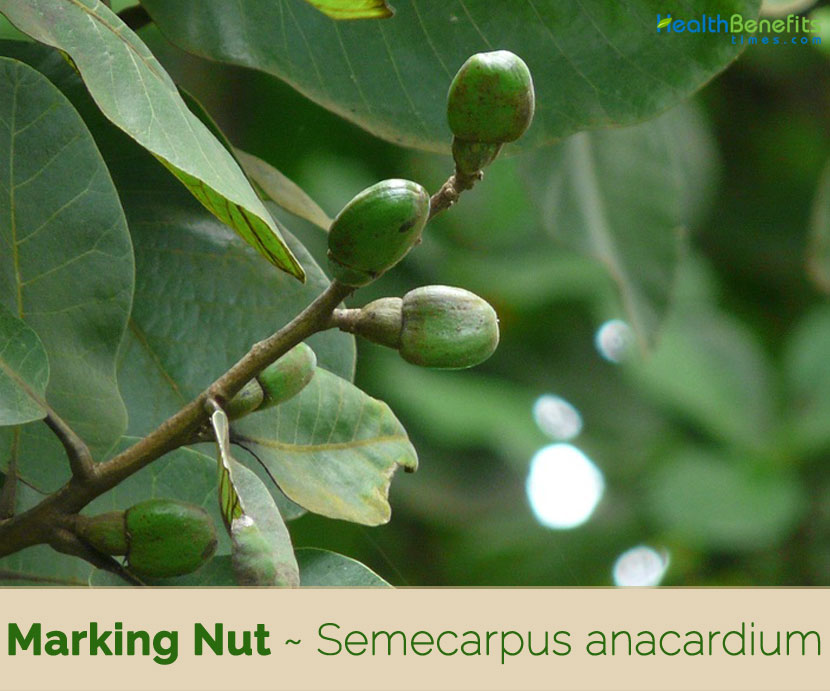 Semecarpus anacardium was called “marking nut” by Europeans because it was used by washer men to mark cloth and clothing before washing, as it imparted a water insoluble mark to the cloth. The specific epithet anacardium was used by apothecaries in the 16th century to refer to the plant’s fruit; it was later used by Linnaeus to refer to the cashew. It is one of the best, versatile, most commonly used herbs as household remedy. It has been used all over India since centuries. It was held in high esteem by ancient sages of Ayurveda. It is a plant well known for its great medicinal value in Ayurveda and is effective in wide range of diseases. It is used extensively in piles, skin diseases, etc. Since it is very hot in potency, it is used only after purification procedures. The word Bhallataka describes the sharp quality of the herb. The nuts of Semecarpus anacardium show various medicinal properties as they are rich in various biologically active compounds such as phenolic compounds, biflavonoids, bhilawanols, vitamins, minerals, and amino acids.

Marking Nut is a moderately sized deciduous tree that grows about 12-15 meter tall and circumference of 1.25 meter. The plant is found growing in moist deciduous and semi-evergreen forests. The plant prefers light to medium gravelly soils with good drainage.  Bark is rough, dark brown in color and exudes an irritant secretion on incising. Leaves are 7-24 inches long, 2-12 inches wide, obovate-oblong, rounded at the tip. Leaf base is rounded, heart-shaped or narrowed into the stalk, leathery in texture.

Fertile flowers are followed by obliquely ovoid or oblong drupes 2-5 cm long. The upper portion of the fruit is cup shaped smooth, fleshy, orange red in color and sweet & edible when ripe. It is formed of the thickened disc and accerescent calyx base. The lower base which may be turned the nut, consists of smooth, black shining pericarp which is thick, containing between its outer and inner laminae oblong cells full of a corrosive resinous juice. This juice is white when the fruit is immature, but brownish or quite black when the fruit is ripe. The nut is approximately 1 inch long 0.75 inch wide and 0.33 inch in diameter and weighs on an average 3.5 g. It remains on tree from February to June. 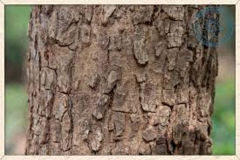 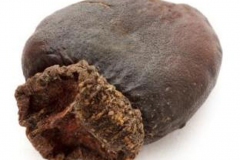 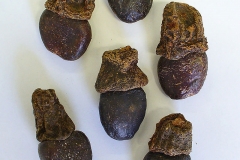 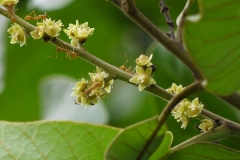 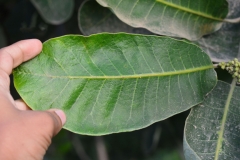 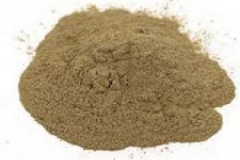 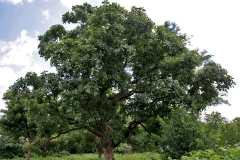 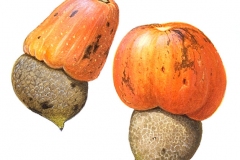 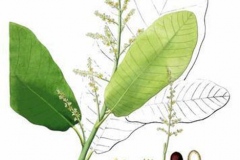 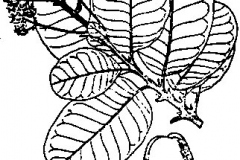 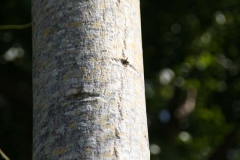 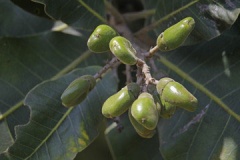 Chemical analysis of the nut shows that it contains high levels of phenolic compounds, bhilawanols, biflavonoids, minerals, vitamins and amino acids. Different types of extracts obtained from the nut are considered to be effective against various diseases including cancer, arthritis, infections and many more. In fact, the fruits, seeds and oil of this plant are also found to have medicinal value, and hence are used for treating a wide range of diseases. Listed below are few of the popular health benefits of Marking Nut

Studies suggest that the nut extract of Marking Nut showed inhibitory action on human breast cancer cells. Kalpaamruthaa, which consists of Bibba nut milk extract, dried powder of Phyllanthus emblica fruit and honey is considered to be an effective and promising chemotherapy agent. Research on rats suggests that Kalpaamruthaa exhibits anti-carcinogenic activity by regualting lipid peroxidation and by showing antioxidant defenses in mitochondrial enzymes. Another research showed that the administration of Marking Nut to leukemic animals helped in removing the leukemic cells from the internal organs and bone marrow.

Atherosclerosis is a medical condition that is often caused by the imbalance between the antioxidants and pro-oxidants. Antioxidant therapy is suggested to prevent the development of such conditions. Marking Nut has been found to possess potent antioxidant property that helps in fighting off the hydroxyl and superoxide radicals. This plant is also known to have the ability to inhibit the process of atherogenesis caused by lipid peroxidation. Animal studies reveal that the Marking Nut plant helps in preventing the accumulation of cholesterol by inhibiting the absorption of cholesterol in the intestine.

Leucoderma is a harmless skin disease characterized by white patches on the skin caused by the loss of pigmentation. In some cases these patches can become red in color and cause severe itching. Marking Nut is considered to be an effective remedy for the treatment of this skin condition. Doctors recommend taking one teaspoonful of this medication twice a day to cure leucoderma.

Studies on the anti-inflammatory effects of the nut extract of Marking Nut on adjuvant arthritis showed that the anti-inflammatory and therapeutic properties of the extract against all the various stages of inflammation are equivalent to that of indomethacin. Kalpaamruthaa is a siddha formulation that is made up of Marking Nut milk extract, fresh dried powder of Emblica officinalis fruit and honey. According to studies, this formulation when administered to arthritis induces rats helped in normalizing the activities of lysosomal enzymes that are considered to be the mediators of inflammation.

Marking Nut is known to be an appetizer, purgative, digestant, liver stimulant and anthelmintic and hence is used in treating various gastrointestinal disorders. It is an effective remedy for loss of appetite and many digestive disorders such as constipation, abdominal distension, piles and various types of intestinal worms, especially hookworm.  Marking Nut is a useful medicine for piles as it helps in improving blood circulation, which reduces the pressure on veins and also reduces the accumulation of blood in the veins of the rectal area.

For those who don’t know what is urinary incontinence, it is a health problem which is characterized by the loss of bladder control leading to involuntary urine leakage. Marking Nut is one among the various Ayurvedic plants that are used effectively in the treatment of this condition. Consuming 5 grams of this remedy along with milk is found to be beneficial in curing urinary incontinence.

Marking Nut plant is found to have aphrodisiac properties and has been used to increase libido and sexual desire. It is often recommended as a tonic to improve male fertility as it has the ability to increase the production of semen. It is also used to treat seminal leakage and premature ejaculation. For women, Semecarpus anacardium has been used as a remedy for uterine inflammation and also abnormal and painful menstruation.

Marking Nut is usually recommended in the form of linctus to prevent early graying of hair. One teaspoonful of this medication with a cup of warm milk should be taken two times a day to obtain the desired results.