Trending
You are at:Home»Herbs and Spices»Health Benefits of Mirabilis expansa 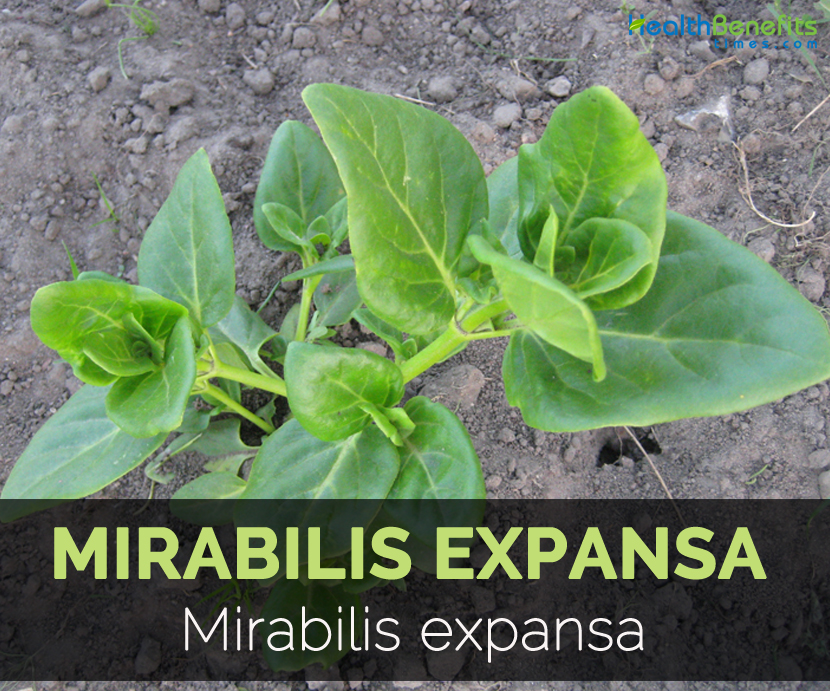 Mirabilis expansa is a rare Andean crop plant which is cultivated for food and fodder in highlands of Peru, Ecuador and Bo-lvia. The herb is inherent to the Andes in South America and distributed naturally in the area of La Paz (Bolivia), to the North of Quito (Ecuador) and in Cajamarca (Peru). Withal, it is also found in Chile, Venezuela and its wild ancestors are found in Bolivia, Peru, Colombia and Ecuador. Until 1960, the crop is distinguished by its rarity. The crop survived only in a few scattered garden plots in Peru, Bolivia and Ecuador. Furthermore, the plant cannot resist frost.

Belonging to the family Nyctingaceae, Mirabilis expansa is a large plant which grows to 6 feet in diameter and 3-4 feet high in a single growing season. Stems are unruly and long. Root is the primary edible part weighing 5 pounds. Roots have a subjective flavor i.e. a combination of potato and cabbage.

Mirabilis expansa is a compact and herbaceous perennial herb which grows 1 meter high. Swollen stems are white, yellow or salmon colored. They are fleshy, smooth about 50 cm long and 5 cm in diameter.  Tuberous roots while young are yellow and older ones are white. Aerial portion is a mass of foliage formed from basal shoots. Stems are cylindrical having short distinct internodes, pale green or has reddish markings. Leaves are opposite ovate or cordate, petioled and pubescent, 8 cm by 3 cm wide having reddish edges. Inflorescences are terminal racemes and 3-6 cm long topped with viscid hairs. Flowers are apetalous and calyx is tubular having five cleft purple, white or white-purple mottled perianth. Stamens are 5-6 long as perianth. Fruit is a hard capsule which consists of small and dark brown seeds. 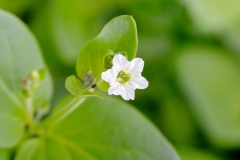 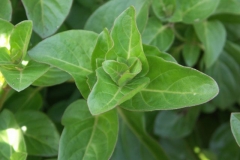 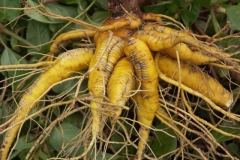 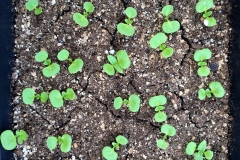 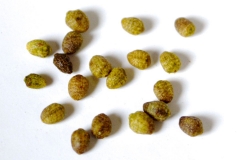 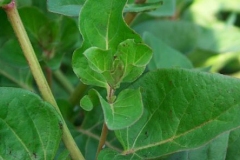 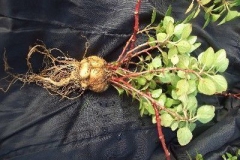 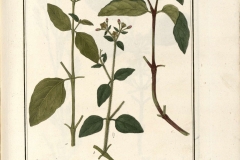 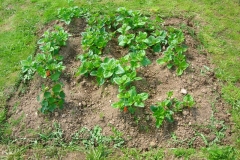 Mirabilis expansa was a predominant food of at least one tribe conquered by the Incas. Inca practiced to dislocate potentially resistant populations to other areas of empire to weaken solidarity. These people took crop with them so it was spread from Cajamarca, Peru to Bolivia and Ecuador. In 1965, the crop was rediscovered and first described in the scientific literature after identified near Yorkarguaya in Bolivia.