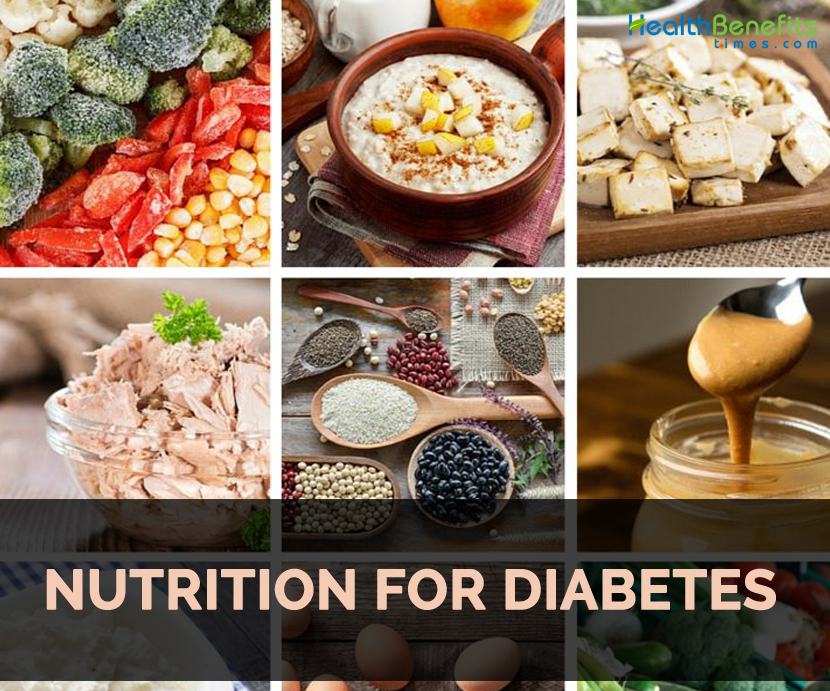 Nutrition therapy can improve glycemic control and slow the progression of diabetic complications. As always, the nutrition care plan must consider personal preferences and lifestyle habits. In addition, dietary intakes must be modified to accommodate growth, lifestyle changes, aging, and any complications that develop. Although all members of the diabetes care team should understand the principles of dietary treatment, a registered dietitian is best suited to design and implement the nutrition therapy provided to diabetes patients. To read more about what to drink or eat for a diabetics, you might want to check out https://zakka-lab.com

The recommended macronutrient distribution (percent of calories from carbohydrate, fat and protein) depends on food preferences and metabolic factors (for example: insulin sensitivity, blood lipid levels, and kidney function). Intakes suggested for the general population is often used as a guideline. Day-to-day consistency in carbohydrate intake is associated with better glycemic control, unless the patient is undergoing intensive insulin therapy that matches insulin doses to mealtime carbohydrate intakes.

The amount of carbohydrate consumed has the greatest influence on blood glucose levels after meals—the more grams of carbohydrate ingested, the greater the glycemic response. The carbohydrate recommendation is based in part on the person’s metabolic needs, the type of insulin or other medications used to manage the diabetes, and individual preferences. For optimal health, the carbohydrate sources should be whole grains, legumes, vegetables, fruits and milk products, whereas foods made with refined grains and added sugars should be limited.

Different carbohydrate-containing foods have different effects on blood glucose levels after they are ingested; for example, consuming a portion of white rice causes blood glucose to increase more than would a similar portion of barley. A food’s glycemic effect is influenced by the type of carbohydrate in a food, the food’s fiber content, the preparation method, the other foods included in a meal, and individual tolerances. For individuals with diabetes, choosing foods with a low glycemic index (GI) over those with a high GI may modestly improve glycemic control. A food’s glycemic effect is not usually a primary consideration when treating diabetes, however, because clinical studies investigating the potential benefits of low-GI diets on glycemic control have had mixed results. Nonetheless, high-fiber, minimally processed foods—which typically have lower glycemic effects than do highly processed, starchy foods—are among the foods frequently recommended for persons with diabetes.

A common misperception is that people with diabetes need to avoid sugar and sugar-containing foods. In reality, table sugar (sucrose), made up of glucose and fructose, has a lower glycemic effect than starch. Because moderate consumption of sugar has not been shown to adversely affect glycemic control, sugar recommendations for people with diabetes are similar to those for the general population, which suggest minimizing foods and beverages that contain added sugars. However, sugars and sugary foods must be counted as part of the daily carbohydrate allowance.

Fructose, a naturally occurring monosaccharide in fruit, has minimal effects on blood glucose levels when compared with similar amounts of sucrose or starch. Although some food products marketed to people with diabetes are sweetened with fructose, intakes of fructose should be limited—to no more than 12 percent of total calories—to avoid excessive energy intakes or adverse effects on blood lipids (high fructose intakes may increase blood triglyceride levels in some individuals). Sugar alcohols (such as sorbitol and maltitol) have lower glycemic effects than glucose or sucrose and may be used as sugar substitutes. Artificial sweeteners (such as aspartame, saccharin and sucralose) contain no digestible carbohydrate and can be safely used in place of sugar.

Recommendations for whole grain and fiber intakes are similar to those for the general population. People with diabetes are encouraged to include fiber-rich foods such as whole-grain cereals, legumes, fruits, and vegetables in their diet. Although some studies have suggested that very high intakes of fiber (more than 50 grams per day) may improve glycemic control, many individuals have difficulty enjoying or tolerating such large amounts of fiber.

In individuals with diabetes, a Mediterranean-style dietary pattern that emphasizes monounsaturated fats may benefit both glycemic control and cardiovascular disease (CVD) risk. In addition, increased intakes of omega-3 fatty acids from fatty fish or plant sources may improve the lipoprotein profile and various other CVD risk factors. Other guidelines related to fat intake are similar to those suggested for the general population: saturated fat should be less than 10 percent of total calories, Trans fats should be minimized and cholesterol intake should be less than 300 milligrams daily.

Protein recommendations for people with diabetes are similar to those for the general population. In the United States, the average protein intake is about 15 percent of the energy intake. Although several small, short-term studies have suggested that protein intakes above 28 percent of total calories may improve glycemic control or lipoprotein levels in diabetic individuals, other studies did not show any benefit. In addition, high protein intakes are sometimes discouraged because they may be detrimental to kidney function in patients with nephropathy.

Alcohol Use in Diabetes

Guidelines for alcohol intake are similar to those for the general population, which recommend that women and men limit their average daily intakes of alcohol to one drink and two drinks per day, respectively. In addition, individuals using insulin or medications that promote insulin secretion should consume food when they ingest alcoholic beverages to avoid hypoglycemia (alcohol can cause hypoglycemia by interfering with glucose production in the liver). Conversely, an excessive alcohol intake (three or more drinks per day) can worsen hyperglycemia and raise triglyceride levels in some individuals. People who should avoid alcohol include pregnant women and individuals with advanced neuropathy, abnormally high triglyceride levels, or a history of alcohol abuse.

Micronutrient recommendations for people with diabetes are the same as for the general population. Vitamin and mineral supplementation is not recommended unless nutrient deficiencies develop; those at risk include the elderly, pregnant or lactating women, strict vegetarians, and individuals on calorie-restricted diets

Because excessive body fat can worsen insulin resistance, weight loss is recommended for overweight or obese individuals who have diabetes. Even moderate weight loss (5 to 10 percent of body weight) can help to improve insulin resistance, glycemic control, blood lipid levels, and blood pressure. Weight loss is most beneficial early in the course of diabetes, before insulin secretion has diminished. Not all persons with type 2 diabetes are overweight or obese. Older adults and those in long-term care facilities are often underweight and may need to gain weight. Low body weight increases risks of morbidity and mortality in these individuals.