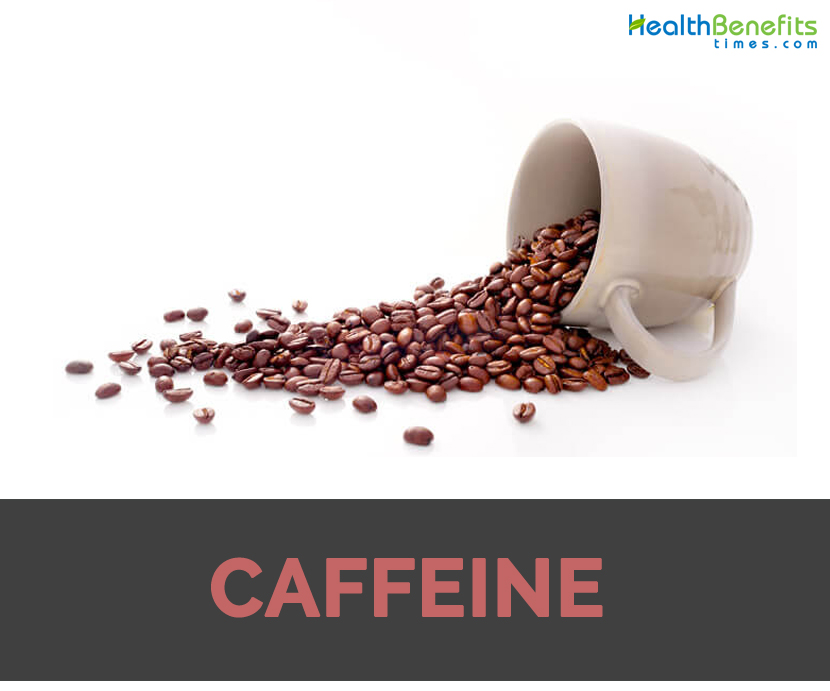 Caffeine is a chemical compound which is formed by plants. It is classified as methylxanthine alkaloid. It acts as a stimulator for nervous system. In pure form, the powder is white with slightly bitter taste and is odorless. Presently, there are 63 various plant species known that contain caffeine. Coffee, tea and chocolate are the most common food source of caffeine in human diet.

Caffeine is a stimulant that makes us feel more alert and energetic, decreasing feelings of fatigue during exercise. Caffeine has been shown to increase the use of fat asa fuel during endurance exercise, which spares muscle glycogen and improves performance. Energy drinks that contain high amounts of caffeine, such as Red Bull, have become popular with athletes and many college students. These drinks should be avoided during exercise, as severe dehydration can result due to the combination of fluid loss from exercise and caffeine consumption. It should be recognized that caffeine is a controlled or restricted drug in the athletic world, and athletes can be banned from Olympic competition if urine caffeine levels are too high. However, the amount of caffeine that is banned is quite high, and athletes would need to consume caffeine in pill form to reach this level. Side effects of caffeine use include increased blood pressure, increased heart rate, dizziness, insomnia, headache, and gastrointestinal distress.

In adults, physiological effects of caffeine could be observed at the dosages of 100 to 200 mg. As caffeine is absorbed readily by the body, the blood levels reach its peak about 30 minutes after ingestion. In adult, the clearance rate from blood requires several hours in adult to several days in newborn. The use of oral contraceptives and pregnancy lowers the clearance rate. Moreover, people trying to quit smoking should prevent intake of caffeine as to prevent from increasing caffeine levels in blood and crave for nicotine.

It is experienced by blocking adenosine receptors in brain. Brain is signalized by adenosine for the body to slow down and sleep. Study conducted on 36 participants shows that caffeine showed dose dependent effects on attention and alertness. Usually when people do not drink caffeinated products and took high doses of caffeine, they had higher increase in brain function. Study conducted on 20 sleep deprived participants, regular dose of 800 mg of caffeine assist promote reaction speed and accuracy. Caffeine makes people alert and awake while driving.

Caffeine lowers inflammation and assist in blocking perception of pain in brain.

Caffeine influences the muscles to utilize glycogen by allowing them to function longer before fatigue is set in. It assists anaerobic exercises such as jumping or sprinting. This effect may promote anti-fatigue effects and by promoting endurance, power output and physical strength. Study conducted on 16 trained young men shows that caffeine promoted upper and lower body muscle force. It enhanced smaller muscle. It promoted smaller muscle strength by 6% and larger muscles by above 13%. It has positive effect on metabolic rate and increases uptake of oxygen. With an intake of more oxygen and utilizing maximum exertion, one could have better athletic performance.

It promotes levels of dopamine which forms positive state of mind.

Caffeine prevents or slow down onset of Parkinson’s disease and Alzheimer’s disease and is also able to treat some hyperactivity problems.

Being neuroprotective, it could prevent degeneration of cells that occurs in Parkinson’s. Moreover, it inhibits adenosine receptors, improves mobility and motor functions in Parkinson’s patients. Study on 61 patients shows that 100 mg of caffeine when taken twice daily for three weeks lowered movement slowness. One study shows that intake caffeinated coffee had low chances of developing Parkinson’s disease. In addition, study conducted on 29000 participants, both coffee and tea drinkers had lower the chances of Parkinson’s disease.

Study shows that moderate intake of caffeine i.e. 200 mg promote memory performance. Though results were not significant, high to moderate caffeine users had promote memory recall compared to low users. Other study conducted on 140 young adults in two experiments. Participants who took caffeinated coffee in the morning had better performance on memory recall test in the early morning but not in the late afternoon. Review shows inconsistent effects on memory. It is beneficial for promoting memory during simple tasks but not on complex ones.

Antioxidant properties in caffeine help to protect skin cells against UV radiation and skin aging due to sun exposure. Moreover, it is used in cosmetic products to prevent accumulation of fat and formation of cellulite.