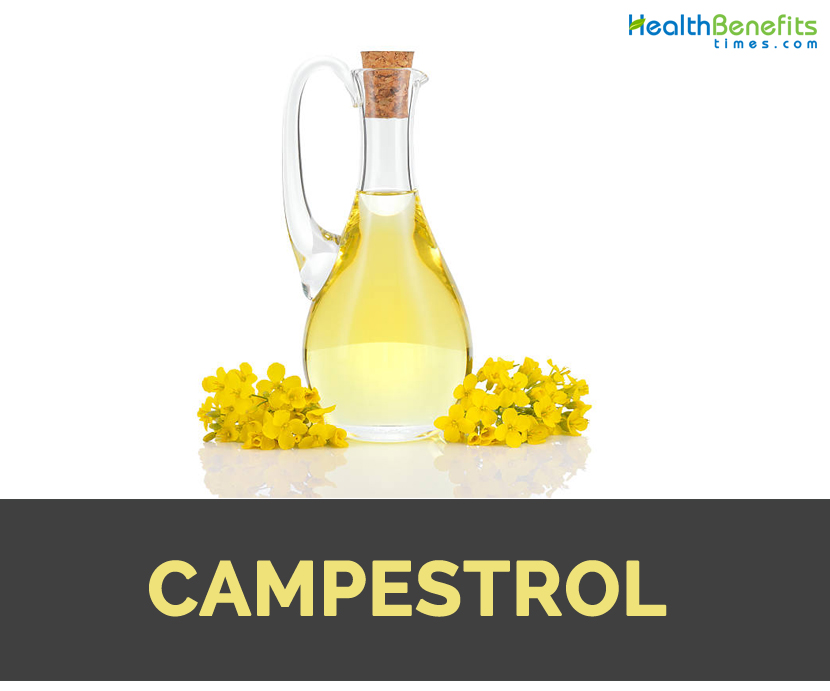 Campesterol is a steroid derivative i.e. a simplest sterol often characterized by hydroxyl group in position C-3 of steroid skeleton and saturated bonds throughout sterol structure and exception of 5-6 double bond in B ring. Campestrol is a phytosterol with similar chemical structure of cholesterol.  Chemically, campesterols resemble cholesterol but is found commonly in plant based foods such as peppers, bananas and potatoes. It helps to prevent absorption of bad cholesterol and balance blood cholesterol level.

Campesterols shows anti-inflammatory properties which makes it beneficial for cardiovascular diseases and arthritis among other health conditions. Firstly, campesterols were isolated from rapeseed. It inhibits various pro-inflammatory compounds which are involved in arthritis.

Campesterols are used for prostate growth or inflammation commonly known as benign prostate hyperplasia. These are crucial constituents of saw palmetto berry extract which is an effective natural treatment for benign prostate growth. Campesterols are also offered to people with osteoarthritis characterized by mild inflammation, cartilage destruction and joint pain. It could be beneficial for other inflammatory conditions such as fibromyalgia, allergies and sinusitis.

Besides anti-inflammatory properties, campersterol is known to have an affinity for LDL cholesterol and able to lower serum levels upto 10 percent. Campesterol and other plant sterols have some value to lower the chance of cardiovascular problems such as heart failure, atherosclerosis and stroke.

How safe is campesterol?

Campesterol is likely safe for most people when taken by mouth.

For BPH (benign prostatic hyperplasia): 60 to 130 mg of campesterol partition into 2-3 doses regularly.

For high cholesterol: 800 mg to 6 grams per day divided and taken before meals.

Campesterol is available in form of tablets and softgels.