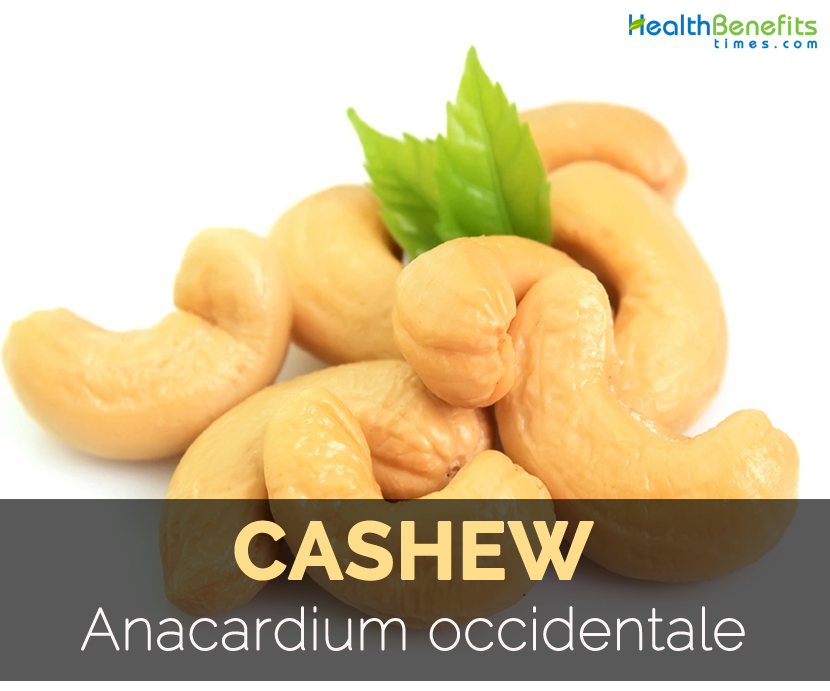 Cashew, Anacardium occidentale, is an evergreen tree that is native to North Eastern Brazil and is sophisticated in various tropical countries. Cashew is mostly produced in Vietnam, India, Nigeria and Ivory Coast. The tree produces edible fruits with nuts which are widely consumed as a food. It belongs to Anacardiaceae family. The tree is widely cultivated for its nuts. Other names include Cashew, Cashew nut, Kidney-nut, acajoeboom, anacardier, westindische Nierenboom, Acajubaum, cajou, Nierenbaum, cajú, anacardo, cajueiro, marañón, cajuil, yao guo and merey. The white or pale green flowers are pollinated by wasps, bees, flies, ants and humming birds. Frugivorous bats help to disperse fruits. Cashew nuts have a delicious taste and are easily available in the markets. The fruit of Cashew tree is called Cashew apple. It is used to enhance flavor to the salads and also consumed as a snack. It is used as a vital ingredient in Asian cuisines such as Thai and Indian foods.

Cashew was cultivated in the restinga of North eastern Brazil. Possibly, Cashew was primitive to Savannas of Columbia, Guianas and Venezuela. The plant brought to South America, West of the Andes, West Indies, Central America by the early travelers. India, Angola, Tanzania, Mozambique and Vietnam are the main exporters of cashews. In 16th century, Portuguese popularized Cashew to East Africa and West coast of India. In India, it was cultivated to prevent erosion. The international nut trade took place in 1920s. Cashew nuts gained popularity in the beginning of 20th century.

The tree grows upto 2-10(-15) m in height. It has simple, alternate leaves that are yellowish green to dark green brownish; 4-22 cm long; 2-15 cm wide which has rounded tip with flat edge. The flowers are hermaphroditic and are white or pale green. The plant yields a fruit which is called Cashew apple that is shiny, orangey, yellowish or red; rhomboid-ovate; 10-20 cm long and 4-8 cm broad. The nuts are grown at the end of Cashew apple. The nuts are 3 cm long and 2.5 cm wide which turn to dark from green when matured. Nuts have two white cotyledons and tiny embryo. The flesh is light yellow and spongy. The fruit has tropical flavor and astringent or sweet taste. The tree bears flowers in Brazil from August to September and in Southern India from December to January.

The barks and leaves of Cashew tree along with Cashew apple has the ability to counteract germs, bacteria, prevent diarrhea, increase libido, lower blood sugar, fever, body temperature and blood pressure. Cashew nuts are easily available on the grocery stores all around the world. It is loaded with various nutrients. It contains iron, minerals, phosphorus, magnesium, copper, zinc and manganese. It is high in fat. As they have high amount of monosaturated fatty acids, it assist the levels of HDL cholesterol.

The daily intake of Cashew nuts on limited amounts provided enormous health benefits. Along with the sweet taste, it is packed with vitamins, antioxidants, electrolytes, proteins and minerals that is essential for the healthy development and growth of the body for the children. The health benefits provided by Cashew nuts are described below:

The seed extract of Cashew displayed anti-diabetic properties according to the study conducted. The investigation evaluated that the extracts of Cashew helps to promote the insulin of the body. The products of Cashew tree possess anti-inflammatory properties contrary to the high blood sugar and prevent the resistance of insulin in the diabetic patients. (1)

Cashew is an excellent source of dietary fats which is required for the absorption of fat soluble Vitamin D, A, K and E as well as for the production of fatty acids which are essential for the blood clotting and brain development. It includes polyunsaturated fats and monounsaturated fats. It helps to lower the level of bad cholesterol. The high intake of saturated fats could raise LDL cholesterol that results in the cardiovascular conditions such as arteries hardening and atherosclerosis. The studies show that unsaturated fats promote HDL cholesterol level, lowers blood pressure as well as triglycerides. The intake of fish, cashews, canola oil and olive oil provides the healthy unsaturated fats. (3) (4) (5) (6) (7)

Cashew is a great source of magnesium that is required for the bones, tissues, muscles and organs development. It maintains the pressure of blood, functions of nerves, immune system and bone health. It is also involved in the functions of metabolism; regulate the level of blood sugar and influence of insulin. Magnesium deficiency changes the metabolism of hormones and calcium. (8) (9)

The research shows that antioxidants such as cardanols, anarcadic acis and cardols are found in Cashews helps to treat cancer and tumors. Grounded cashews are secured for the patients. (10) (11)(12) (13)

Cashews have high amount of copper which assist in iron metabolism. It supports to form the red blood cells. It helps to keep the health of bones and immune system. It is essential for the maintenance of skeletal and nervous system. The lack of copper could lead to irregular heartbeats, osteoporosis and anemia. (14) (15)

Cashews contains phosphorous that is required for the bones and teeth development. It supports protein synthesis, absorption of fats and carbohydrates along the conservation of cellular health. (16)

Cashews are good source of iron, dietary that is essential to carry oxygen in the body and assist in the function of immune system and enzymes. Lack of iron in the body results in anemia, fatigue and increased chances of infections. (17)

Gallstones are the deposits of iron which composes of cholesterol that acquire in gall bladder. The daily intake of cashews helps to reduce the chances of gallstone formation. (18) (19)

Zinc is found in Cashews that has an essential role in enhancing the immune system from protein synthesis, microbial infection and wound healing. During pregnancy, it helps in the healthy growth of body and maintains the body’s stable state.

The intake of Cashew could lead to the various side effects:

Kidney Stones: Cashews has oxalate salts which hinders in the calcium absorption. The compiled calcium can leads to the kidney stone formation. The patients of kidney stones should intake cashew nuts in moderate amounts.

Allergy: The intake of Cashew can result in allergic reactions. Some of the allergies are:

The high intake of salted cashew nuts raises the level of blood pressure and hypertension due to high presence of sodium in Cashew nuts.

The consumption of Cashew nuts is not effective for the migraines and headache patients due to the presence amino acids such as phenylethylamine and tyramine. The amino acids might cause head pain in sensitive individuals.

How Much Cashews to Eat Per Day

It depends on the sex, age and medical conditions of the people about how much to consume. Though this dry fruit have lots of health benefits, the excessive intake could lead to serious health problems. The nutritional benefits could be obtained by taking it in limit. One should consume about 5 to 10 in numbers each day. The high consumption of cashews leads to the gain in weight. 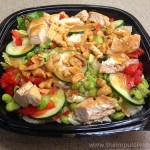 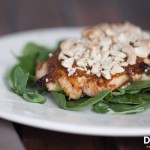 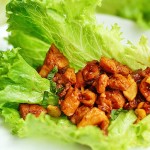 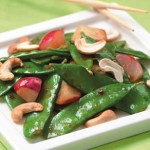 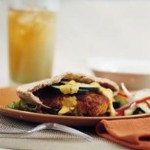