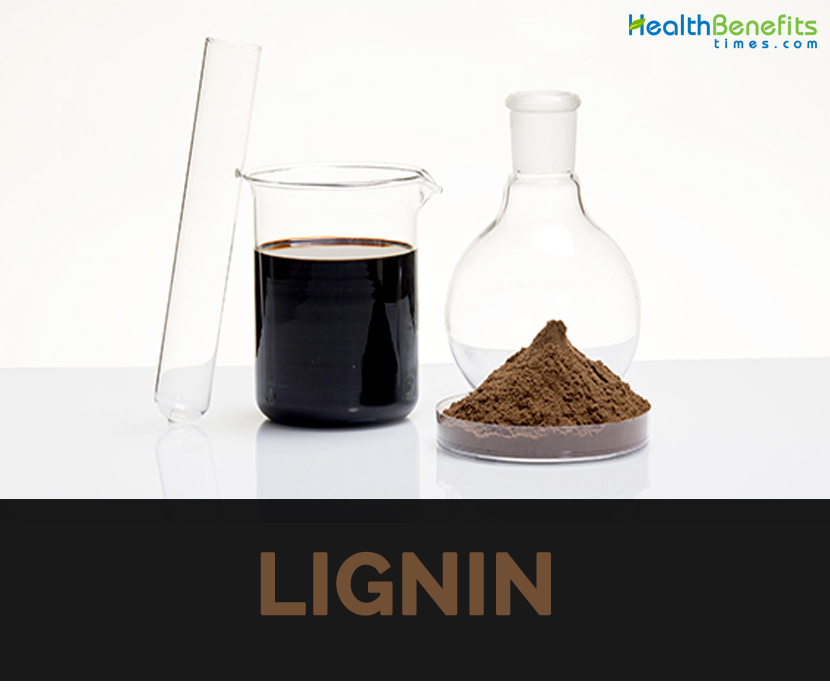 Lignin are indigestible substances which makes woody parts of vegetables such as carrots, broccoli and seeds of fruits such as strawberries. It is regarded as non-carbohydrate forms of fiber. It is found in woody parts of plant cell walls and also in brans, an outer husk of grains such as oats, wheat, rye and other whole grains. It is a class of intricate organic polymers which forms crucial structural materials in support tissues of vascular plants and some algae. It is essential for formation of cell walls especially in bark and wood.

It is an irregular polyphenolic polymer which is synthesized by dehydrogenative polymerization of phenyl propanoid units such as sinapyl alcohol, coniferyl alcohol and coumaryl alcohol corresponding to syringyl, guaiacyl and p-hydroxyphenyl structures of lignin respectively. It has various industrial uses as a binder for particleboard and similar composite or laminated wood products, as a filler or active ingredient of phenolic resins, as a soil conditioner and as an adhesive for linoleum.

In 1813, lignin was firstly mentioned by Swiss botanist A.P. de Candolle describing it as a fibrous and tasteless material, not soluble in water or alcohol but is soluble in weak alkaline solutions and could be hastened from solution using acid. The substance was named lignine which have been derived from Latin word lignum that means wood. It is an organic polymer on earth which is exceeded by cellulose only. It comprises of 30% of non-fossil organic carbon and about 20 to 35% is dry mass of wood.

Facts and Food Sources of Lactose