Trending
You are at:Home»Oils»Okra seed oil uses and benefits 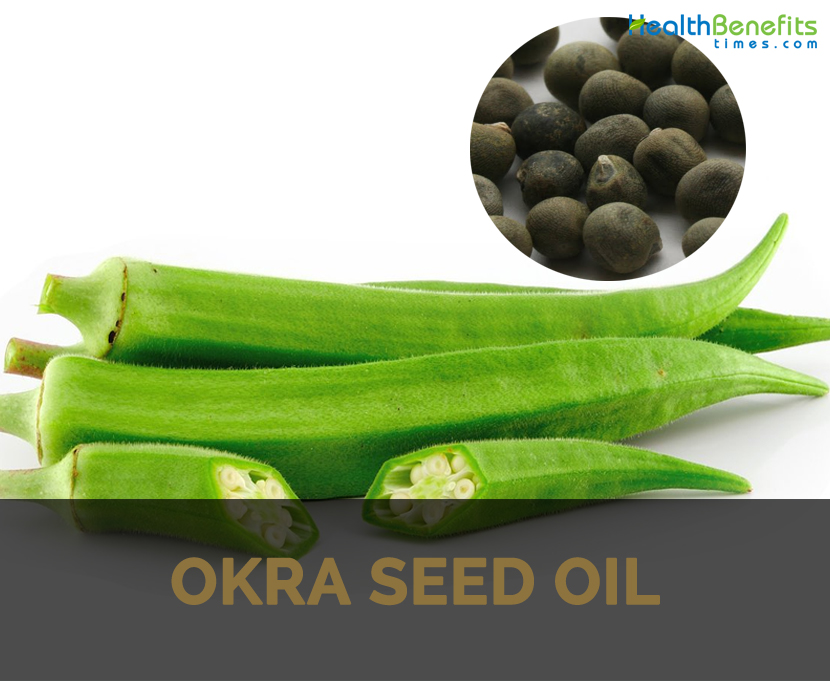 Okra is a flowering plant that has been originated in India and various English speaking countries. It is also known as bhindi, lady’s fingers and bhendi. Botanically, it is called Abelmoschus esculentus and belongs to the family Malvaceae. It is mostly prized for the seed pods it produces. Okra has high content of Vitamin C, A, iron and calcium. The seeds of Okra are striated; hairy and round that could be used for oil extraction. In 1920, Baughman and Jamaienson analyzed that the seeds have 20% of oil so Solvent extraction method is suitable to extract oil instead of expelling. The resulted oil is bright yellow in color having a greenish tinge and a fragrant odor. This oil possesses Gama and Alfa tocopherols along with triglycerides. It is an excellent source of linoleic acid which is a polyunsaturated fatty acid that is a required nutrition for humans.

It is widely grown in West Africa especially Nigeria. It was originated in Ethiopia and was propagated by 12th century BC in North Africa, Arabia, Mediterranean and India. It is commercially grown in Japan, India, Western Africa, Iran, Turkey, Bangladesh, Yugoslavia, Pakistan, Afghanistan, Thailand, Malaysia, Myanmar, Brazil, India, Cyprus, Ethiopia and Southern United States. The seed pods were cooked and seeds were roasted or ground and also used as a substitute for coffee. In 1700s, it reached to U.S. and Caribbean and was brought from West Africa by slaves and soon after, it was introduced to Western Europe.  Creoles learned to cook okra for thickening soups from slaves in Louisiana. Due to its increased popularity, the pods have gained respect as a vegetable in the country U.S.

Okra seed oil is a common edible oil that is extracted with the use of solvent extraction method and could also be used as a substitute for cotton seed oil. It is also used for the production of vanspati.