Trending
You are at:Home»Oils»Poppyseed oil facts and benefits 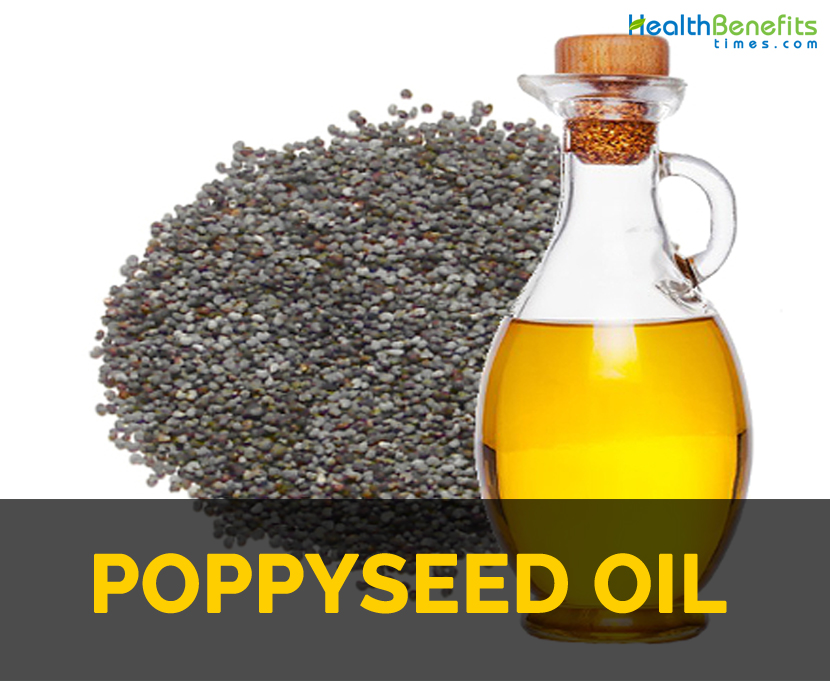 Poppy seed was cultivated widely in Eurasia. The world’s production for poppyseed oil occurs in Germany and France. From 1900-1911, it was used to dress salads and to enhance the taste of stored seeds oil. It was used to contaminate peach kernel oil and olive oil. The poor quality of poppyseed oil is used in the soap industry. In 20th century, poppyseed was used for pharmaceutical purposes.

Poppyseed oil is edible oil which is derived from the poppy seeds. The poppy seeds contain 45 to 50% of oil which is rich in Vitamin E, codeine and morphine. It is used for both pharmaceutical and culinary uses as well as making varnishes, paints and soaps. In industrialized countries, it is used for culinary purposes as dipping oil and in salads. It is also known as Poppy seed oil, oleum papaveris seminis and poppy oil.

Poppyseed have high concentration of minerals, vitamins, dietary fibers and electrolytes that assist human body as well as circulatory system. It also possesses anti-inflammatory and antioxidant properties that help to promote immunity as well as cell damage. In the 19th century, this oil was used for various purposes such as cooking oil, fuel or lamp oil, varnish and making paint and soaps.

Poppy seed oil has pleasant and nutty flavor. The plant of poppy was originated from East Mediterranean and Asia belonging to the Papaver genus having its scientific name as Papaver somniferum. The oil is extracted from the small and dark seeds of the poppy flower which is mostly used for dressing salads. Due to the smooth and subtle flavors, it is used as a condiment. It is an excellent source of energy, calcium and calcium. It also have highest amount of linoleic acid that helps to prevent from heart attacks and heart diseases. It has unique aroma and flavor. The study shows that this oil is used for fertility as well.