Trending
You are at:Home»Foods»What is Protein Bread and its benefits? 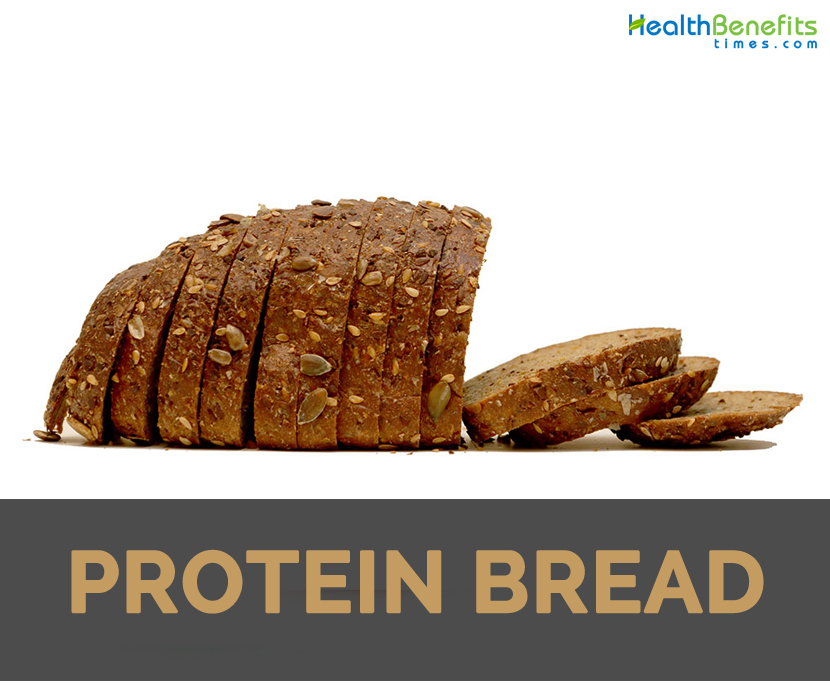 Generally protein bread is stickier and more expensive containing more calories and fat in comparison to normal bread. Protein bread is a best alternative for those who want to discard carbohydrates but still like to have bread. When the carbs is cut out from diet, it assists in losing weight. This bread is also considered to be dieters dream and also known as Diet Bread.

Modern bakery is the first bakery which produces this formulated bread. It comprises 28% of protein and five times more protein in comparison to conventional bread loaf and even higher content of protein than steak. The carbohydrate is 8% which is six times lower in comparison to regular bread. It is a smart choice for dieters following high protein and low carb diet.

This bread is helpful for diabetic patients as it assist in control and also to regulate amount of sugar in bloodstream. It limits carbohydrate intake. Carbohydrate is the main source of energy and when it is broken down in the body, it promotes glucose level in blood. The diabetic patients may not produce enough insulin to break down glucose.

It is expected to be popular among fitness people. It is predicted that protein bread is effective for those who wants to meet weight loss goals or reap benefits from nutrient packed bread.

The three brothers in Syracuse, N.Y. with help of personal trainer tried to develop healthy bread products that could be enjoyed on daily basis by achieving fitness goals. In 2008, P28 protein bread was developed after a year of development. It is the first original high protein bread on the market. Its demand got high popularity as the consumers were aware about the benefits of high protein diet.

However in Australia, it was founded that the Protein Bread Co. helped health focused as well as athletic individuals to get their daily nutritional requirements with protein packed and low carbohydrate bread.

Let us take a look on the health benefits provided by Protein bread:

The study was conducted for determining dietary protein effects and eating frequency on satiety and appetite during weight loss. It included 27 obese or overweight men who consumed energy restriction diet either normal protein or higher protein for 12 weeks. On the beginning of week 7, they consumed respective diets as either 6 eating occasions per day or 3 eating occasions per day for three consecutive days in randomized order. The satiety or indexes of appetite were evaluated on third day. The desire to eat, daily hunger and preoccupation with thoughts of foods were not different. HP group experienced greater fullness and lower late night desire to eat when compared to NP group. 3 vs 6-EO patterns did not become able to influence fullness, daily hunger, desire to eat and preoccupation with thoughts of food within groups. 3-EO pattern resulted in greater evening and late night fullness and 6-EO in only within HP group. The data supported consuming HP intake in limited frequency for appetite control and satiety in obese men during energy restriction persuaded weight loss. (1)

Obesity is responsible for cardiovascular diseases and metabolic syndrome. The change in lifestyle or dietary and controlled energy intake with moderate intake of protein represents in effective weight loss. The ingestion of protein results in these outcomes such as increment in satiety, increased thermogenesis and accretion or maintenance of fat free mass. However to reap the health benefits, protein should be consumed in moderate with customary dietary practices and individual variability. (2)

Sarcopenia is the loss of muscle strength and mass which is experienced as aging occurs. To maintain skeletal muscle function throughout life span and old age is essential for good health and independent living. Studies have indicated protein as a vital macronutrient for older adults. But one should avoid excessive intake of protein in order to avoid negative nitrogen balance which helps to promote bone health and prevent sarcopenia. The right intake of protein enhances the function in older adults with the promotion in ability to recover from trauma and disease.

Cardiovascular disease is the leading cause for death in the world. An intake of dietary fiber is considered to be a part of healthy diet and keeps serum cholesterol levels at bay. High intake of dietary fiber is related with the chances of cardiovascular disease. It provides beneficial effects on cardiovascular health by reducing serum cholesterol levels by promoting an excretion of bile acids and prevent synthesis of fatty acid in liver. The foods rich in fiber such as protein bread assist to manage body weight due to greater satiety and slow digestion.

Brain is the most active bodily organ which represents 2 percent of body weight and over 20 percent of body’s total energy expenditure. Vitamin B supports metabolic functions besides their role in neurochemical synthesis. Protein bread is the great source of Vitamin B that has vital impact on cognitive function. Homocysteine for brain atrophy is a risky factor for dementia and cognitive impairment. Protein bread helps to reduce plasma concentrations of homocyteine. Study shows that Vitamin B slows down rate of increased brain atrophy in patients having cognitive impairment. As we start to age, our brain slowly atrophy which is accelerated in patients with Alzheimer’s disease. Recent study shows that participants who took Vitamin B for two years have lower rate of brain shrinkage. The high homocysteine levels cut down the rate of atrophy.

Studies suggest that environmental risk factors are responsible for causing colorectal cancer. The dietary habits should be healthy. An intake of red meat and alcohol are the convincing dietary risk factors for colorectal cancer. Protein bread has dietary fiber that assists gastrointestinal peristalsis to eliminate constipation and absorption of harmful substances in gut and promotes their elimination. Additionally, dietary fiber promote intestinal flora and provide nutrition and energy for healthy bacteria in the gut. An increase in consumption of whole grain promotes the frequency of bowel movement in six weeks. It also prevents the colorectal cancer.

How to make protein bread?

Too much protein causes in taking more nitrogen than required. This puts strain on kidneys which should expel extra nitrogen through urine. The kidney patients should consume low protein diets as it helps to lower excess level of nitrogen and assist to prevent kidney problems.

Fat is a dietary substance which increases the risk of cancer and protein also has some role in it. The people who consume meat daily are more prone to colon cancer. Research shows that protein, fat, natural carcinogens and absence of fiber in meat has roles. It has been noted that diets rich in protein such as meats were associated with some types of cancer.

The diets with high animal protein cause the kidneys to excrete more calcium than normal which increases the chances of osteoporosis. Diets with low protein have lower chances of hip fractures and osteoporosis.

An increase in excretion of calcium promotes the chances of kidney stones. Research concluded that consumption of five ounces of fish in normal diet increases the chances of forming urinary tract stones by 250 percent.