Trending
You are at:Home»Herbs and Spices»Traditional uses and benefits of Sainfoin 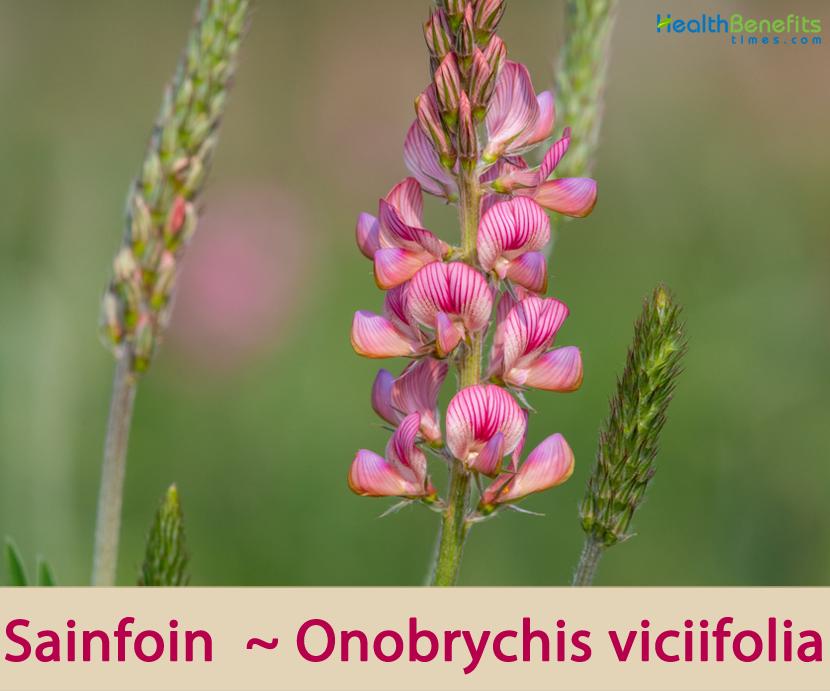 Sainfoin scientifically known as Onobrychis viciifolia is a deep-rooted perennial legume belonging to Fabaceae / Leguminosae (Pea family). The plant is native to Turkey, Iran and Europe. It was first cultivated in northern France and in the United Kingdom. It is now widespread in warm-temperate Europe, Asia, Mediterranean countries and western North America. Some of the popular common names of the plants are Common Sainfoin, Sainfoin legume, Esparcet, Holy-clover and Vicia-leaved holy-clover.  The plant is possibly occasionally used for food. It is an excellent soil stabilizer and conditioner, especially on dry, limestone soils and is sometimes grown as an ornamental.

Sainfoin is an erect, deep-rooted, perennial herbaceous legume plant that normally grows about 40 to 100 cm in height. The plant is found growing in grassland on chalk and limestone, dry, sunny meadows, pastureland, roadsides, fields, waste lots, mesic to dry fields, clearings, and other disturbed areas. The plant prefers a well-drained neutral to alkaline sandy loam in full sun. It succeeds in poor soils and in shallow soils over chalk and dislikes shade. It does not succeed in wet soils. The plant has erect or sub-erect hollow stems growing up to a height of 100. It has a deep tap root system with few main branches and numerous fine lateral roots, which provide sites for root nodule development.

The leaves are pinnate, compound, formed from 15–25 small leaflets. The shape of the leaves is elliptical, oblong-elliptical or (mainly in the upper leaves) lanceolate, oblong-lanceolate. Leaflets are narrowly elliptic to oblanceolate, 1-2 cm. long, with a small, sharp point at the tip. Stipules are lanceolate, 5-12 mm. long, papery, reddish-brown.

Inflorescence of spike-like racemes on long peduncles arising in the leaf axils, 10-50 pea-like flowers, the stout raceme-stalks longer than the leaves. Calyx is bell-shaped, the 5 teeth linear-lanceolate, equal, twice as long as the tube. Corollas are pea-like, 10-13 mm. long, pink to lavender, prominently lined with reddish-purple; the wings are much shorter than the banner or keel. Stamens are 10, monodelphous, but the upper filament free at the base and the upper 1/3 of its length. Flowering normally takes place in between June to August. 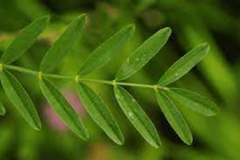 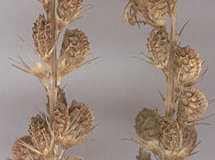 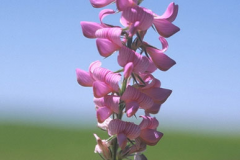 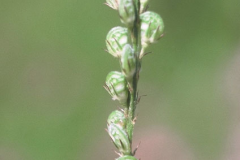 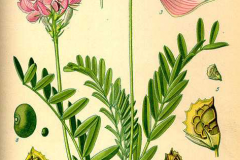 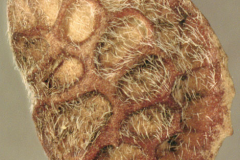 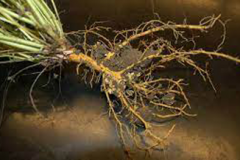 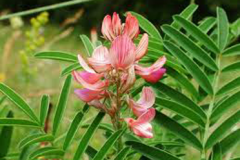 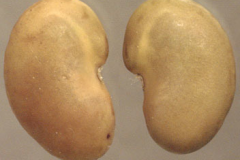 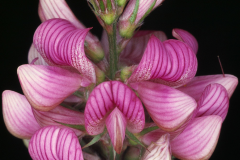 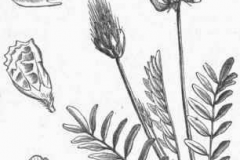 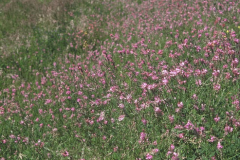 Fertile flowers are followed by egg-shaped pods that are leathery and non-splitting. They are 6-8 mm long, hairy, net-ridged, pimply or short-prickly on the sides. The fruit color is mainly determined by the ripeness at harvesting time. The fruit is either spiny or spine-less. The degree of spininess is characteristic for different lines and is genetically determined. The size of the seeds is variable from 2.5 to 4.5 mm long, 2 to 3.5 mm broad and 1.5 to 2 mm thick. Unmilled seed and milled seed weigh approximately 24 and 15 g/1000 numbers, respectively. Seeds are large with only 18,500 (pre-husked) seeds per pound