Trending
You are at:Home»Herbs and Spices»Health benefits of Scoparia Weed 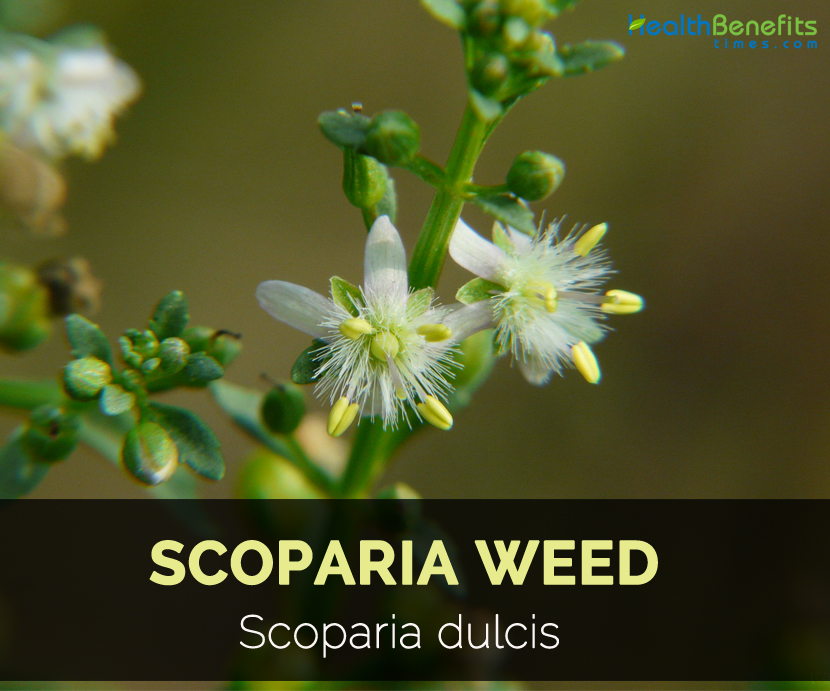 Scoparia dulcis Linn is a substantial ethnomedicinal plant which is commonly known as sweet broom weed is a perennial plant which is distributed widely in subtropical and tropical regions of India, Brazil, America, Myanmar and West Indies. India is blessed with natural resources and ancient knowledge for the judicious utilization. Firstly, humankind utilized material found in environment on empirical basis for curing various health ailments.

It is an erect, much branched, smooth, herbaceous, or half-woody plant belonging to Scrophulariaceae Juss.  (Figwort family).  The plant normally grows about 25 to 80 centimeters in height. The plant is found growing in cropping areas, roadsides, tracks, pastures, fence lines, firebreaks, rangelands, railway lines, eroded banks, gardens, waste areas and disturbed sites in temperate and semi-arid regions. The stems and leaves are initially green in color, however they often turn yellow, orange, red or brown in color as they mature. Stems and branches are somewhat hairy (i.e. pubescent). This plant reproduces by seed. When the plant reaches maturity it usually breaks off at the base of the stem and rolls along in the wind like a ‘tumbleweed’, thereby dispersing its seed over large areas.

The leaves are opposite or verticillate in three. They are simple and sessile. The lamina is oblanceolate, 2.5 to 5 cm long and 1.5 cm wide. The base is attenuated by acute corner, forming a pseudo-petiole. The top corner is wide. Both sides are smooth and riddled with green glands, brilliant. The margin is entire in the lower half of the leaf blade and toothed in the upper half.

The flowers are solitary or in pairs in the axils of the leaves. They are a bluish color. They are carried by a peduncle 6 to 8 mm long. The calyx consists of 5 sepals almost free to the base. They are elliptical in shape, tapering at the top. They are finely hairy. The corolla consists of 4 petals, rarely 5, free nearly to the base. They are oval, apiculate at the top. The entire calyx and corolla is 3 to 4 mm long. The four stamens have anthers 2-celled equal. The ovary is surmounted by a filiform style not exceeding the corolla.

The fruit is a dehiscent capsule, ovoid, surmounted by the style. It is 4 mm long and contains numerous seeds. When ripe, it opens in two valves. The seeds are extremely small, they measure 0.1 mm long. They are obconical shape. 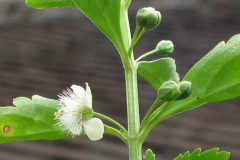 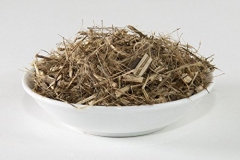 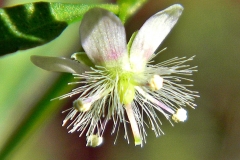 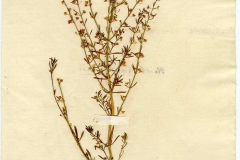 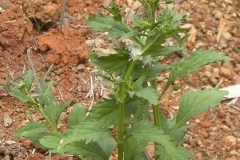 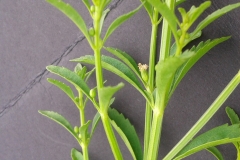