Trending
You are at:Home»Fruits»Health Benefits of Seashore Mangosteen 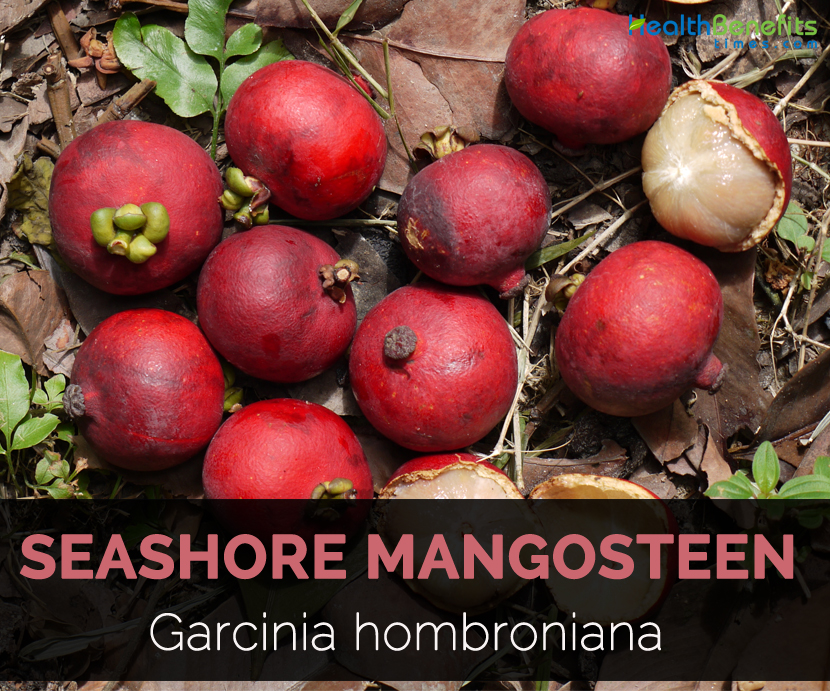 Seashore Mangosteen is inherent to Peninsular Malaysia and also found in coastal regions from lowland forests near the sea to lower mountain forests and the highlands. It is found in Nicobar Islands and cultivated intermittently throughout the tropics. In India, the fruit is cultivated in Kerala and Tamil Nadu. It is mostly cultivated for ornamental purposes and the fruits are used for making juices and jellies. It is naturally found near seashores and riverine areas, in coastal primary and secondary forests and salt tolerant and adapted to the sandy and rocky soils. It is found in Peninsular Malaysia on acid clay soils in lower montane forest on range upto 500 meters elevation.

Seashore Mangosteen is a small and evergreen tree which reaches to the height of 4.6-6 meters but can reach to 30 meters. The trunk is straight with a girth of 180 cm and densely branched. Bark is grey which peels off in little flakes displaying paler grey to buff new bark and has opaque white exudate. Twigs are smooth and green when young but as it becomes older, it turns dark brown and rough. Leaves are coriaceous, glossy, ovate to ovate-oblong and about 15–25 cm long and 5–13 cm wide. Flowers are whitish- cream and tetramerous with four sepals, four petals and pedicellate. Fruit is spherical, beaked, smooth, about 5 cm across with pinkish-red or orangey-red peel crowned by disc like remnant stigma and green leathery calyx at the pedicel end.

Leaves are leathery and ranges from light to dark green with underside of leaves lighter than top. Leaves are simple, opposite, elliptical to oval or lanceolate with entire margin. Leaf base is cuneate to obtuse or acute, apex is acute to acuminate with drip tips present. Midrib is formed on both upper and lower surface of the leaf. Glandular lines can be seen on the lower surface of the leaf and wavy brown to pale green lines are angled at around 45 degrees from the midrib.

Fruits are green which turns pinkish-red when mature. They are round with smooth skin and grows upto 5 cm. The smell resembles apple and the pulp is yellowish which tastes sour. 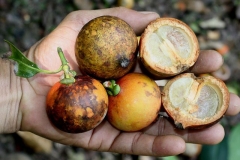 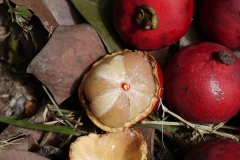 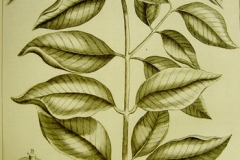 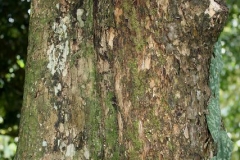 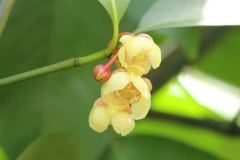 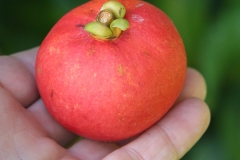 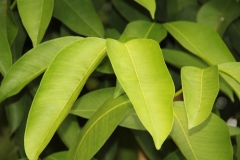 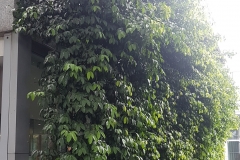 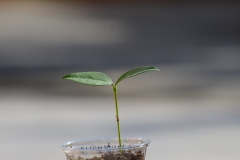 In antibacterial assay, compound 11 (MIC value 31.25 μM) was found to be the most active against Gram positive bacteria (S. aureus and B. Subtilis) followed by compounds 7 (MIC value 62.5 μM) and 10 (MIC value 250.0 μM). Compound 7 exhibited the strongest inhibition against P. aeruginosa; a Gram negative bacterium with MIC value 15.65 μM. The present study reported the isolation of various chemical constituents identified by spectroscopic techniques for the first time from the bark of Seashore Mangosteen. The investigated constituents were analyzed for antioxidant and antibacterial activities. This biochemical investigation study of the isolated compounds justifies the traditional uses of Seashore Mangosteen against infections after child birth and itching problems.

MEA bark extract of Seashore Mangosteen effective against CCl4-induced liver toxicity and cytotoxic activity against MCF-7 (human breast cancer) and DBTRG (human glioblastoma) cell lines. The results obtained from hepatoprotective activity conducted in the study reports that MEA extract of Seashore Mangosteen at a concentration level of 500 mg/kg significantly debilitiated the increased activity of the blood enzymes. In addition, the 1H and 13C NMR, and IR spectra of the analyzed extract showed characteristic signals of phenolic compounds which can be associated with hepatoprotective and cytotoxic activities.