Trending
You are at:Home»Oils»Shark liver oil uses and benefits 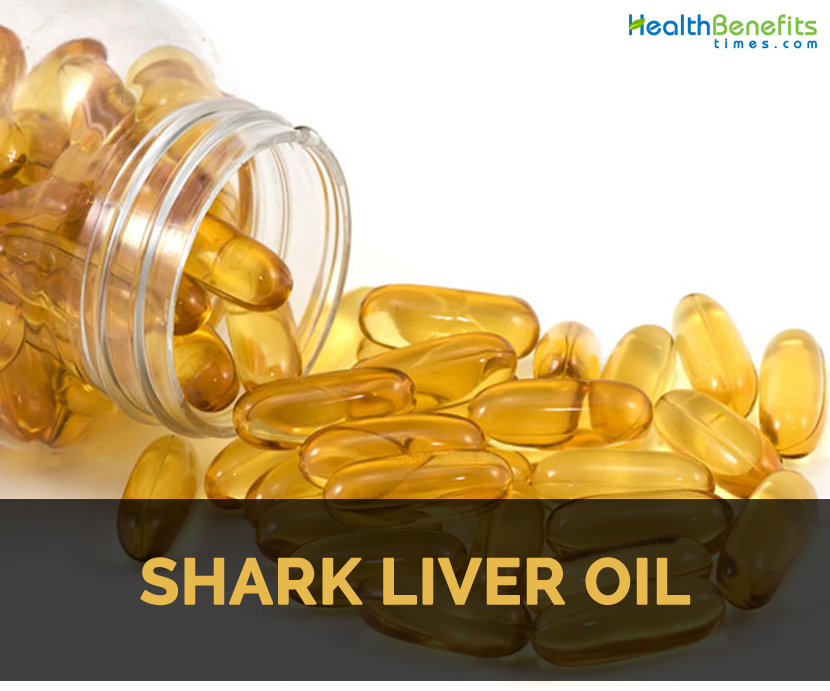 Shark liver oil is derived from the preserved livers of shark species such as Galeorhinus zyopterus and Hypoprion  brevirostris  which belongs to the  family Pleuonectidae and order Selachii.  The livers are cleaned at first and then minced. After that it is placed in pot which is at 800C. With the dehydrating agent, the oil is treated and kept for dehydration in vaccum. At last the oil is being centrifuged to eliminate materials. This oil has high content of alkylglycerols that is also found in bone marrow and mother’s milk. The oil is comprised of Vitamin A, squalene, pristine, Omega-3 fatty acids, triglycerides, fatty alcohols and glycerol ethers.

Shark liver oil is used as an aid for the people living in Sweden and on the coasts of Norway for about hundreds of years. It was used to treat healing of wounds and as an aid for treatiing respiratory tract problems and maintains digestive health. A young Swedish doctor found in 1950 that the extracts of bone marrow speed up the recovery of White blood cells. Alkylglycerols is an active ingredient found in the extract of bone marrow.

The secret of deep sea Shark got revealed in late 1800 in Japan. The study shows that the fishermen in Suruga Bay drank cups of oil that have been derived from shark’s liver. The daily intake of Shark’s liver oil got new experience of newfound vigor and health. It was considered to be a cure-all. They believed that it was an effective treatment of constipation and cancer.

An expert chemist named Dr. Mitsumaro Tsujimoto in 1906 found that the villagers extracted oil from the shark livers which is named as squalene as it is derived from Squalide. His discovery shows various health benefits which was helpful for Japanese people. He was provided an Imperial Award in honor of his achievement from Japan.

Shark liver oil has high content of Vitamin A. It also possesses Squalene, Alkyglycerol, Squalamine, fatty acids such as DHA, Omega 3 and EPA. It stimulates the immune system. Some health benefits are discussed below:

Shark liver oil is helpful for the people having weak immune systems and is usual to infections such as flu and cold. It has squalene that promotes immune health and forms antibodies that helps to counteract the diseases. It provides protection against fungal and bacterial infections. It also provides relief from respiratory problems, lymph node swelling and alimentary canal irritation.

Shark liver oil helps to counteract cancers such as lung, breast, skin and brain by obstructing the supply of blood to the tumor cells. This oil has high content of squalamine and alkyglycerol which helps to enhance immune system. It also persuades apoptosis of tumor cells.

This oil is an excellent source of squalene and triterpene that promotes immune system, relieve arthritic pain and prevent infection. It has high content of squalene in comparison to palm oil, olive oil, wheat germ oil and rice bran oil. It helps to lower pain to a greater extent. It lowers the level of blood sugar and blood pressure and is an aid for diabetes and hypertension.

Shark liver oil has antioxidant properties that makes the person look young and is a beauty supplement.  It possesses rejuvenating properties. It lowers free radical damage and promotes the skin complexion. It is used in cosmetics due to the high content of Omega-3 fatty acids.

This oil could be added to lip balms that prevents the lips being chapped and also moisturizes it. It also provides relief from canker sores.

Alkyglycerol provides relief from cold and is also used in cancer therapy. It is used to treat arthritis, asthma and psoriasis.

This oil is an effective tool for providing sound sleep.

Shark liver oil has been used for centuries for enhancing immune system.  It has compounds such as squalene and alkylglycerols in adequate amounts along with Vitamin E. It is used to boost immune system that assist in healthy aging. It is used to support immunity at the time of pregnancy, improve vascular health and lower muscle wasting.