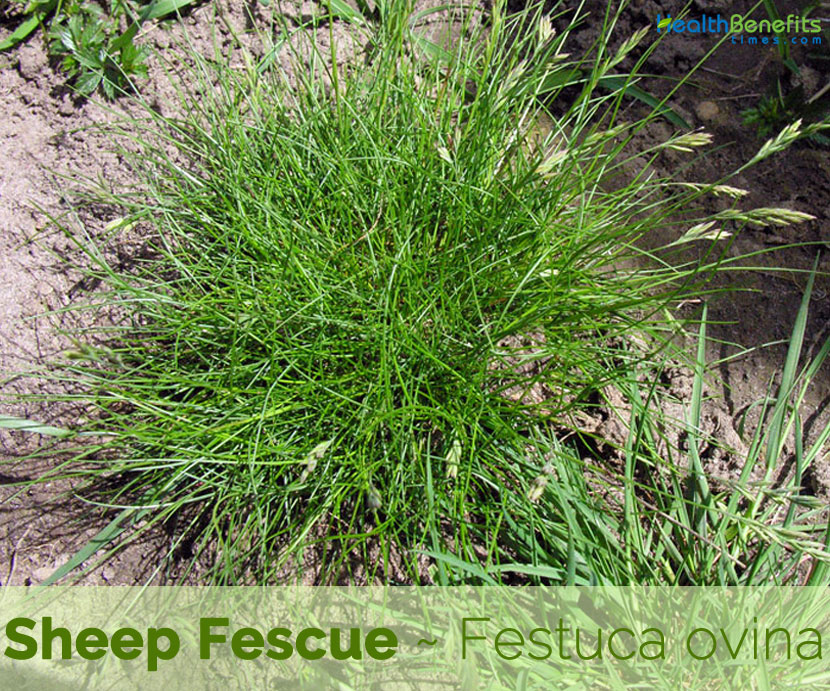 Sheep’s fescue or sheep fescue scientifically known as Festuca ovina is a species of grass of genus Festuca L. (fescue) and Poaceae ⁄ Gramineae (Grass family). It is occasionally confused with hard fescue (Festuca trachyphylla). The plant is native throughout Europe (with the exception of some Mediterranean areas) and eastwards across much of Asia; it has also been introduced to North America. Few of the popular common names of the plants are Common fescue, Sheep fescue, ovina and Blue Fescue. It is classified under the British NVC community CG2, i.e. Festuca ovina – Avenula pratensis grassland, one of the calcicolous grassland communities. This is one of the food plants for the caterpillars of several butterflies and moths, including the Gatekeeper and the Meadow Brown, the Small Heath, and the grass moth Agriphila inquinatella.

Sheep fescue is a low-growing stress tolerant, perennial cool season turf grass that grows about 40 inches. The plant is found growing in mesic open hillsides, meadows, or open woodlands, exposed bench lands, hillsides and ridges, parks, meadows, forestlands, and open ponderosa and lodge pole pine stands, lowland calcareous grasslands, upland heaths, moors, mountain slopes, rock ledges, and sea-cliffs. It often grows on all exposures in a wide variety of soil conditions. It is often found in dry, well-drained, sandy, gravelly, or rocky soils; however is occasionally found on loamy sand soils, and on shallow, dry, gravelly soils. It is sometimes used as a drought-tolerant lawn grass. It has excellent winter hardiness and develops a large root mass making this a long-lived variety. Sheep Fescue differs from hard fescue in that it is shorter (5-10 cm or 2-4 inches), slightly more drought tolerant, and has a blue-green color.

Leaves are mainly basal, numerous, and rolled. They are very slender, rough to the touch on the margins, and 2-5 inches long. They are less than half the length of the stem; the stem leaves are few and very short. The sheaths are open, auricles are absent, and the ligule is membranous. The leaves are blue-green-gray in color which helps identify this species from other similar grasses.

Panicle is approximately 15 cm long with 1 side branch at the lower nodes. It is initially upright, and then spread horizontally. Spikelets have long pedicels, usually 5–9 florets which flower from May to June. Glumes are rounded at the top; lemmas are ovate, awn-tipped, and often purple. The flowers are hermaphrodite (have both male and female organs) and are normally pollinated by wind. 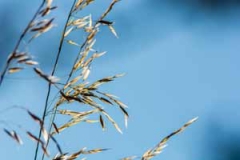 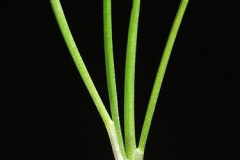 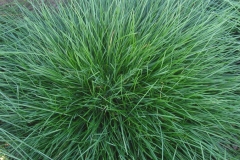 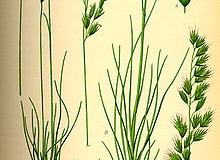 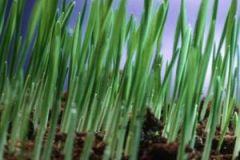 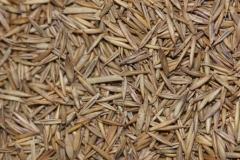 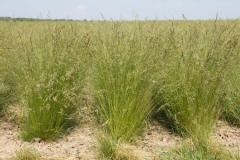 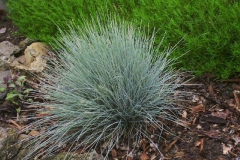 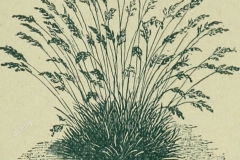 Fertile flowers are followed by grain short and plump (mussel-shaped), lemma sharply pointed at the top, mostly awnless, but may also be awn-tipped. Pedicel is 0.5-1 mm long (shorter than that of red fescue), widening towards the top and covered in short hairs.

Sheep fescue is a cool season perennial grass native to Europe. Within North America, sheep fescue has been planted in open forests and mountain and foothill slopes from Alaska to North Dakota and south to Arizona and New Mexico. It has also been introduced to many locations in eastern North America.