Trending
You are at:Home»Fruits»Wild Blueberries facts and nutrition 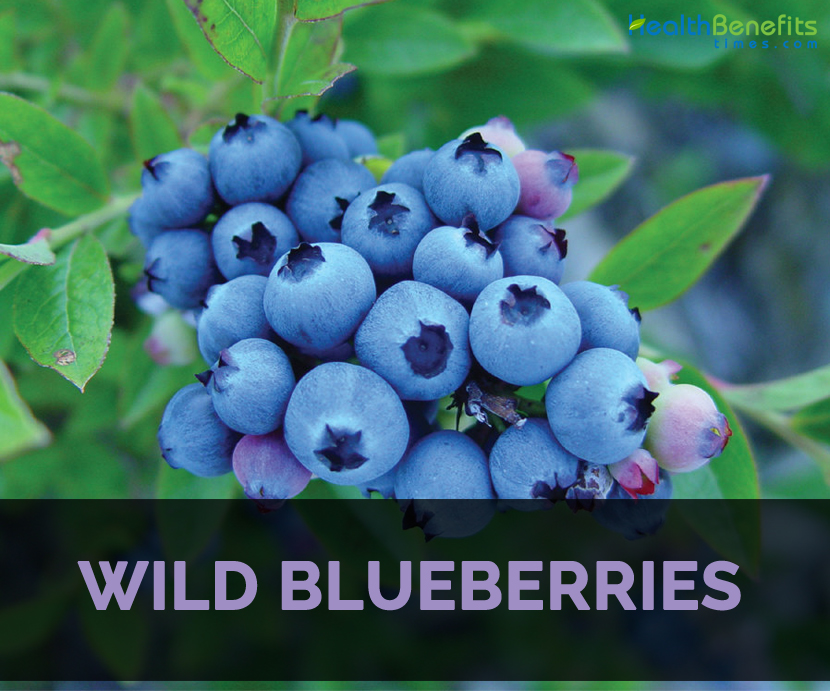 Wild blueberries scientifically known as vaccinium angustifolum are apparent from cultivated cousins in various ways. It is spread by rhizomes and underground runners leading to new shoots and stems. Wild blueberry varies in size and color. Wild blueberries have high levels of antioxidants, anthocyanidins, anthocyanins, polyphenols and dimethyl resveratrol. As most effective metal detoxing foods, it is used to detoxify the body.

It also grasps ancient and sacred survival information from heavens which goes back tens of thousands of years. It is adapted to every fluctuation in climate. It thrives more than 100 variable strains which is identical to different genetic makeups.

Research shows that one cup of wild blueberries offers more antioxidant capacity than plums, cultivated blueberries, raspberries, strawberries and cranberries. It has high total phenolic content. Phenolic is a phytochemical compound which supports plants in healthy growth as well as reproduction. When consumed, it forms anti-inflammatory and antioxidant properties that lower the chances of various chronic diseases.

Wild blueberries offer 30 percent less sugar in comparison to cultivated blueberries offering 10 grams of sugar per cup. It is helpful for diabetic patients as it do not cause spike in blood sugars. It has low glycemic food with a score of 53 on 100 point Glycemic index.