Facts and Food Sources of Flavonoids 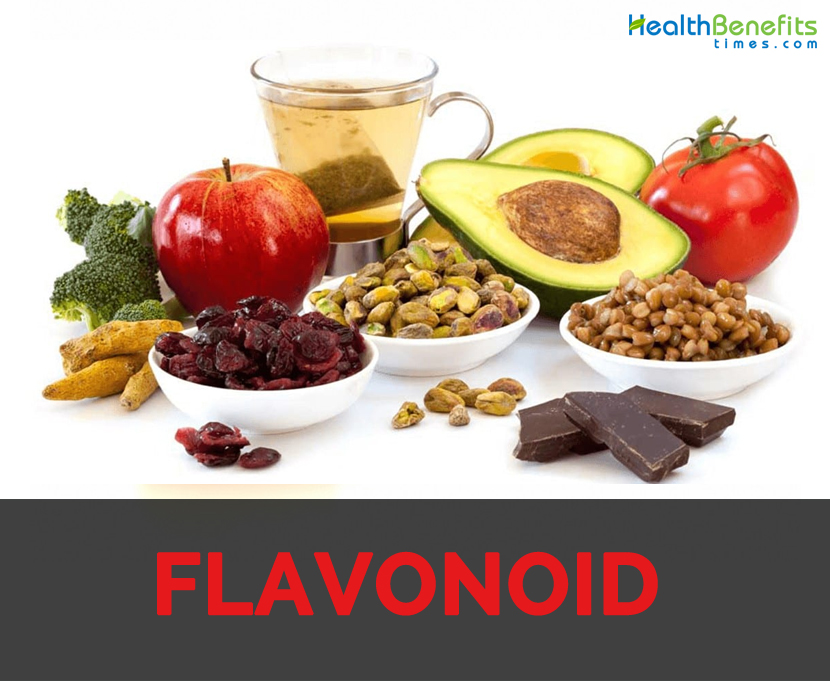 Flavonoids constitute a large class of phytochemicals that are widely distributed in the plant kingdom, are found in high amounts in epidermis of leaves or skin of fruits and has crucial roles as secondary metabolites. More than 8000 varieties of flavonoids have been identified, many of which are responsible for the colors of fruits and flower. They are found in fruits, vegetables, tea, wine, grains, roots, stems, and flowers and are thus regularly consumed by humans. Although it has been widely known for centuries that derivatives of plant origin possess a broad spectrum of biological activities, it was first suggested that flavonoids may be important for human health in the 1930s when it was observed that a fraction from lemon juice could decrease the permeability of arteries and partially prevent symptoms in scorbutic pigs.

Flavonoids have been shown to improve blood flow to the brain, which can help provide fuel and improve cognitive function. Flavonoids are polyphenol phytonutrients. They have antioxidant properties, and also help fight inflammation. It could be found in red wine, chocolate, apples, tomatoes, bananas, blueberries, cherries, raspberries, and many other plant foods.

Flavonoids are antioxidant compounds in plants with color-providing pigments. In human health, flavonoids may affect cell-signaling pathways as part of a complex system of communication concerning cell activity. They also have significant antioxidant properties.

Studies on the effects of flavonoids on cancer have so far not shown that flavonoid consumption reduces the risk of cancer. However, some studies have shown that men with the highest flavonoid consumption had the lowest incidence of developing lung cancer, but in this case the correlation does not indicate causation. More research is required to determine whether it is the flavonoids or some other factor that accounts for this difference. Other studies have shown inverse correlations between intake of certain flavonoids, such as quercetin and myrecetin, and lung cancer and prostate cancer. In other words, those with higher intake of these two flavonoids had a lower incidence of those diseases. However, more study is required to determine whether the link is causal or merely correlational.

There is some evidence suggesting that people who eat higher amounts of flavonoid-containing foods experience lower rates of neurodegenerative disease such as Alzheimer’s and Parkinson’s diseases but, again, more research is needed. Studies have also shown that diets high in these compounds decrease the risk of developing cognitive impairment, suggesting a protective benefit.

Eating a diet rich in flavonoids appears to have a protective effect against heart disease, but research results are mixed. Some studies show a significant reduction in cardiac risk factors with the intake of flavonoids, while others show a negligible effect. Studies have also shown that dietary flavonoid intake may reduce the risk of stroke, whereas other studies have shown no relationship between the two. The need for ongoing research in this area remains. Some studies have shown that flavonoids provide a protective benefit in cardiac patients. They appear to help heart disease by facilitating relaxation of the arteries, known as vasodilation, as well as inhibition of platelet aggregation, which can lead to the formations of clots.

Flavonoids promote formation of bones and inhibit reabsorption of bones through various cell-signaling pathways which may help with bone cells known osteoblasts and osteoclast differentiation. Diet rich in animal protein creates high amount acid, a plant based diet having opposite effect. The body supplied with bicarbonate rich and potassium rich combination counteracts acidity and protects or preserves bone mass and promotes long term skeletal health. Fruits or vegetables rich in flavonoid are also high in potassium which has a major role in maintaining blood pressure under control.

Research shows the potential for weight loss for older adults as the occurrence of geriatric obesity continue to upsurge with aging of the baby boom generation. Flavonoids have shown antiobesity effects in both animal as well as human studies.

The deficiency symptoms of flavonoids are bruises, coughs, colds, swelling after injury and bleeding from nose.

Side Effects of Flavonoids

Some flavonoids such as catechin cause hives, fever or anemia in individuals. People sensitive to citrus fruits might experience sore throats, digestive disorders and headaches. High intake of flavonoids either by natural source or supplements causes some abnormal disorders especially on people with special medications such as high blood pressure medicine or hormone replacement therapy. One should consult a physician before using any flavonoid supplementation.