Trending
You are at:Home»Fruits»Watermelon-Citrullus lanatus 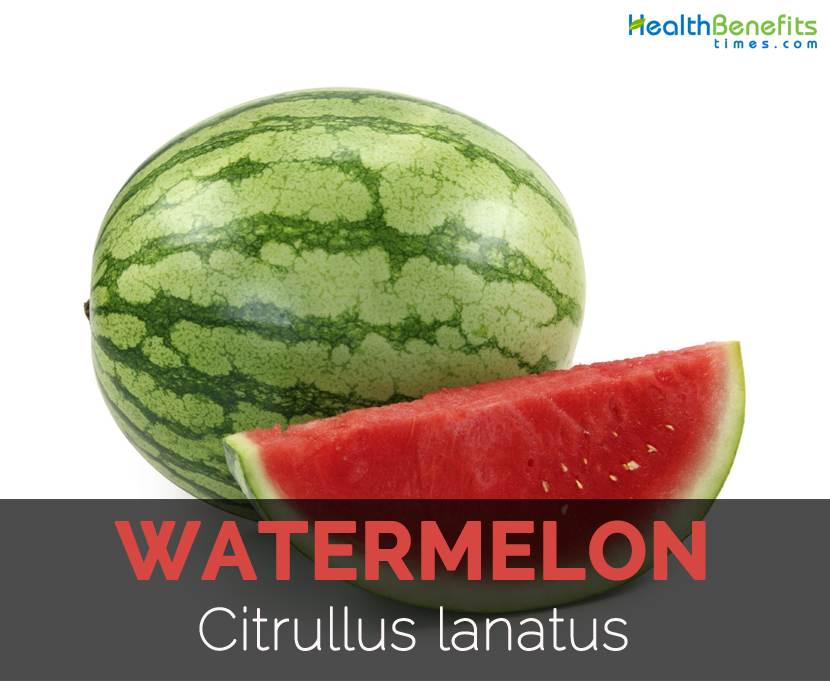 Watermelon is the plant of the Cucurbitaceae family which bears a sweet, edible and fleshy fruit. Botanically, Watermelon is a fruit which has sweet, too bland to bitter taste. It is a creeping vine which bears rounded or oblong fruit that are also used as vegetables. The skin of the fruit is green, rarely yellow with stripes or dots. The fruit contains the pulp and seeds. Native to tropical and subtropical Africa, it was introduced early in the India and Mediterranean areas. It is widely cultivated and naturalized there. It was widely cultivated for over 4,000 years in Africa. Watermelon is also known as Bastard-melon, Watermelon, Dessert watermelon, Afghan melon, Bitter-melon, Egusi and Wild melon.

Wild watermelon is widely cultivated in Asia and Africa but was originated from the Southern Africa. It was occurred naturally Namibia, Botswana, Mozambique, Zimbabwe, Malawi and Zambia. Watermelon was cultivated as a crop in ancient times in Egypt. It got reached to India in the prehistoric times but reached China in the eleventh century. Today China is considered as the largest producer of Watermelon in the world. From Africa, Watermelon reached Europe where it was cultivated on the warmer parts of the Mediterranean. In the 17th century, it was cultivated on the rest of Europe didn’t state growing watermelons until the 17th century.

Watermelon is the fruit that is free in fat and also an excellent source of Vitamin B6, A and C. It contains lycopene which provides the color of bright red, pink and deep red. It is a great source of antioxidant. Potassium helps to reduce the blood pressure and supports the functions of body organs. It is a great source of minerals and vitamins that helps to prevent the health illness such as obesity, mortality, heart disease, diabetes, enhance hair and complexion and increases energy.

Lycopene and Beta carotene is found in the watermelons that helps to relax the blood vessels. Citrulline converts into arginine when the Watermelon is consumed. Arginine is helpful for the circulatory system and heart that also helps to maintain the immune health. Arginine enhances nitric oxide that helps to relax the blood vessels and also prevents erectile dysfunction. It cures high blood pressure, angina and other cardiovascular ailments. It also eliminates the toxic compounds from the bodies. It contains lycopene which is an antioxidant that protects the prostate, skin and heart health. (1)

Watermelon possesses antioxidant properties that help to raise the muscle protein and promote the athletic performance. The study shows that watermelon is rich in L-citrulline which helps to provide relief from the muscle soreness. The study found that the natural juice containing natural juice seems to be bioavailable. (2)

Watermelon helps to lower the blood pressure on the heart and aorta. The people with high blood pressure and obesity are at high chances of heart attack or stroke when they are exposed to the cold during the winter months. The study shows that Watermelon is helpful for the vascular parameters and aortic blood pressure. (3)

Watermelon possesses vasodilator properties that help to prevent hypertension which is the major chances for strokes and heart attacks. Watermelon is rich in L-citrulline which is associated with L-arginine that is an amino acid essential to form nitric oxide required to regulate blood pressure and vascular tone. Watermelon is rich in Vitamin C, B6, A and lycopene which is a powerful antioxidant that helps to lower the glucose level of serum. (4)

The research shows that the people who drank watermelon juice, their blood levels of arginine was 11 percent and 18 percent more in comparison to those who did not drank the watermelon juice. The study shows that arginine helps to cure the unhealthy level of blood sugar, high blood pressure and vascular ailments related with sickle cell disease. (5)

The study conducted on mice shows that those who drank watermelon juice instead of water have low body weight due to the reduction in fat mass. The concentration of plasma cholesterol and atherosclerotic lesions was reduced. Melon provides various health benefits. The study is still going on to find out the bioactive compounds that help to enhance the human health. (6)

High amount of lycopene is found in Watermelon which is an antioxidant that helps to eliminate the prostate cancer. There is a specific relationship between the prevention of cancer and lycopene. The diuretic properties found in Watermelon make the health of urinary tract effective. (7)

Watermelons are rich source of potassium that helps to cleanse the toxic substances in kidney. It helps to reduce the uric acid concentration in the blood that helps to lower the risk of kidney damage and forms the renal calculi. It promotes the urination that helps to clean the kidneys due to the high water content. The antioxidants found in Watermelon promote the kidney health and lowers the signs of premature aging such as age spots and wrinkles. (8)

Watermelons have high concentration of lycopene which is a carotenoid phytonutrient that is associated with the prevention of cancer. The study shows that lycopene helps to reduce the chances of breast, lung, colon, prostate and endometrial cancer. It also contains Vitamin C which is an antioxidanat and serves great anti-cancer activities. (9)

The adequate intake of Watermelon helps to lower the chances of macular degeneration and eye problems due to the presence of Vitamin C, zeaxanthin, lutein and beta carotene. It promotes the eye health by delaying the chances of age related blindness as well as degeneration. These antioxidants prevent drying up of eyes, optical nerves and glaucoma. (10)

Watermelon is a plant which grows like a vine indigenous to the Southern Africa. Watermelon is  a pepo which has thicker skin and fleshy heart. The fruit watermelon has green to white external skin with succulent and sweet internal flesh whose color ranges from deep red to pink. 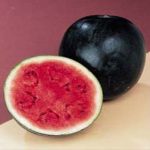 The sugar baby measures from 9-13 pounds is usually which is also known as icebox watermelon. It was created in 1955 which is a fairly sweet fruit having dark green skin.

Sangria was created in 1985 which has scarlet colored and non fibrous tissue. 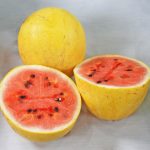 It has spectacular golden skin and weighs upto 3 pounds.The skin turns to yellow when it gets ripened. It was produced by Elwyn Meader and Albert Yeager in 1959.

It is the fruit of amaranth colored. It is transportable and gratifying. 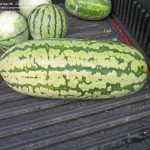 Jubilee was created in 1963 which weighs up to 45 pounds. It exceeds above 32 pounds when ripened completely.

It is pink which has medium to firm flesh which is great for puréeing into sorbets or granites. 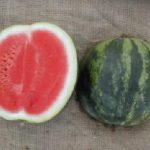 Extazy is seedless which measures upto 5 pounds and is mainly cultivated in Arizona and California.

It is a crossbreed which has green stripes on its skin, and may weighs about 30 pounds. It has firm and fairly sweet tissue.

Mickylee has an attractive and speckled skins with red flesh. It measures about 12 pounds.

This  crossbreed has yellow doll in the skin design and the flesh color. 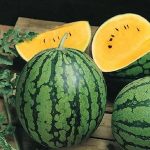 It weighs about 8 pounds. It has golden fleshed and taste extra sweet. It is great for fruit smoothies and iced beverages.

It has pink flesh which ripens fast and weighs above four pounds. 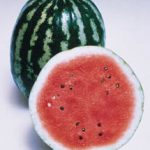 Crimson sweet has bright red flesh which has sweet taste. 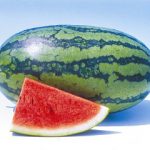 It is a seedless melon which weighs about 6 pounds and has thick lines in the skin. It is very sweet nd seedless fruit. 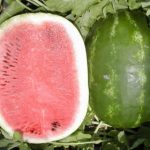 Summer flavor is a combination of crimson sweet and sweet. 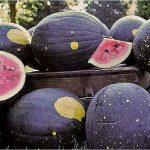 It has lemon colored dots which measures about 40 pounds. It got launched in 1920s. 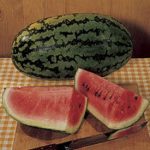 It has light green patches on blue to green rind. It has succulent and ruby colored fruit. 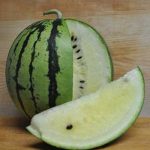 This melon has creamy flesh and weighs about 10 pounds. The cultivar has been said to have been delivered to North America by Russian immigrants whom settled within the Canadian land of Saskatchewan.