Trending
You are at:Home»Fruits»Raspberries-Rubus idaeus 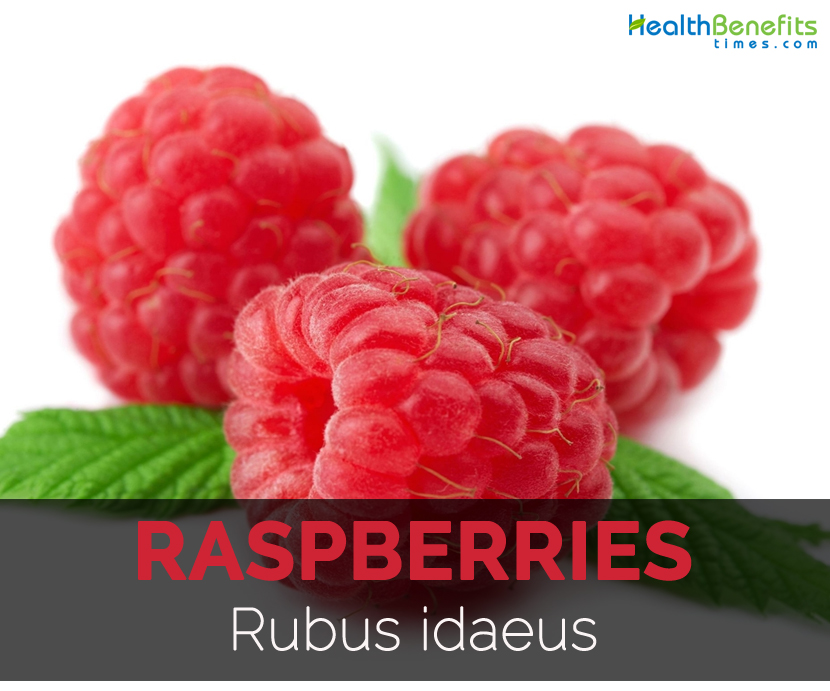 Raspberries, also called European Raspberry, Nectar Raspberry, European Red Raspberry, Raspberry, Red Raspberry and Raspberry Bush, are an edible fruit which is produced by the many species in the Rubus genus in the Rose family Rosaceae. They are the perennial flowering plants with red colored berries. The fruits are sold as Raspberries and are native to Europe and Northern Asia, Russia and Central Asia. The common varieties of Raspberries are: Boyne, Reveille, Newburgh, Kilarney and Latham. The plant has reddish to brown, terete, sparsely tomentose and prickled branchlets. Each flower possesses five white and glabrous petals. The leaves are ovate or elliptic in shape. Raspberries are called “Framboise” in French; “Amponello” in Italian; “Ki Ichigo” in Japanese; “Na Mu Ddal Gi” in Korean and “Gauriphal” in Sanskrit.

Raspberries are shrubs that can vary in size from 1 to 2 meters in height. The leaves are imparipinnate, ovate or elliptic and 3-8 cm by 1.5-4.5 cm. The flowers have five white petals, spatulate, glabrous or puberulous and 1-1.5 cm across. The fruit is a berry subglobose, rounded and 1.5-2.5 cm across. They have sweet taste but tangy flavor. The fruit contains small seeds. Raspberries bushes typically flowers from June to August. The unbranched stems are woody, rounded, erect, red, biennial and 1.5-2.5 m (5.0-8.3 ft.). The plant prefers well drained, fertile and loamy soil. The red fruit has sweet and tangy taste.

Raspberry was firstly cultivated by the ancient Greeks. The harvest of Raspberry was firstly recorded in AD 45 from Mt. Ida. Some people believed that it was actually originated in the Ide Mountains in Turkey. The people of Troy of Mt.Ida gathered the fruits around time of Christ. The domestication was recorded in the 4th century. The seeds were identified in Britain at Roman forts. It was Romans who spread the cultivation of Raspberry throughout the Europe. About 415 varieties was available by 1925 and thousands of Raspberries was cultivated in the Northeastern United States.

During Medieval Europe, the wild berries are used for the medicinal and practical purposes. The juice was used in the illuminated manuscripts and paintings. Kind Edward I is considered as the first person to command for cultivating berries. In the 18th century, the gardens of British were prosperous with the berry bushes and berries. The cultivation of berry reached Europe in the 18th century. When the Europe settlers reached America, they noticed that Native Americans have started the utilization and consumption of berries. They also preserve the berries by drying. The cultivated Raspberries were brought by the settlers to the new colonies. William Price sold the first commercial nursery plants in 1771.

George Washington cultivated the berries in Mount Vernon in 1761. More than 40 varieties were known by 1867. The production took place majorly after the Civil war in the Michigan, New York, Oregon, Pennsylvania, Washington, Ohio, Indiana and Illinois. Almost 2000 acres of Raspberries was cultivated by the 1880. Washington, California and Oregon is considered as the highest producers of red Raspberries. More than 70 million pounds are cultivated on 9600 acres in a year. About 70% of U.S is used for the cultivation of red raspberries.

Though Raspberries are not well known like blueberries, it also possesses enormous health benefits. They are rich in antioxidants, dietary fiber and vitamins. It is a great source of ellagic acid which prevents the development of cancer cells and also lowers the chances of cancer. In addition, Raspberries possess high amount of Vitamin C, Vitamin B, folate, folic acid, niacin, iron, potassium, copper and magnesium. Raspberries also possess anthocyanins, pelargonidins, gallic acid, ellagic acid, cyanidins, catechins, kaempferol and salicylic acid.

Raspberries are rich in manganese and dietary fiber. Fiber helps to delay the digestive process so that one would feel full for long period of time. Manganese helps to maintain high metabolic rate and also burns the fat. Raspberry helps the one to lose the weight effectively.

Raspberries could be used as a facial mask and prevent the sun from the rays of sun. The antioxidant properties of Vitamin C help to reduce the appearance of discoloration and age spots. It provides the youthful appearance by filling up the minor wrinkles. One should use the mixture of 2 cups of fresh raspberries and 1 cup of plain yogurt as a face mask for glowing skin. This mixture should be applied to the face and kept for about 15 minutes. Then it should be washed with tepid water.

Raspberries are a great source of antioxidants and ellagic acid. They prevent the damage of cell membranes caused by the free radicals. Raspberries contain the phytonutrients such as ellagic acid, quercetin, kaempferol and cyaniding. Raspberries get the red rich color due to the broken down of flavonoid molecules into anthocyanins. It reduces the growth of fungi and bacteria in the body which could lead to the vaginal infection and results irritable bowel syndrome. The studies show that Raspberries possess anticancer properties. Raspberries are able to prevent the proliferation of cancer cells and development of tumors in the body parts such as colon. (1) (2)

Blackberries, raspberries and muscadine grapes possess metalloproteinase enzymes which is required for the renovation and development of tissues. The abnormal production in excessive amounts leads to the development of cancer. It is rich in riboflavin, Vitamin C, magnesium, niacin, manganese, copper and potassium. Raspberries help to maintain the overall health prosperity.

Raspberries are high in antioxidants and phytonutrients. This helps to enhance the immune system which assists the body to counteract the diseases. (3) 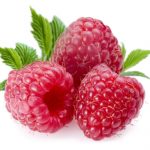 it is a member of the rose family which is made up of small sized fruits each bearing a seed. The centers of red raspberries are empty. Marc Lesarbot, the French lawyer has noted the native red American raspberry in 1607. Raspberries does not have long time period even under refrigeration. The berries with an abundant deep red color should be bought. It should be washed before consumption. 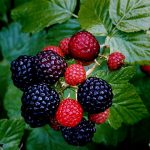 Black Raspberry are native to the Eastern North America. Black Raspberry is closely related to the Western American varieties known as Rubus leucodermis. Black raspberries are loaded with an anthocyanins. It is used as natural dyes. Anthocyanins are the powerful anti-oxidants with nutraceutical value. it is used as an aid for cancer such as esophagea cancer. 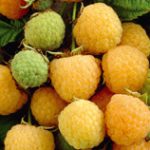 Golden raspberry is natural form of red raspberry which has sweet and moderate taste with pale yellow to orange to gold color. These berries are not common in comparison to others. The fruits might be dark orange to straw yellow when developed fully. 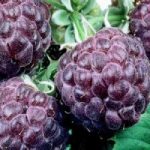 Purple Raspberry is one of the mostly cultivated raspberries which are the hybrids of red and black raspberries.

Nearly all the Raspberries are classified into two classes such as: