Trending
You are at:Home»Fruits»Facts about Siberian Crabapple 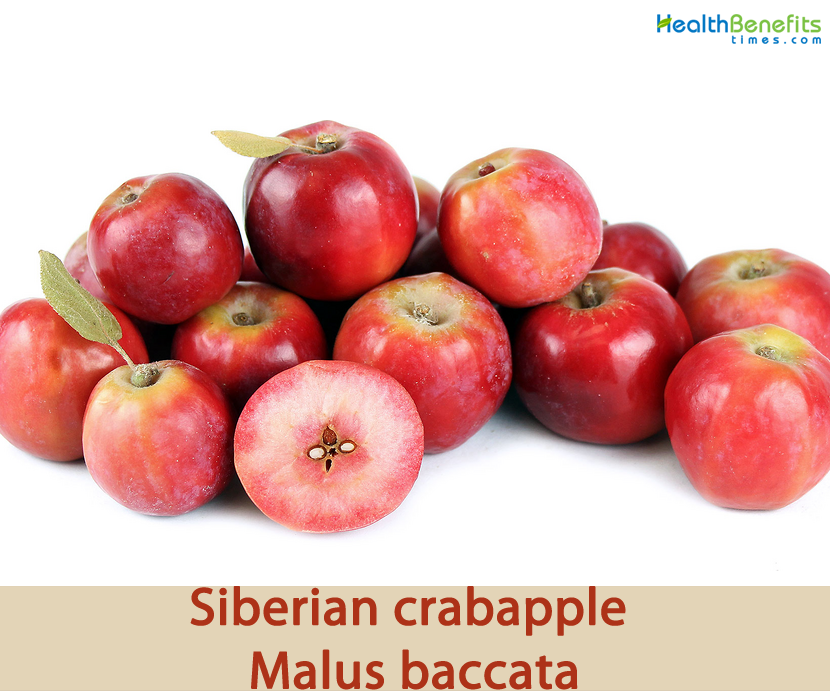 Siberian crabapple scientifically known as Malus baccata is an Asian species of apple belonging to the rose family (Rosaceae). The plant is native to Russia, Mongolia, China, Korea, Bhutan, India, Kashmir and Nepal. The tree is found in Japan, and it has also been introduced to Europe and to North America, where it is found in the wild mostly in the Great Lakes Region and in the Northeastern United States. It is also grown elsewhere as an ornamental tree and for rootstock. It is used for bonsai as well. Some of the popular common names of the plant are Siberian crab apple, Siberian crab, Chinese Crab Apple, Flowering crabapple, Chinese Crab and Manchurian crab apple. Genus name from Latin is an ancient name for apple. Specific epithet from Latin means berry-like.

The plant is cultivated for its fruit, timber (which is used for smokehouse kindling and firewood) and also for medicinal uses (it is a treatment for dysentery and diarrhea and is also a source of the antibiotic, phloretin); it is also used in ornamental landscaping, as a shade tree and as a farmstead windbreak. It has been used as graft stock and to confer cold tolerance and Podaspaere leucotrica resistance into apple. Malus baccata is known to be a widespread species.

Siberian crabapple is an upright, deciduous, broad-rounded, flowering crabapple tree with arching or pendulous branches forming a rounded, wide-spreading canopy. The tree usually grows 5 – 10 meters tall, sometimes reaching 14 meters. The short bole can be up to 30 cm in diameter. The plant is found growing in open forested areas, mixed forests on slopes, among shrubs in valleys, mesic thickets and riparian zones. The plant succeeds in most fertile soils including heavy ones, preferring a moisture retentive well-drained loamy soil. It prefers a sunny position but succeeds in partial shade. The plant has arching or overhanging red-brown branches and red-brown buds.

Fertile flowers are followed by tiny red or yellow spherical crabapples which ripen in fall. They are only about 1 cm (0.4 in) in diameter; they form dense clusters and resemble cherries from a distance. Small ones may be yellow, often with a reddish blush, or a glossy red. Small ones may stay on the tree all through the winter. Larger ones may also be pale yellow with bright red flushes, sometimes with a blue bloom. Fruit is edible for humans. Birds are attracted to the fruit. 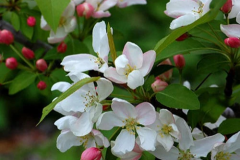 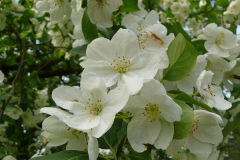 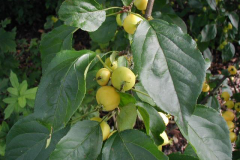 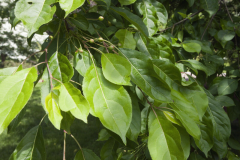 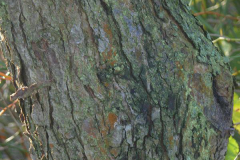 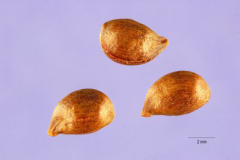 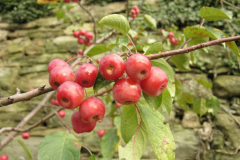 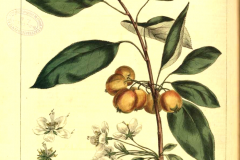 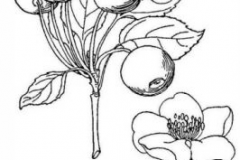 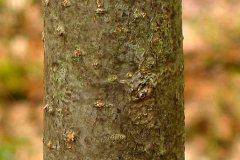 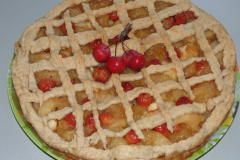 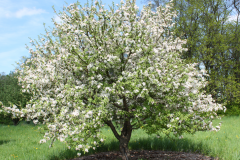