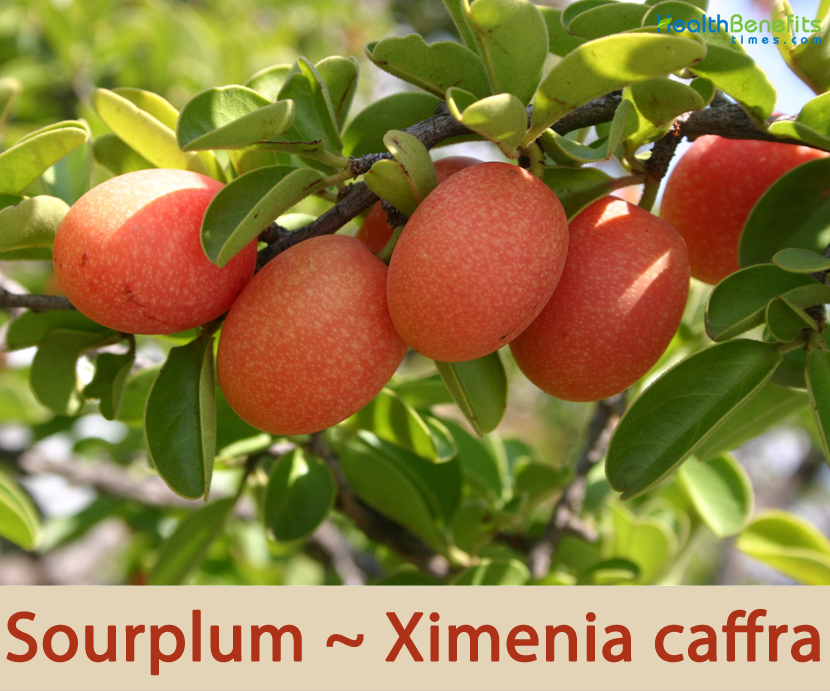 Ximenia caffra, commonly known as sour plum, is a thinly branched small tree or small shrub belonging to Olacaceae family. The plant is native throughout tropical regions. In particular, the sourplum is native to regions in South East Africa, mainly Botswana, Kenya, Malawi, Mozambique, South Africa, Tanzania, Uganda, Zambia, and Zimbabwe. The plant can tolerate altitudes of up to 2000 m, and requires annual rainfall of 250–1270 mm. Some of the popular common names of the plant are Large Sourplum, Monkey Plum and Sourplum. The edible fruit is generally highly valued within the plant’s native range, where it is commonly harvested from the wild for local use.

The plant also has local medicinal uses. It is occasionally grown as an ornamental and is used in living fences. The sour plum tree produces several fruits on an annual basis. These are generally sour with a dry aftertaste, and they consist of significant amounts of potassium. The tree itself is fairly hardy, with frost resistance and drought tolerance. The tree, fruit, seed, leaves, and roots are all used for human consumption, medicinally, or for fuel. The trees themselves can also be used as natural land division barriers.

Sour plum is a semi-parasitic, spiny, sparsely-branched, deciduous shrub or a small tree with a shapeless untidy, open crown that normally grows up to 6 meters tall. Once planted the seeds will germinate after 14–30 days, and have a moderate growth rate of 0.5 m per year. The branches are either smooth or covered with flattened hairs and armed with spines at their bases. The bark of the tree is grayish-brown to black in color, and is longitudinally fissured. Sapwood is white and heartwood is hard and reddish brown. The root system is non-aggressive. The plant is found growing in dry lowland woodland, wooded grassland, coastal bush land, alluvial acacia woodland and bush land, euphorbia woodland, riverine bush land, dry wooded bush land, rocky hillsides, termite mounds and coastal areas. The plant succeeds on clay loams, clays, compacted loamy sand, sandy clay loams, and friable clays with laterite horizon. Established plants are drought tolerant.

The flowers are up to 12mm long, small, sweet scented and greenish to creamy white, during flowering, although they have been seen to be tinged pink or sometimes red. Generally, flowering takes place in August to October in single-stem clusters in the axils of the spines or on the dwarf branchlets.

Fertile flowers are followed by thinly fleshy, ellipsoidal or ovoid drupe, about 3.5 cm long and 2.5 cm in diameter. The skin is smooth and starts green, and then ripens to an orange or red. Similarly the flesh is also orange or red in color, and when ripe has a juicy pulp. The fruit consists of a single seed which is smooth, ellipsoid, and yellow-brown to red in color. The seed is hard and around 2.5 cm in length, 1 cm thick and hard coated.

These are tart but edible and are relished by birds, other animals and humans. The single large seed inside consists of Ximenia oil which has various uses. These have high vitamin C content and are also is high in potassium and contains protein too. The fruits are also used for making jam, dessert and jelly. They can be added to porridge. 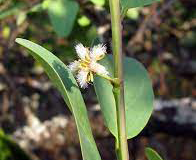 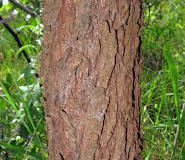 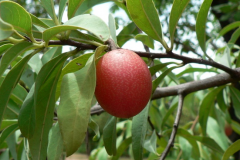 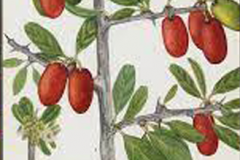 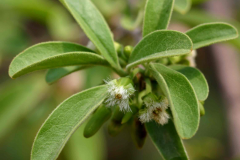 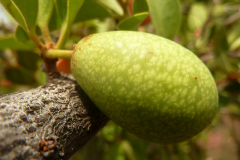 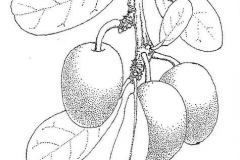 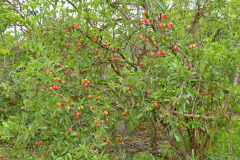 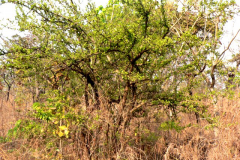 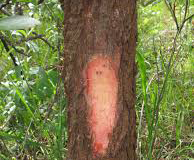 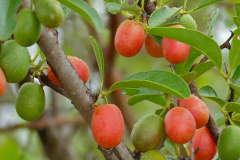 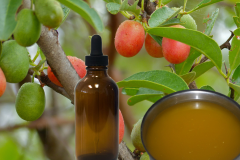 According to different researches, Sourplum consists of beta-carotene, and it is also rich in vitamin K. Each average-sized Sourplum can give you about 0.7 g of fiber and 23 kcal of tissue. If you add at least 28 grams of Sourplum to your juice or smoothies, you can expect that you will be boosting your fiber and antioxidant intake. Experts say that one cup of Sourplum can give you at least 87% of the body’s recommended daily intake of vitamin K, 8% of calcium, more than 20% of most B vitamins, and 27% of potassium. In this article, we are going to know more about the health benefits of adding sour plum juice to your diet.

Sour plum consists of good amount of vitamin A which is an essential vitamin that helps us achieve a healthy vision. Piece of sour plum can give the body’s daily recommended dose of vitamin A. People who lack vitamin A in their bodies are susceptible to have dry eyes, night blindness, cataracts, and even macular degeneration.

Some say that blueberries are rich in antioxidants, but did you know that sour plums consist of an even higher dose of antioxidants. Research showed that sour plums ranked as the number one food in terms of having a high antioxidant capacity. Sour plums also consist of good amount of manganese, plant phenolics, and iron, which all function as antioxidants and help protect our cell membranes from free radical damage.

Sour plums are high in potassium, which is a mineral that is vital to ensure the proper functioning of the heart. Having a sufficient potassium intake every day can help lower blood pressure, which in turn can reduce the risk of having problems such as heart disease, heart attack, dizziness, and stroke. Due to these reasons you should not overlook the benefits of sour plums.

Sour plums, as well as prunes, are known to be a digestive remedy for years. And according to studies, sour plums and prunes are better laxatives compared to psyllium. Sour plums and prunes help the body to digest food properly, have a regular bowel movement, and relieve constipation. This is because a piece of sour plum or prune consists of about 3% of the body’s recommended daily intake of fiber. Aside from that, it also contains a natural sugar called sorbitol, which also functions as a laxative because it helps pull moisture into the body’s digestive tract, which in turn trigger bowel movements. Just keep in mind that you should not eat too many prunes or sour plums, because it can also cause gastrointestinal distress due to excessive fiber and sorbitol content.

Even a single serving of sour plum can help fulfill the body’s daily requirement for potassium and boron that both supports bone health. According to research, prunes might be able to reverse osteoporosis, especially in postmenopausal women. According to the research, postmenopausal women who were asked to consume 100 grams of dried plums every day showed improvement in their bone formation markers in just three months. This is compared to a control group who were asked to consume at least 75 grams of dried apples every day. Aside from this, sour plums also consist of anti-inflammatory properties, which is why it is highly recommended that people have arthritis.

Being iron deficient can cause dryness and discoloration of hair as well as hair loss. Eating or consuming sour plum can be a great source of iron, which in term helps contribute to the overall health of your hair and give countless benefits to it. Sour plums are a perfect source of vitamin B and C, which are known to be great helpers when it comes to hair growth. Aside from that, these nutrients can help strengthen your hair from roots to tips, which can prevent breakage and damage.

Vitamins and minerals that can be found in sour plums are helpful when it comes to maintaining healthy and clear skin. This fruit also helps to slow down the body’s aging process, which in turn delays the development of wrinkles.