Trending
You are at:Home»Oils»Strawberry Seed Oil facts and uses 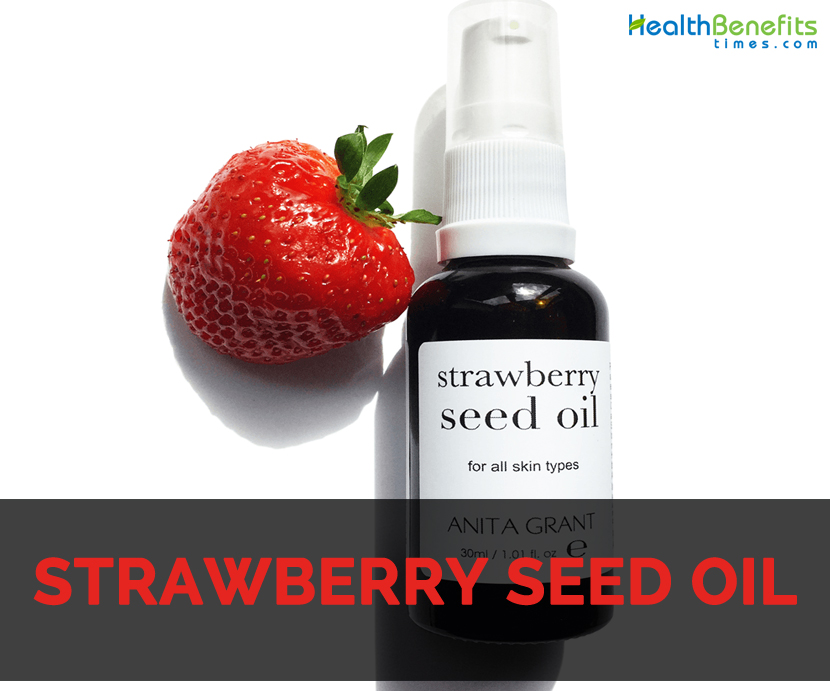 Strawberry seed oil is an excellent source of antioxidants and tocopherols. The oil is extracted from the tiny seeds with the use of cold pressed method. Strawberry seeds have natural polyphenols that are found in small amount. The oil is dark green in color having light viscosity. It has sweet and subtle aroma that resembles strawberries. It contains about 38% of Omega-3 Linolenic acid. It is an excellent source of Vitamin B, A, E, C and minerals such as potassium, boron, phosphorus, fluorine, cobalt, magnesium, calcium and sulphur. It is used in cosmetics to remove freckles. The mixture of lemon juice and strawberry oil helps to purify the skin, lower the appearance of freckles and improves the condition of the skin.

The cultivation references were common in 16th century. It was used for medicinal properties and started to name different species. The cultivation of Strawberry increased in England in Mid-16th century. Thomas Wolsey created the combination of cream and strawberries in court of King Henry VIII. In 1578, the instructions were written for growing as well as harvesting strawberries.

In 16th century, F. moschata, F. vesca and F. viridis are the three European species known. In 17th century, the introduction of F.virginiana to Europe from Eastern North America gave rise to the modern strawberry. Till the end of 18th century, the new species was not completely appreciated. In 1712, the strawberry plant was introduced with female flowers when French excursion was journeyed to Chile. It resulted in the common strawberry that we have currently. Until 1551, Huilliche and Mapuche Indians of Chile cultivated the species of female strawberry. The cultivation of F.chiloensis was recorded by a European explorer in 1765. When it was firstly introduced to Europe, the plant produces no fruit though grown vigorously. In 1766, they discovered that the female plants could be pollinated by F. virginiana, F. moschata, and F. ananassa. Europeans became aware that the plants are able to produce either only male or female flowers. When the cultivation of large fruit plants started, the population of Chilean strawberry decreased in Europe which was caused due to F.ananassa.