Trending
You are at:Home»Foods»Tamales nutrition and benefits 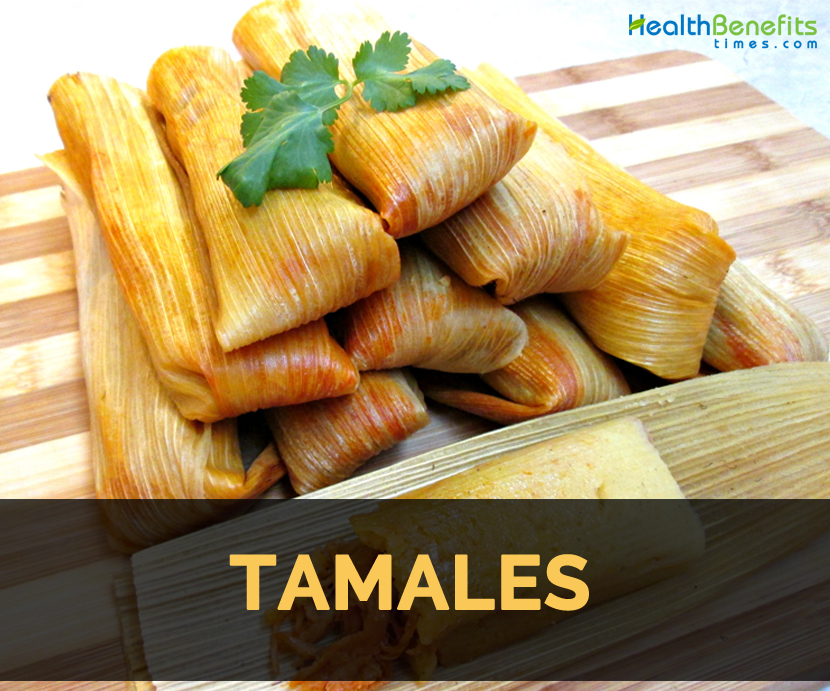 Tamale is a traditional Mesoamerican dish which is made of dough or masa that is steamed in a corn husk and banana leaf. Wrapping is discarded prior to eating. Tamales are filled with cheese, meats, vegetables, fruits, chilies and any preparation according to taste. Both filling and cooking liquid could be seasoned. Tamales take long process especially in traditional Mexican while making different fillings all from scratch. Tamales are prepared from spiced chopped meat on masa rolled in corn husks or banana leaves and then steamed or boiled. Tamales are considered to be 5000 years old and dish belonging to Native Americans. These are steamed and not fried in oil that makes them low in fat.

Tamales are originated as early as 8000 to 5000 BC in Mesoamerica. Likely, the preparation of tamales is spread from indigenous culture in Guatemala and Mexico to rest of Latin America. According to William Saturn, Karl Tube and David Stuart, tamales date from year 100 AD. Aztec, Maya civilizations and Olmec and Toltec used tamales as a portable food before them for hunting trips and to travel large distances. Tamales are regarded as sacred food of gods.

Tamales contain complex carbohydrates providing fuel and energy to the body needed to remain active. Being low in fat and rich in fiber content, it enhances healthy movement of bowel and lowers cholesterol levels. Moreover, it is rich in protein which is demanded by the body for building and repairing cells.

Besides taste, tamales have high content of phosphorus and iron. Iron assists body in production of adenosine triphosphate which is used as a source of energy by the body. Phosphorous is needed to grow, repair and maintain tissues and cells of the body making it essential for regular functions of the body.

Tamales also contain essential vitamins such as vitamin B3 required for promoting blood circulation and formation of hormones. It contains plenty amounts of Vitamin B6 which the body used for making neurotransmitters, a chemical used by the brain cells for communicating with one another. Vitamin B6 enhances healthy brain and neurons.