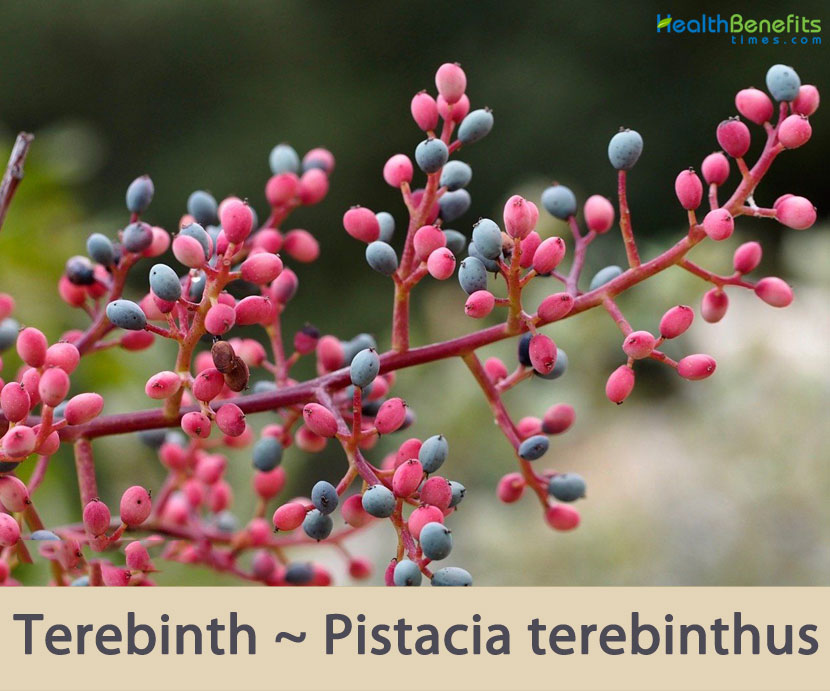 Terebinth scientifically known as Pistacia terebinthus is a deciduous tree species of the genus Pistacia and Sumac family (Anacardiaceae). The plant is native to Canary Islands and the Mediterranean region from the western regions of Morocco and Portugal to Greece and western and southeastern Turkey. At one time terebinths growing on the eastern shores of the Mediterranean Sea (in Syria, Lebanon, Israel and the Palestinian territories) were regarded as a separate species, Pistacia palaestina, but these are now considered to be a synonym of P. terebinthus. Some of the popular common names of the plant are Tourist tree, Cyprus turpentine, Cyprus Turpentine, Terebinth, Turpentine tree, Cyprus turpentine tree, Terebinth tree, Eastern Turpentine Tree and terebinth pistachio.

The terebinth extract consists of flavonoids, phenolics, triterpenoids, and essential oils. Terebinth is used to produce turpentine and baking bread, and its shoots are consumed as vegetables. Terebinth is rich in tannins and also contains a resinous substance. It has many medicinal and pharmacological uses as an antispasmodic, expectorant, antiseptic, cytostatic, and is also used to treat streptococcal infections and cancer. The plant is harvested from the wild for mainly local use as a food, medicine and source of materials. It has occasionally been cultivated for its resin in the past, and is often used as a rootstock for the cultivated pistachio nut.

Terebinth is a small flowering, deciduous tree or large shrub that normally grows about 2 – 6 meters tall, occasionally reaching 12 meters. The plant is found growing in dry open woods, scrub, dry rock slopes, hillsides areas, pine forest, and maquis vegetation. The plant grows best in a sandy to stony alkaline soil. Its bark is greyish or brown and cracks with age

The oblong leaf is bright green, leathery, pinnate, its leaflets are sessile, limp, glabrous, and end in a long point. Each leaf has 4-6 pairs of leaflets, and usually another non-paired smaller leaflet at the tip of the leaf. The upper side of the leaflet is not shiny, the margin of the leaflets is entire. The axis of the leaf is cylindrical, without a margin. The leaves are alternate. In the winter the tree can be recognized by its large and pilose buds. They are generally larger and rounder than the leaves of the mastic, reminiscent of the leaves of carob tree.

Terebinth blooms in the months of March-April. The inflorescence is a panicle with dense racemes of tiny flowers. The female flowers have 2-5 sepals and no corolla. The pistil is short and cleft at its stigma. The ovary is superior. The male flowers have a sepal with 3-5 lobes, and they too do not have a corolla. They have 3-7 stamens with short filaments. The stamens and the stigmas are red, and give the inflorescence its red color. 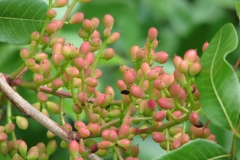 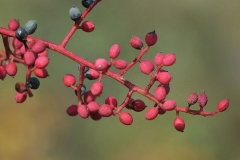 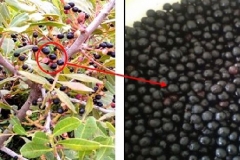 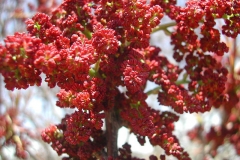 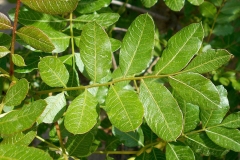 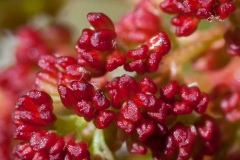 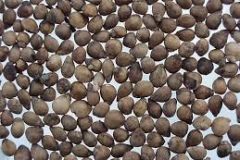 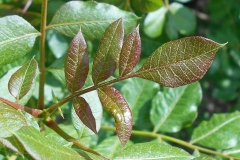 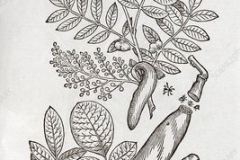 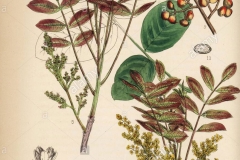 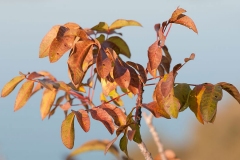 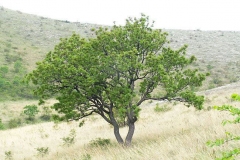 Fertile flowers are followed by single-seed spherical drupe with a diameter of 5 mm and a green pulp. Upon ripening it turns red to purple-blue. The red fruits are sterile. The fruits are edible. Their seeds are dispersed by birds. They appear in large groups which acquire a very eye-catching pink color when they ripen.

Generally, terebinth fruits are used in traditional medicine for the treatment of various diseases including cough, eczema, asthma, diarrhea, ulcers and arthritis. They are also, used in cookies, additives for bread making and preparation of various foods such as cooking oil. Moreover, fruits are evaluated as a raw material for making bıttım and turpentine soap and also used in the production of different seasonings and spices. Also, terebinth fruits are processed roasting the terebinth coffee that has an extremely attractive color and smell. This coffee is one of the most consumed traditional coffees in Turkey and is generally cooked in milk.

Traditional uses and benefits of Terebinth