Trending
You are at:Home»Facts»The Difference Between Scotch & Bourbon 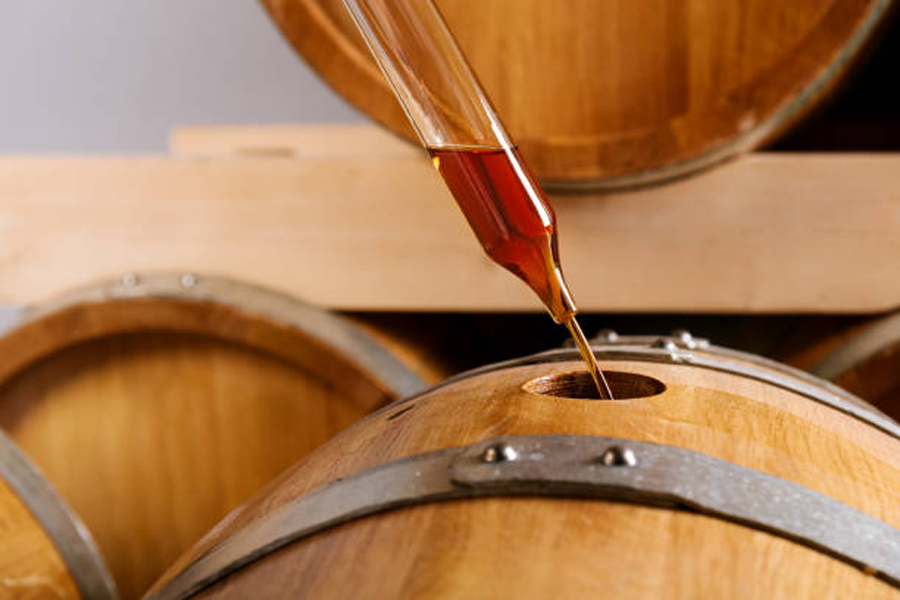 For anyone who has never drunk whisky before in their life, they likely do not know what the difference between the two types of whisky are or how they taste different to one another. It is likely that they hold the preconception that they are both dark coloured liquids that are made from the same ingredients and are aged within a wooden barrel. Whilst the two drinks are very similar in some respects, they are both completely different.

Where they are made

Scotch whisky, such as Glen Scotia, is made in Scotland in the United Kingdom. In order to be labelled as Scotch, the liquid must not only be made in Scotland but must be bottled there also. The only exemption is for blended whisky.

In order to be labeled as bourbon, the whisky does not necessarily need to be produced in Kentucky – it can actually be made in any state in America. However, it is the limestone water in Kentucky that lends itself well to the production of the drink, as all of the impurities are naturally filtered out.

What their ingredients are

In order for a Scotch whisky to be considered so, its ingredients must be nothing other than 100 percent malted barley. The vast majority of grain whiskeys are made using a combination of both malted barley and unmalted barley, as well as some wheat.

Most bourbons are made using the same basic recipe of a minimum of 51 percent maize and the rest consisting of a combination of barley, wheat, and rye. The more main that the recipe has, the sweeter the end product will be. Those bourbons that contain a large amount of rye have a much more spicy taste to them.

How they are distilled

Practically all bourbons are distilled in column stills and are then distilled again in a sort of modified pot made from copper. This is known as a thumper or a doubler.

When it comes to aging their whisky, distilleries based in Scotland are blessed with having lots of freedom, with a wide variety of casks that have previously been used to contain cognac, port, and even wine.

The warmer Kentucky temperature that bourbon is matured in means that the rate of evaporation is much higher, meaning that the drink matures at a fast rate – much faster than what Scotch whisky does.

Neither one of these types of whisky have a generic taste or flavour to them and so it is difficult to classify all Scotch whisky as having a light, grassy taste or all bourbon whisky as being sweet. The taste is dependent on a number of factors that vary from distillery to distillery.

The story of Scotch whisky is the story of a people who saw themselves as having an inalienable right to Nature’s bounty. Distilling was as much a part of their lives as bringing in their harvest, tending their animals on the hills and fishing their salmon. For centuries, they kept their whisky to themselves, distilling mainly for their own use – transforming the barley from their harvest, the peat from their hills and the clear waters from their streams into ‘the water of life’.

The origins of the drink are shrouded in mystery. When the mist is not rolling in from the sea, you can make out from the Mull of Kintyre in Scotland the white farmhouses on the green hills of Ireland. In the Dark Ages, the two countries were united by their proximity, sharing a common religion forged by Christian missionaries, and a common language – Gaelic. Small wonder, then, that distilling was common to both countries; in which one the art originated, however, historians have continued to debate.

The word ‘whisky’ is derived from the Gaelic msge beatha, meaning ‘water of life’ and its equivalents crop up in other languages including the Latin, aqua vitae, and the French, eau de vie, which may be familiar. Gradually the word msge became usky and eventually ‘whisky’.

The oldest reference to whisky dates back to late medieval times. The Scottish Exchequer Rolls for 1494 had an entry of ‘eight bolls of malt to Friar John Cor wherewith to make aquavitae’ (a boll was an old Scottish measure). By the early 16th century, whisky had apparently become a drink fit for a king – whisky receives generous royal patronage to this day. When King James IV of Scotland was in Inverness, during September 1506, his Treasurer’s accounts had entries for the 15 th and 17th of the month: ‘For aqua vite to the king . . . ’ and ‘For ane flacat of aqua vite to the king . . . ’ One of the earliest references to ‘uiskie’ occurs in the funeral account of a Highland laird about 1618. Afore ye go, you might say!

The ‘spiritual’ home of distilling in Scotland must surely be the Highlands. No one who visits that region, loosely defined as the area north of a line drawn between Greenock and Dundee, can fail to be struck by its awesome mountains, silent lochs, empty glens and sea-misty islands. The very absence of people – though it wasn’t always so deserted – nurtures a sense of discovery and an air of purity for the visitor that is the Highland’s special atmosphere. Above all, is its remoteness. In the 18th century, that remoteness was even more acute: visitors were seldom tourists – Johnson and Boswell excepted – but rather an adventurer or an English soldier.

Following the Treaty of Union in 1707, which combined the English and Scottish parliaments into that of the United Kingdom, and the failure of the Jacobite cause in 1715, attempts were made to open up the Highlands. You can still see the roads, a network of military routes, built by General Wade for use in controlling the rebellious clans, and places such as Fort Augustus, Fort George and Fort William have their origins in those troubled times. Great feats of engineering though they were, they could only hope to be partially successful in such a mountainous land. Vast areas of the Highlands remained inaccessible to the outsider.