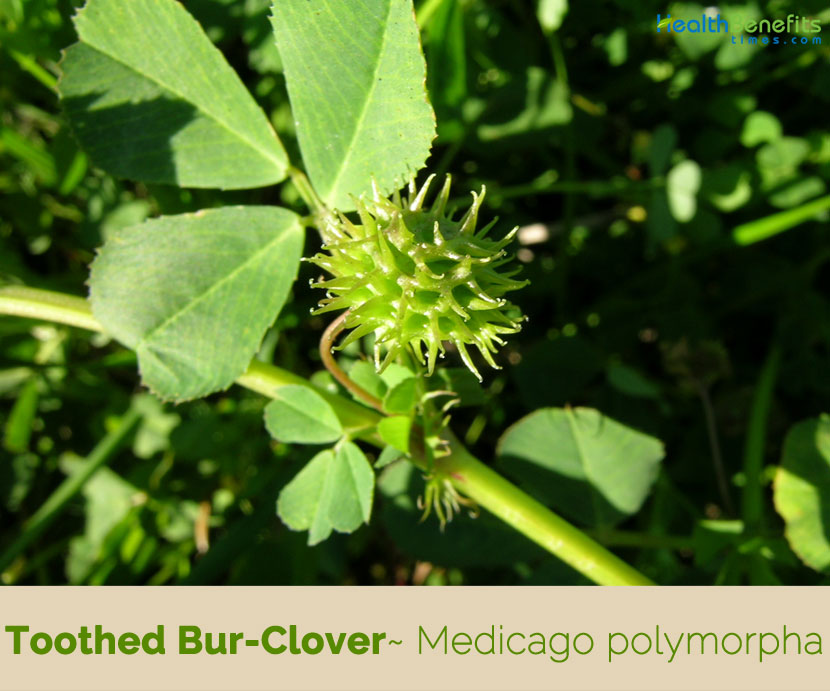 Toothed Bur-Clover is an annual sprawling broadleaf legume plant that grows about 6-22 inches tall. The plant is found growing in open, dry to occasionally mesic, disturbed areas such as pastures, roadsides, vacant lots, desert regions, field borders, fallow fields, waste places, ditches and irrigation channels. The plant succeeds in practically all types of soils, but loams are most suitable. In the Southern US, the plants grow best in soils rich in lime, but will survive in poorer soils. It prefers moist, well drained soils, but in California it grows vigorously in adobe soils, which are often poorly drained. Root system has a tap root that is difficult to pull out when established. Stem is weak and reach a length of 60-75 cm. In thick stands, the stems may become erect, reaching to a height of 60 cm.

Being a member of the Leguminosae family, the flowers are clover-like, lipped and clustered. Bloom takes place from May to August in the plant’s native territory. Flowers (3–6 mm long) are small, bright yellow, and cluster into flower heads of 2 to 10 flowers at the stem tips. The tiny yellow flowers attract small butterflies and other pollinating insects. 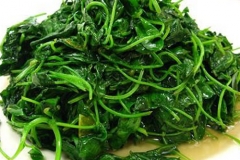 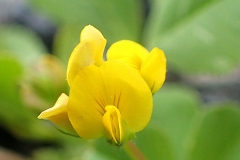 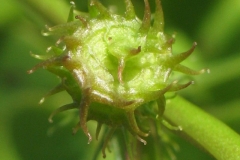 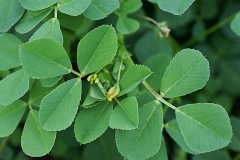 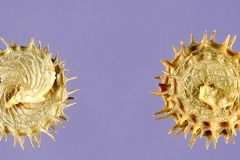 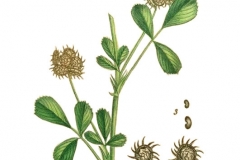 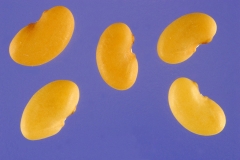 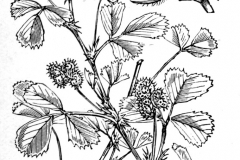 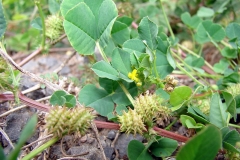 Fertile flowers are followed by seed pods, coiled in 2 to 5 spirals, forming a drum-shaped body are about 6–7 mm in diameter, the margins with straight or hooked spines as much as 3 mm long, or occasionally spineless. They start out green and relatively soft, but quickly turn brown and hard. Inside the pod are several kidney shaped seeds usually yellow or tan colored. The burred fruiting bodies can be quite difficult to remove from softer fabrics, such as fleeces and knitted socks.